Included in the topic
#广告圈の吃瓜群众
23 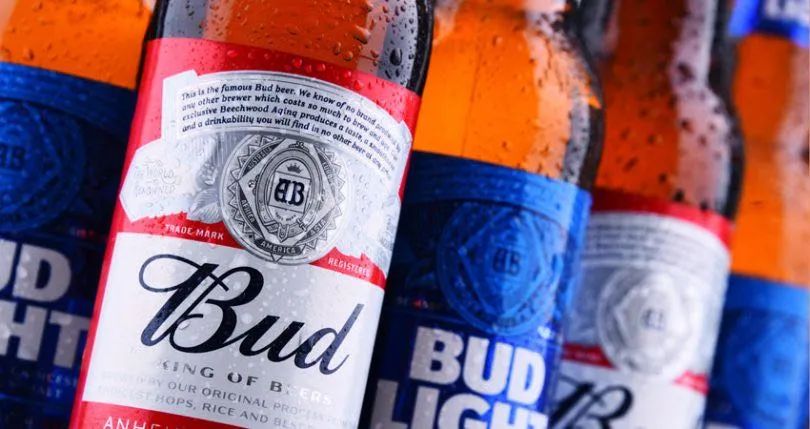 Carlos Brito, GLOBAL chief executive of AB Inbev, has publicly said he is affected by the offline restaurant and bar break.Berwick InBable will cut media spending in the U.S. market。 "We're looking at the relationship between current sales and marketing, and the company will turn its attention to the channels and products that consumers care about." For example, the introduction of larger combination packaging, e-commerce sales and in-store activities. "

Berwick Reported that global sales plunged 32 per cent in April, mainly due to the inability of offline restaurants and bars to operate normally. Last year, Berwick InBable's offline channel sales accounted for a third of the total. So not operating properly offline is sure to be a fatal blow to the world's leading brewer. In the first quarter of 2020, BMW's global revenue fell 5.8 per cent and sales fell 9.3 per cent in the year to the end of March, and the company warned that the second quarter must have been worse than the first.

Mr. Bo did not say how much media spending would be cut. "In this period, you look at everything that is available," he said. This includes abandoning the publicity that some new products are on the market. It doesn't make much sense to the situation. "

The cost controls also include eliminating all corporate activities and travel plans, and the company's top management team has voluntarily cut salaries and voluntarily waived 20 percent of its base salary for the rest of the year.

In addition,The company has also renegotiate with the four major professional sports leagues in the United States。 The National Hockey League, Major League Baseball and Major League Baseball have all suspended their seasons indefinitely. And most importantly, the NFL is also fraught with uncertainty, with the NFL accounting for the vast majority of BVE's media advertising spending, which begins in the fall and winter. While the NFL has not extended the start of the season, it will also depend on whether state governments approve the opening of game facilities and venues.

As with other liquor brands, closed bars have a huge impact on sales, but at the same time sales are rising. Mr Bo said it was too early to predict trends. Berwick's results at the start of the year were largely driven by the closure of China's night market, but the company said it had seen signs of recovery in the Chinese and South Korean markets, and that sales would improve as many merchants resumed operations in an orderly manner.

In addition to Berwick InBever, according to the Wall Street Journal,Big advertisers, including General Motors, PepsiCo and General Mills, are seeking to roll back and reduce their advertising budgets for broadcasters。

Many companies are seeking to take advantage of the option, according to people familiar with the matter. This option is usually listed in the contract, but widespread use of the right is rare. Marketers worry that a prolonged economic downturn will affect their ability to sell their products.

This situation is critical for radio and television media, which rely on advertising revenue. From Comcast's NBCUniversal to Viacom's CBS and Disney, efforts are under way to prevent major cracks in its main business and to anticipate changes in advertising spending in the coming months.

Berwick InBable will cut spending on media advertising
Up to 200 words, currently totalWord.

How much does it cost to run your ads?
String burning . . Wang Baoqiang recorded advertising expenses or was rolled away by Song Wei, master angry 怼 West Lake swimming man
Advertising costs vary from platform to platform, and investing in these bloggers is tantamount to doing it in vain
Jiyin account opening fees, jitter advertising promotion effect, jitter information flow advertising type
Can these fees be recognized as advertising costs? Read the key to the investigation of illegal advertising cases on the Internet