A division of Sony Music Entertainment, Universal Music and Warner has filed a court application for a preliminary injunction against Apple for hosting three copyright-infringing music apps in the Russian App Store, TorrentFreak reported。 Roman Lukyanov, chief executive of Semenov and Pevzner, a local law firm that specializes in copyright protection and represents record companies, told the Newspaper that applications for interim measures for the three apps were filed on October 1, 2020, with Apple listed as a defendant.

The applications were filed with the Moscow City Court and asked Roscomnadzor, the local telecommunications watchdog, to take action to stop creating conditions that would allow a small number of local artists to illegally disseminate copyrighted works. One of the problem apps is PwPee, a music player that provides users with a Spotify-like experience, allowing users to sign up for a free account to access the music catalog, listen to playlists, and download tracks for offline listening. It's unclear where PwPee's music came from. However, according to TorrentFreak's source code check, the application actually distributes the MP3 file for the selected track. The PewPee website offers the same free service using basic browser tools, but can also be downloaded in a way that reveals the exact URL of the song.

Another app mentioned in the complaint is the iMus Music Player, which allows users to stream music tracks extracted from YouTube with ads in the middle. "iMus" is Apple's 104th-ranked app in Music. The third app, called Music Downloader and Player, provides users with a similar ad-based streaming service, with music videos extracted from YouTube, track downloads for offline listening, and a pay-per-view, ad-free subscription.

The complaints follow a new law that came into force last week in Russia aimed at quickly removing pirated apps from the mobile app store. The legislation requires digital distribution platforms to respond quickly to infringement allegations. Failure to do so may result in the Store being blocked by your local Internet service provider. The complaints from record companies were filed in Moscow on the day the new law came into force, and were reportedly considered "water-testing" by the music industry, with other copyright holders said to be watching how the courts handled them. 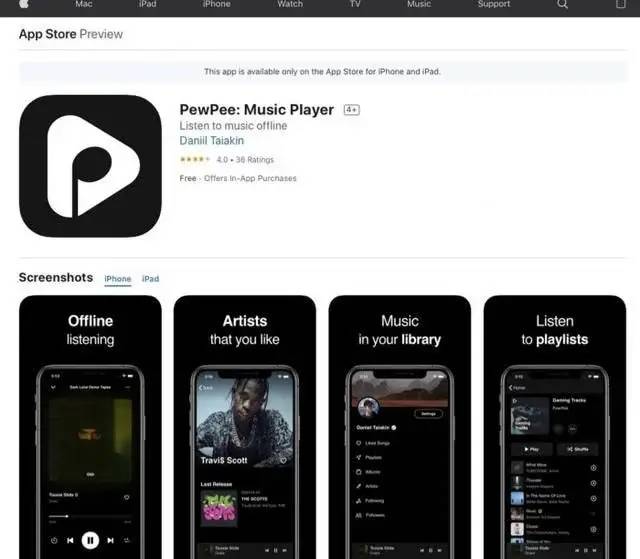 Source: Network
CCDI Copyright CloudWarm Tips
The purpose of this public number reprint is only for the purpose of transmitting information, copyright belongs to the author, if you feel that the information should not be viewed by the public or for other reasons, please contact us to delete, thank you!

Apple has been targeted by record labels for allowing copyright-infringing apps to go on the Russian app store
Up to 200 words, currently totalWord.

Bilingual Foreign Journal . . Responding to a mid-life crisis
Misappropriating 9 million public funds to reward female anchors: how hot the net red, how lonely the men behind it are
Good business comes out of shouting! Honey Snow Ice City wrote a song that can brainwash a street
Google creates Youtube shopping mall? Google Shopping is in big action again?
Small not gas station . . Where's your Google ad? Come and explore them and then go missing