ACA5/Prop.16 News: California is not calm ahead of the election, with more than a thousand "Love America" vehicles out of the streets to protest 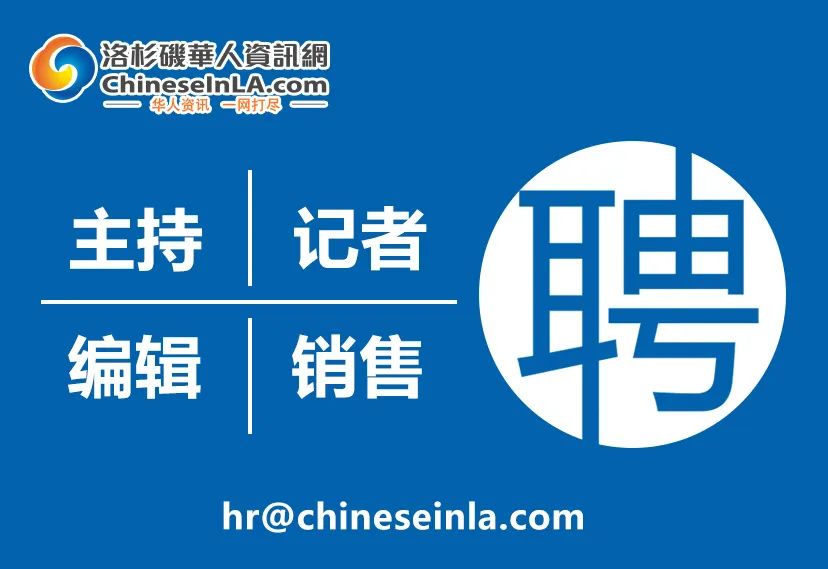 With less than 30 days to go until the November 3 election, the recent Prop.16 proposal is intensifying. Prop.16 Supporters' political donations totaled 10 million, of which more than 5 million were from African-American real estate developers alone, and Prop.16's opposition base was grass-roots, although the total amount of small private donations was less than one-tenth that of their opponents, but the number of winners was large.

Since June, there have been more than a dozen ground protests against Prop.16, large and small, every weekend. Sunday's protest was the largest so far, with thousands of vehicles gathering to protest. Participants come from many different ethnic groups and come together for different "Love America" themes, but opposing Prop.16 and defending ethnic equality is one of the common aspirations.

Yesterday, Lo County ushered in another hot day, but did nothing to stop the enthusiasm of the protesters. One Chinese volunteer, who has been busy at the scene all the time, said the protesters came from many different ethnic groups," said more than a dozen speakers who spoke of their displeasure with Prop.16 and called for a "no" vote for Prop.16. " 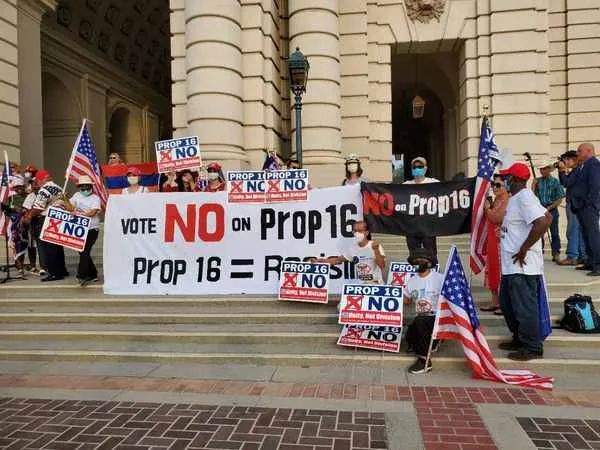 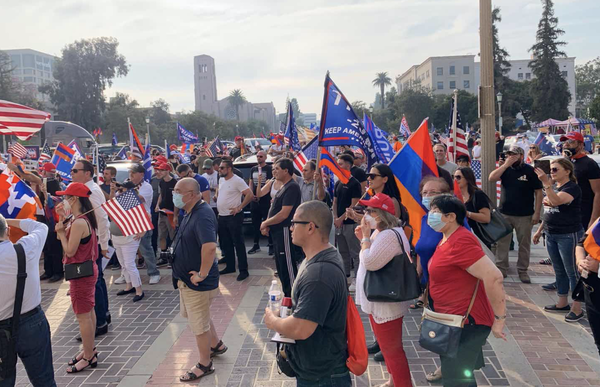 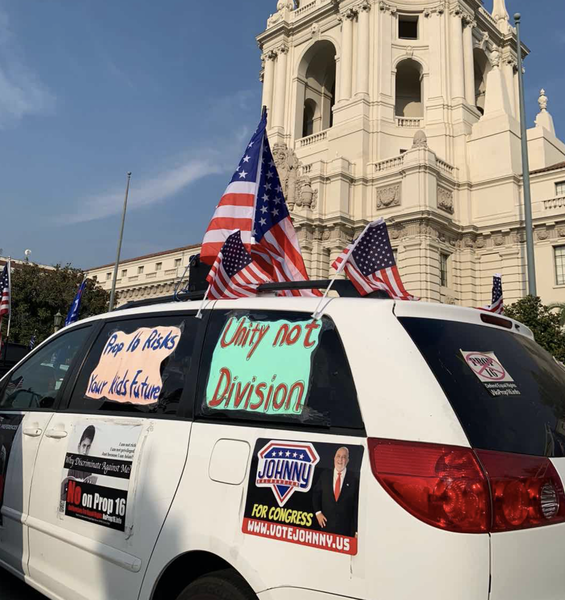 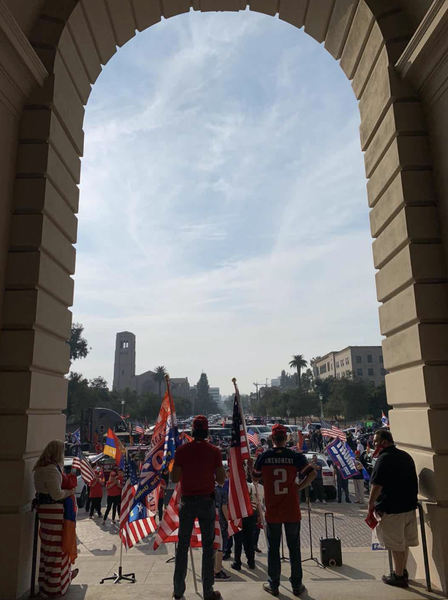 Pictured: A "Love America" vehicle parade and rally organized by multiple ethnic groups on Sunday attracted thousands of vehicles. (The above group diagram is provided by on-site volunteers)

In addition, according to volunteers opposed to TheProp.16 campaign, the current amount of donations is too small, can only use limited resources to do a small number of advertising, but also rely on ground activities to cooperate, "after all, we are popular, every march to protest can mobilize a lot of people to participate." "And the opposition is keeping a close eye on the advertising bombing of the pro-side, and they're seeing a strange phenomenon: "They're well-funded and they're probably still manipulating the data with money." We found that the number of likes below their ads on Youtube would decrease, wouldn't it be a little less? "

However, in a recent debate between the positive and the bad sides, Prop.16's supporters suddenly came up with the phrase "more money doesn't necessarily win..." to the surprise of all online viewers opposed to Prop.16, and it seemed that both sides of Prop.16 were under very different pressure.

Los Angeles Focus is a public number owned by the Los Angeles Chinese Information Network, which is dedicated to providing timely, credible and hands-on Chinese information. 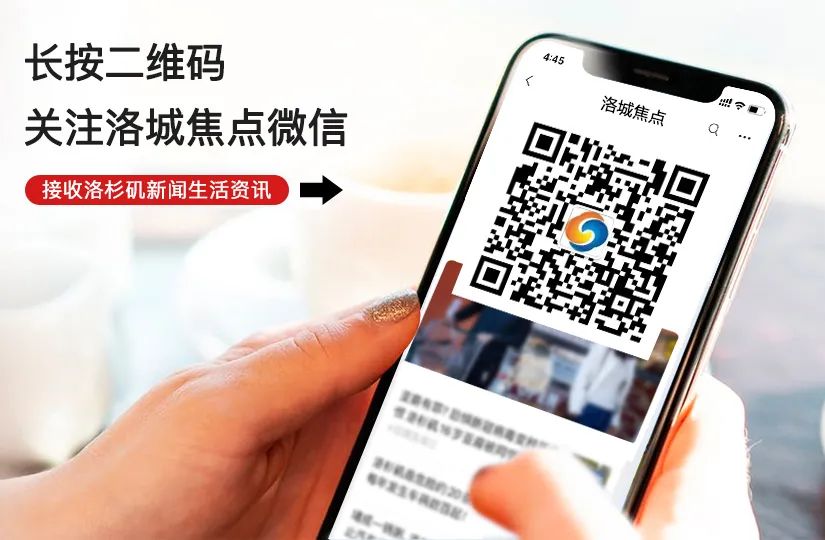 Chinese information a network to fight 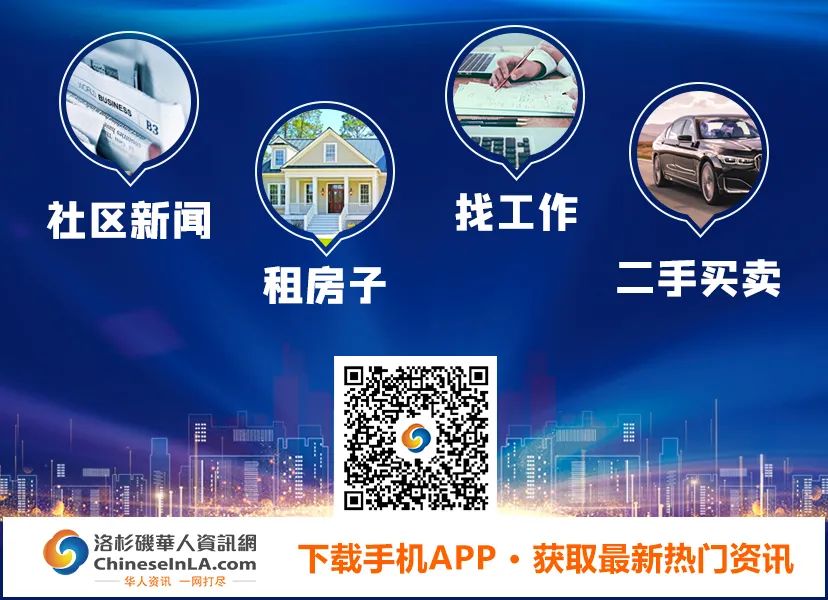 Trump is getting better or out of the hospital on Monday! Biden poll expands again with confidence tweet: Call my wife "first lady"...

Trump's condition is uncertain, and sources say there are no obvious signs of recovery, and the next 48 hours are key! The hospital bed suddenly stated that it wanted to pay benefits...

Newsom signs the African-American Compensation Act for $350,000 per person! Chinese angry: California is ruined! A tax increase for all?

Heavy! Immigration application fee increase was urgently called off the price unchanged! "Trump's appointment of the Secretary of Homeland Security is illegal," the federal judge said

The winner of the first debate of the U.S. election was him! Raise $8 million in 3 hours! 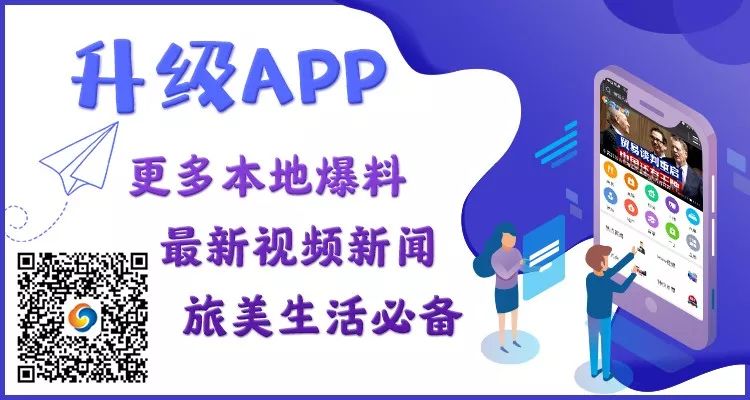 ACA5/Prop.16 News: California is not calm ahead of the election, with more than a thousand "Love America" vehicles out of the streets to protest
Up to 200 words, currently totalWord.

Is the dialogue Old Wu YouTuber worth more than CCTV?
Read "Discussion on the Digital Transformation Path of Advertising in the Age of Artificial Intelligence"
Matthew Williams is in charge of GIVENCHY's first commercial
Holiday return to charging Google also has a mid-life crisis? In the 2021 school year membership recruitment
B station "back wave" of the gold trap