Watch the program-based ad crisis through YouTube events: big-brand ads may be re-moved to tv platforms

The YouTube event has sent the advertising industry into a shock, with big-name ads likely to shift back to television platforms 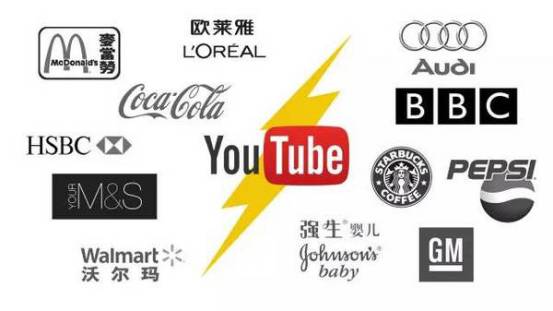 The Google advertising scandal, which has been boycotted by many advertisers for ads on the side of terrorist group videos, is the latest event in the world to be watched.It is estimated that at least 250 companies or institutions have announced that they will stop running ads on YouTube platforms.Fearing such a thing would happen again could also result in Google losing $750 million in revenue.

Marc Goldberg, chief executive of Trust Metrics, said: "Google's problems this time have worried many advertisers, but this is a good thing for the industry. "Indeed, when a thing is in rapid development, a sudden emergency brake, will let it temporarily calm down, introspection is not ignored something, so as to better on the road."

YouTube's mistake to some extent exposed the Internet's big data era, industry people on the network data and program of excessive trust and dependence, but also reminded brand owners, although the program is convenient, but uncontrollable, invisible also make it a greater risk of delivery.

Google has long been a digital advertising giant, and Facebook has taken 70 percent of the industry's advertising budget. Although the incident only cost Google a lot, but the impact on the entire advertising industry is huge. 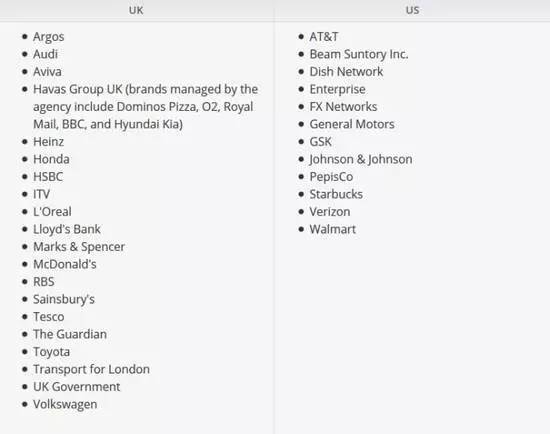 TV advertising platforms may be re-valued.

Industry experts say big brands may adjust their advertising strategies to shift to traditional television media based on their fear of digital marketing. 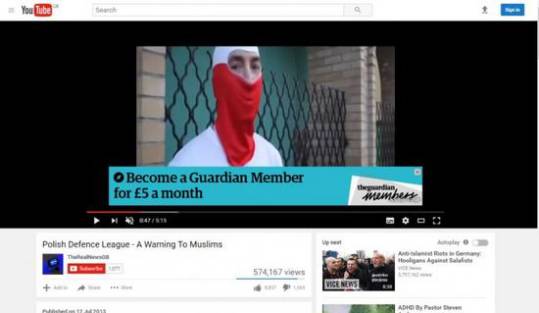 A Guardian ad appearing next to an extreme YouTube video

Prior to that,Procter and Gamble and Coca-Cola, the world's leading brands, have questioned the effectiveness of digital marketing and put television advertising at the fore.

Marc Pritchard, Procter and Gamble's chief brand officer, blasted the shortcomings of the media supply chain: "Our media supply chain is full of darkness and fraud. We need to clean it up and put the time and money we save into better advertising to drive sales growth. "The YouTube incident also confirms that their accusations and concerns are not hollow.

According to eMarketer's latest forecast, China's advertising program spending will reach $16.74 billion in 2017, an increase of 51.5 percent, accounting for 58.0 percent of China's online display advertising spending. With hundreds of billions of markets approaching, the media and advertisers will face a more severe test.

With the popularization of programs, media resources are abundant.Programd purchases free up ad value for long-tailed traffic, but because of the opacity of the ad serving process and the inaceration of the final results, data fraud is also given more opportunities to enter the market.

For example, which DSP cast a portal's programmed ads, resulting in the portal's server logs without any record of advertising, and others, advertising in pornography, gambling and other places with huge traffic, and advertising in these places is definitely not what advertisers want.The problem of false traffic and advertising visibility has become an insolvent industry "cancer". 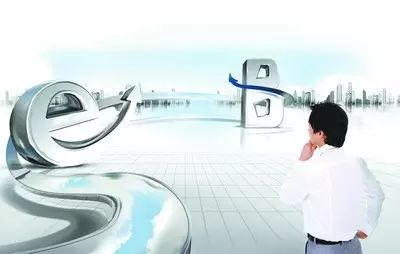 Adobe Digital Insights surveyed 1,000 U.S. adults about what best improves online advertising. The most common answer was "Don't be too frequent" (37%). "Chaos is a problem for older consumers, with 45 per cent of over-64s saying online advertising is cluttered. Half of Millennial respondents said there were too many ads on their smartphones.

Too many pop-up ads has always been a problem, which is why ad blockers are becoming more popular.

Online advertising is getting more and more expensive.

The increase in the cost of online advertising is related to supply and demand. ADI's report shows that us website visits have fallen by 0.4% in a year and a half;Consumer website usage is also declining.As a result, costs have increased.

In addition, ADI data show that video ad completion rate of two-thirds, the cost increased by 48%. This showsCreativity can affect advertising costs.

On the other hand, the television media, from the Internet to the advertising industry brought great panic, some people deliberately enlarge the advantages of Internet advertising, comprehensive, strong singing down their own. In fact, it should be said that the two have advantages and shortcomings, but driven by the development dividend of the Internet, the growth momentum of Internet advertising in the past two years has only become more violent. In fact, the editor thinks that the advantages of television media advertising are obvious. Perhaps the 2017 TV platform will be re-valued by the big brands.

1, although television advertising ushered in the winter, but no well-known corporate brand is built through the Internet。To be authoritative and famous, you have to be on TV.Businesses and media practitioners need to re-learn about television.

2, television stations have the largest number of audiences, can be inIt has a huge impact in an instantto spread information quickly and widely. Break points are important.

In 2016, there were two or three case-level brush screens, all of which originated on the television side. For example, the exhaustion of the "flood power" of Fu Yuanhui;For example, Wang Jianlin acceptsA sentence from an interview with Lu Yu's Day Curry Day: Set a small goal first, earn a billion first... The same is true of 2017, as illustrated by the recent tv drama "The Name of the People."

4, the major television stations are taking the road of branding. Major television stations attach great importance to their own positioning and brand building, at the same time, also pay great attention to working with advertisers to build programs in depth, two-way promotion of brand building. Recently, Hunan Satellite TV's variety show "Singer" and a car brand cooperation was a big win, the program's very high quality to help brands stand out in the market competition, sales jumped 527.24 percent year-on-year. In fact, this is not a case in CCTV and first-line TV cooperation with major brands, they are allIn the advertising service to inject new functions, new elements, new means, the effect is obvious.

Part of the information from: China Advertising Network Information, 199IT Internet Data Center 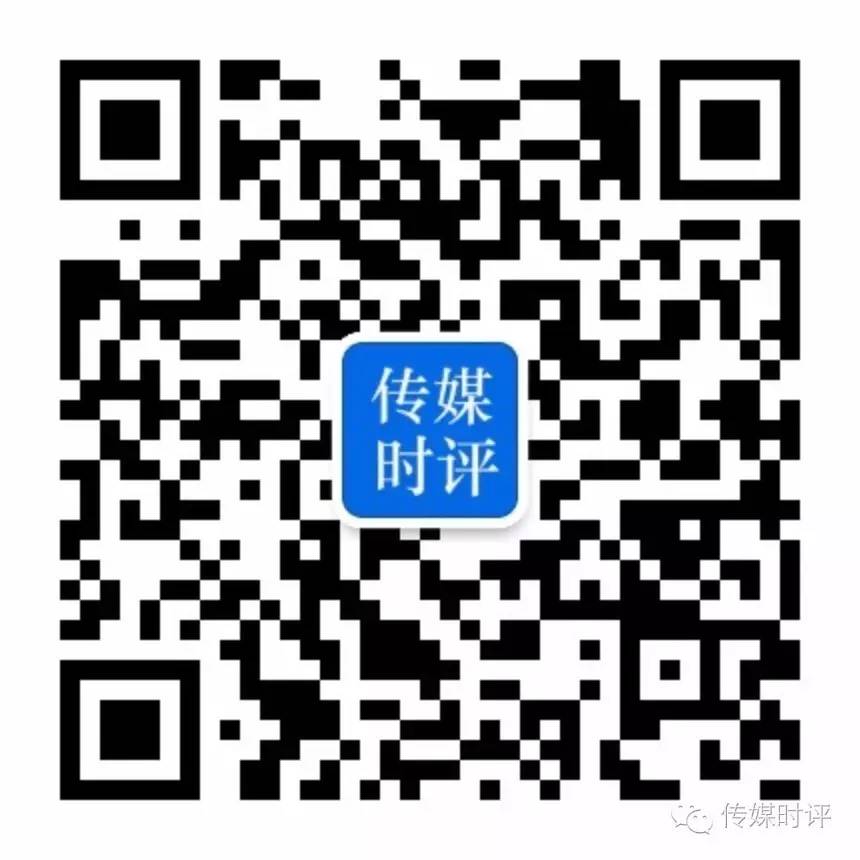 This article was originally published by the public number Media Times

Watch the program-based ad crisis through YouTube events: big-brand ads may be re-moved to tv platforms
Up to 200 words, currently totalWord.

How do I increase sales by adding coupons to my Facebook ads?
Do you really understand these six Facebook ad metrics? (Up)
11 Facebook ad product updates: January 2018
Export e-commerce sellers must learn the 6 skills of Facebook advertising marketing, off-site diversion attention!
Facebook Ad Retging tutorial - How to maximize your ROI