Recent hot SPOT has received great attention from players in the circle, but also attracted a lot of CEX's attention, in addition to some forced online small exchanges, DEGO also free of charge on MXC (matcha), Gate (Sesame Door), Kucoin (kucoin) and other well-known second-tier exchanges, FireCoin and OKEx are also on the social platform on the NFT plate frequently, DEGO landing three has been on the road. 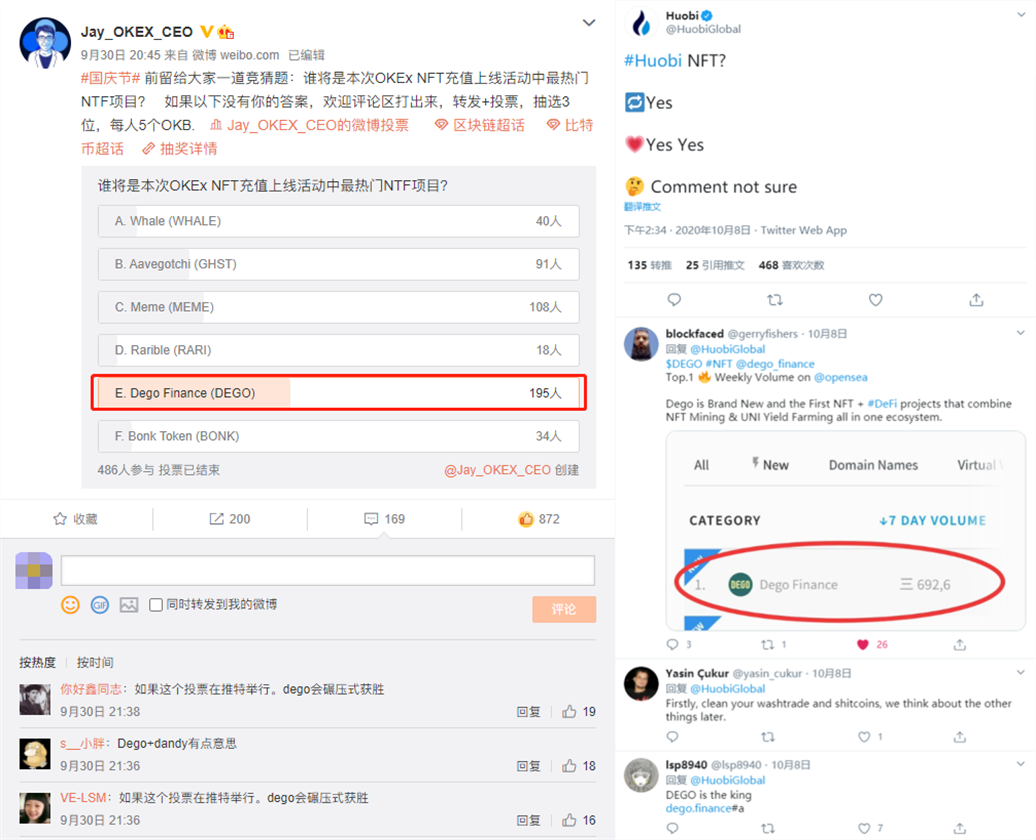 In addition to free access, DEGO has recently reaped a new privilege. On the 10th, Kucoin Twitter announced that it will donate 100,000 KCS (Kucoin Platform Currency) to support the development of DEGO, distributed through NFT mining, worth about 570,000 yuan. 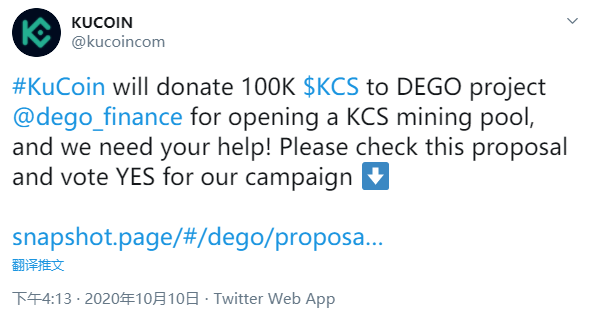 Kucoin launched the proposal in the community, presumably playing the following: the 100,000 KCS donated by the Kucoin will build a KCS mine pool in which players can use NFT to pledge mining, while Kucoin also raised 30,000 DEGO in the community to mint NFT, the specific play is still waiting for a follow-up announcement. The proposal, which had a one-day voting time limit, was now over and had overwhelming support. 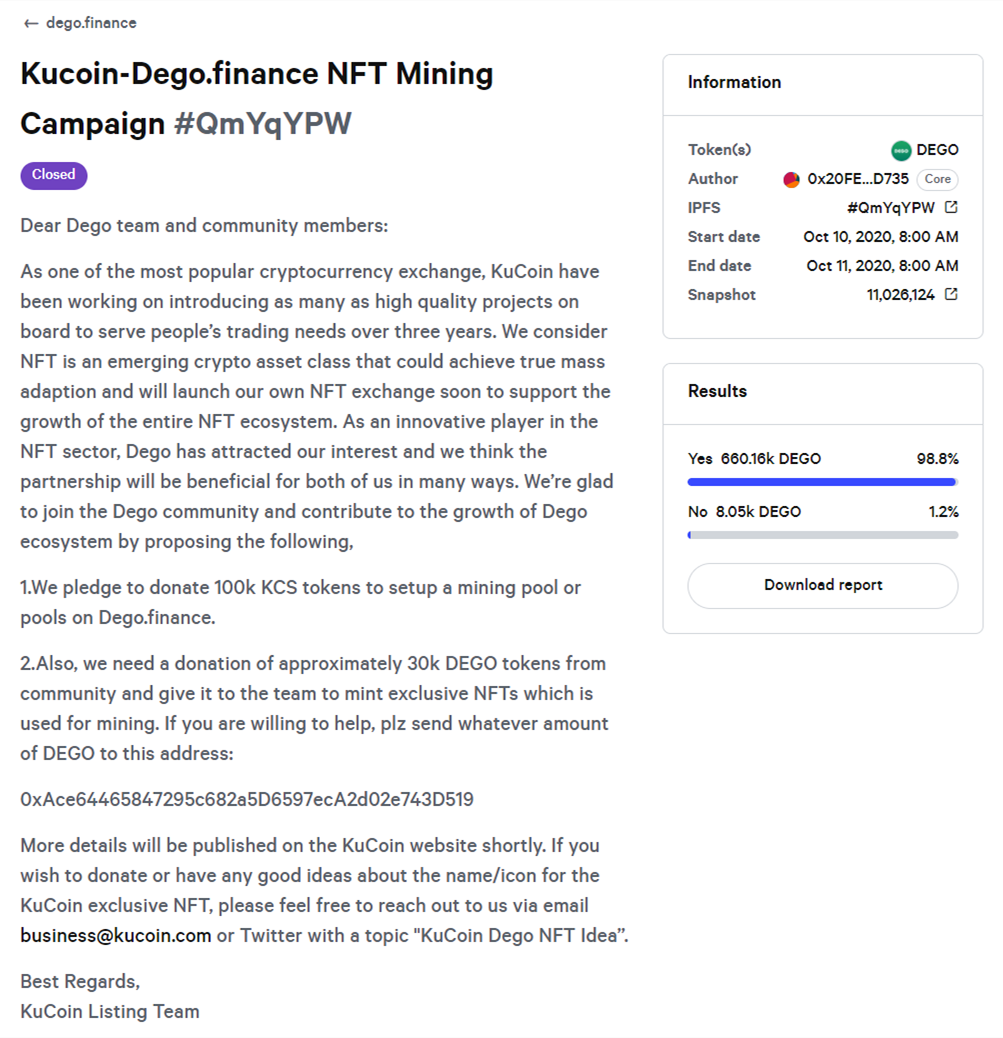 First, the interpretation of the donation of treasury coins

This event in the whole history of encryption is unique, in the past, the project online exchanges have to pay a high currency fee, this time DEGO not only zero investment landing on the currency, but also let the cocoon voluntarily pay to support the development of DEGO, not only white, but also 薅 wool, marking DEGO became the first "negative fee" on the coin project.

Perhaps a lot of people will be confused about the treasury money this time, throw 570,000 is only a hot spot for the wave DEGO?

This incident is certainly not just a donation of a mine pool so simple, we carefully pick up the logic can be found that KCS importED DEGO system, for users, coins, DEGO three parties have a good. 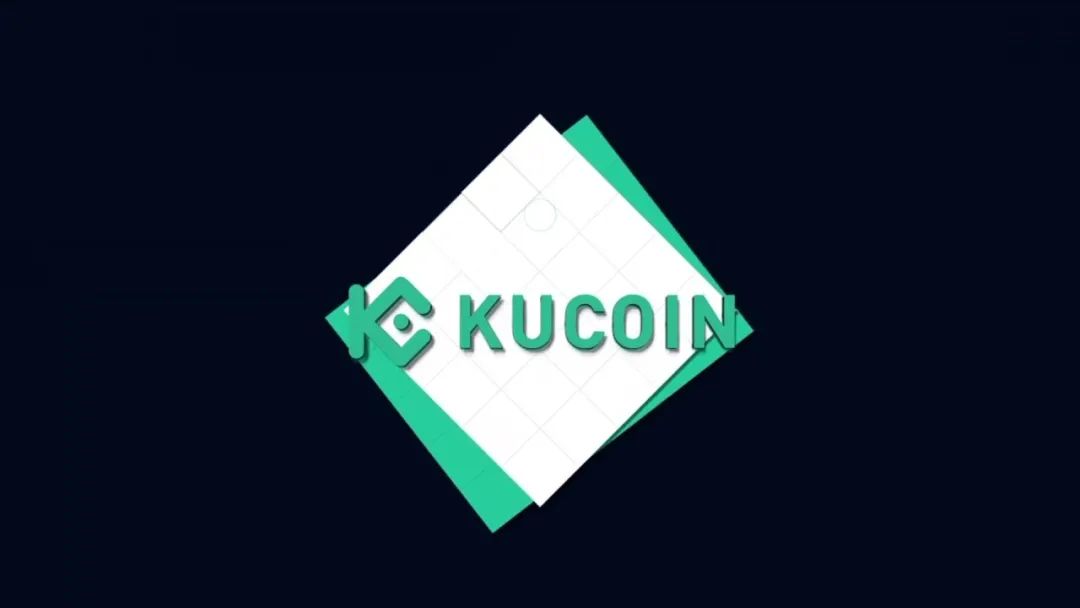 According to the mining rules, 100,000 KCS through NFT mining, players can use the original NFT shovel, can also put their own DEGO to generate the library currency "joint version" of the NFT to mine, essentially to the welfare of DEGO holders. This is an added revenue path for players who originally owned NFT, and players without NFT can also cast joint NFT to mine. Other NFT value attributes in the co-branded NFT and DEGO systems are consistent, encasing both DEGO tokens and mining values and cultural values.

In the process of player participation, you can not only dig KCS, but also enjoy the NFT growth value brought by DEGO value-added, but also enjoy the added value of NFT, such as after digging KCS can also dig other tokens, or sell profits on NFT trading sites.

Advertising effects and branding:In the rules of digging KCS, not direct pledge DEGO, but pledge NFT mining, so that the cocoon on a one-time step into the mining and NFT two popular tracks, but also with the help of the joint NFT to play the brand of currency, access to market influence.

Accurate access and user retention:Players dig out is KCS, need to register with the Treasury Exchange and sell profit, experience the complete cashing process, pull the new effect is significant, the user retention ratio will be very high. This means that 100,000 KCS can harvest a lot of users, and are DeFi and NFT two new areas of the cutting-edge players, the main business of the kucoin this year is concentrated in these two areas, this wave of operations to obtain users are accurate traffic.

For this effect, the investment of 100,000 KCS is already very low cost. Comparing the cost of the Internet giants, Wu Xiaobo mentioned the data in his 2019 end-of-year speech: Taobao 536 yuan, JD.com 757 yuan, more than 143 yuan. Cryptocurrency exchanges, an industry with a small user base and high barriers to use, will only be more expensive to get customers. Kucoin this wave of small-cost marketing is indeed a high trick, very original DEGO NFT airdrop style.

DEGO system play is very diverse, NFT blind box, NFT auction, mining and other ideas so that countless players are dumped. The new pool of 100,000 KCS brings a new way of playing to the DEGO system, but also provides additional revenue opportunities for players, and the deep participation of the coin adds a layer of "classical currency circle" endorsement for DEGO, especially the influence of the coin in overseas markets and this year's DeFi market is still very high.

This wave of earnings temptation and famous BUFF, attract traffic is not water into the canal?

In summary, this event opened up the new and old coin circle industry integration, is the CEX and DeFi / NFT project for the first time in the true sense of the chain "joint name." The three parties achieve a win-win situation by available benefits to users, traffic to treasury coins, and more scenarios for DEGO.

Second, creativity and marketing are the core competitiveness of DEGO

The blockchain market is not only a competition for technology, but also a battle for play, creativity and marketing, especially in DeFi, where technology barriers are already low, where great creativity and high heat are the basis for a successful project.

DEGO created a number of hot spots after the online, from the beginning of the NFT airdrop attracted 40,000 people to enter, NFT auction opening auction sold for 300,000 yuan, to this time the treasury currency entry, the second time the market marveled: "can still play like this"?

Two days ago DEGO began a new round of NFT auctions, auctioning two NFTs, Donald Trump and Joe Biden, and early on Twitter, a wave of US election hot spots. Comment area players crazy two protagonists, if the two can retweet the comments, then DEGO is completely on fire, this possibility is still there, after all, for more than DEGO will play Chuan Jianguo, anything is possible. 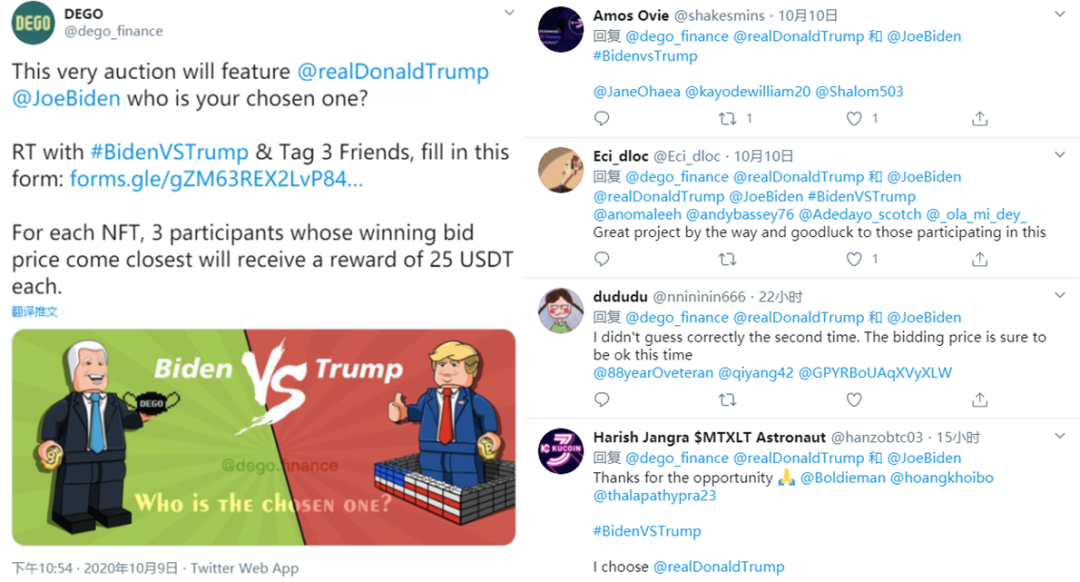 With the fermentation of several hot spots, DEGO in Twitter, Telegram and other social platforms continue to soar in heat, reflected in the currency price, in the past few days when the whole coin market fell still strong, or even against the trend. This is just the beginning, after all, DEGO only came online less than a month, there will be more play and possibilities.

Third, from the event insight into the market wind

Through the phenomenon to see the essence, from this coin incident can be seen the current blockchain market wind.

The DEGO project has received a lot of attention, and its innovative play has touched everyone's excitement. In particular, the setting of DEGO NFT not only triggered the market FOMO, but also derived from the integration of products such as cocoons. Subsequently, with the various forces and DEGO's chain of deep cooperation, DEGO will firmly grasp the "traffic monster" of the gold signboard.

According to DEGO's roadmap, in October DEGO will be the first multi-chain parallel DeFi project, when coin security may also come a wave of similar operations, DEGO NFT dig BNB is just a day to go.

Both DeFi and NFT are the products of the "New Coin Circle", and the DEGO project is the leader in the New Coin Circle. This time the treasury coin as a representative of the classical coin circle came to DEGO to stir up the situation, explained that CEX under the pressure of the new currency circle, the general "flow anxiety", its main business including trading, lending, financial management, etc. is facing a crisis of revolution.

In this situation, CEX can only continue to seek the direction of breaking, the initiative to embrace the new coin circle is one of the best break strategy. To borrow the famous saying of American business: "If you can't beat your opponents, join them", and joining them means that there will be a place to declare war and resist, but you may be left behind by the market.

3. NFT has become a new hot spot in the market

Cocoon's commitment to DEGO and its absorption of NFT's play, as well as the recent focus of OKEx and FireCoin on NFT, reflect that NFT will be the next important strategic point in the blockchain market. CEX has already begun to land on the beach, and more institutions may join in, which may trigger more frenzied market enthusiasm than DeFi.

The future of DEGO: a broader modular portfolio

Coin established KCS's NFT mine in DEGO, a joint name that spans the old and new coin circles. DEGO, one of the few creative wins in the recent market, combined with this year's most sought-after CEX coin in the DeFi ring, will explode no less than the real-world Fujiwara AJ3. Once this wave of operation is successful, the subsequent CIX x DeFi NFT co-masterpieces will be more and more, DEGO's NFT play will also be carried forward.

The co-branding effect fits the design philosophy of DEGO modularity and aggregators, but what we didn't expect was that DEGO would not only be able to aggregate other DeFi protocols, but this time also the CEX platform currency. This is equivalent to the Taobao collar Beijing beans, in the multi-collar gold coins, an entrance aggregates the proceeds of the whole network, DEGO's modular aggregation builds a bridge between the two worlds of CeFi and DeFi.

For the future of DEGO, I am full of expectations, after all, this non-do not play the way behind the scenes team has shown a strong strength and rich brain hole, as a copy of the disc can not start the project, DEGO may become the next unicorn after Uniswap.

This article is from WeChat Public, Black's Theory. Originally written by 鳯 Li, the nameson of Weibo 鳯 Li, valuable blockchain views and stories. If you would like to communicate one-on-one with Black鳯Li, or join the "Brain Center" to explore the nature of the problem of a small group, to understand black鳯Li timely release, exclusive to the circle of friends in the relative field of emergency analysis, please add WeChat lurkboy. Please indicate your real name/industry/company when adding, otherwise it will not be approved.

Traffic behemoth DEGO: A magical project to get coins "negatively charged"
Up to 200 words, currently totalWord.

Algorithms under which we are being analyzed and predicted, do you feel it?
Spell more cut price mutual aid group number free cut price
Sending codes to the universe on behalf of humans...
Japan asks foreign media to write the prime minister's name: it's Shinzo Abe, not Shinzo Abe!
Break the record! Tmall 618 has a cumulative order value of $698.2 billion; Dong Mingzhu says live shipping is a gimmick; and WHO: the new crown vaccine may be available by the end of the year