Russia's World Cup recently started, for the vast number of fans to feast on the summer. As the schedule progresses, France, Argentina, Germany, Brazil and other big-name teams have played, or continue to write legends or burst out of the cold, the attention continues to escalate.

Such a high-profile World Cup is undoubtedly the brand arena of global enterprises, is the enterprise to achieve brand value corner overtaking golden shortcut, top scarce resources led to countless enterprises to compete. 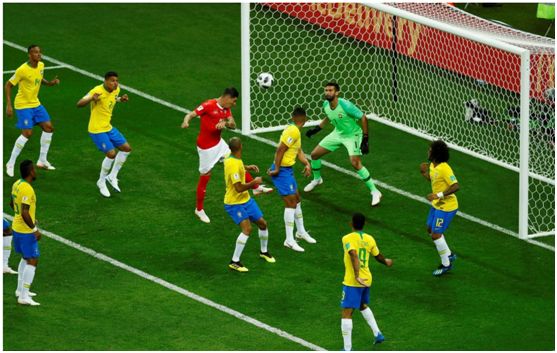 Real estate is well-publiced, the three most important elements of buying a house are "location, location, or location." This sentence placed in the advertising dissemination, the brand when advertising is always "segment, segment, or segment", CCTV live broadcast the four-yearly World Cup gathered the eyes of fans all over the world, undoubtedly representing the most scarce advertising resources segment.

Among them, Mengniu, vivo, His letter three enterprises are the official sponsors of the World Cup, in addition to the large-handed alliance with FIFA, they also choose to continue to add code CCTV World Cup advertising, seeking to maximize brand communication. 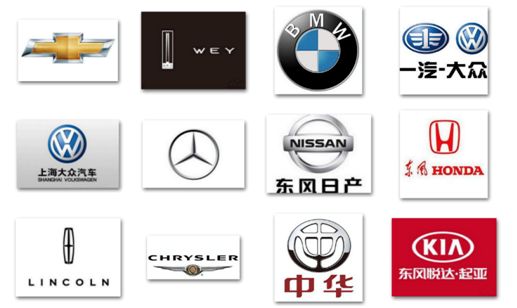 Automotive brands occupy an absolute advantage in quantity, free to gallop in the speed, passion and the World Cup complement each other, including BMW, Beijing Mercedes-Benz, Lincoln, SAIC GM, Great Wall WEY, FAW-Volkswagen, SAIC-Volkswagen, Dongfeng Nissan, Dongfeng Honda, Chrysler, Brilliance China, Dongfeng Yueda Kia and many other car brands, so that the audience in the advertising at the same time enjoy the visual experience of the luxury auto show. In addition, travel-related brands include World Cup regional sponsor Yadi and michelin, a well-known tire brand. 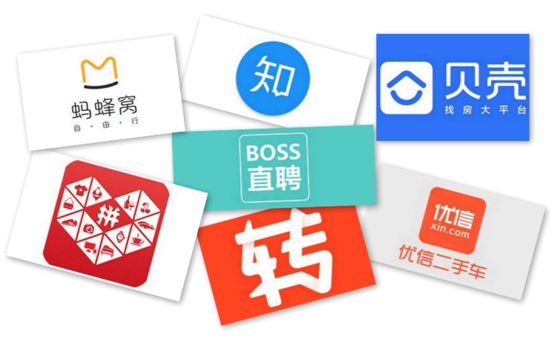 The number of Internet brands is second only to automobiles, including Youxin used cars, 58 city-to-city turn, multi-do, chain home, BOSS direct employment, horse cellular, knowledge and other Internet enterprises, relative to the traditional enterprise set up a short time but rapid growth.

In addition to vivo, the mobile phone brand also includes its brother OPPO, the main fan culture of Xiaomi. All three companies are among the best in domestic mobile phone brands, ranking in the top four in China's smartphone shipments and market share in the first quarter of 2018, while Huawei, the top-ranked company, was selected for CCTV's "National Brand Plan". Not only do these four companies have a large number of users in China, but they have also grown significantly in overseas markets. 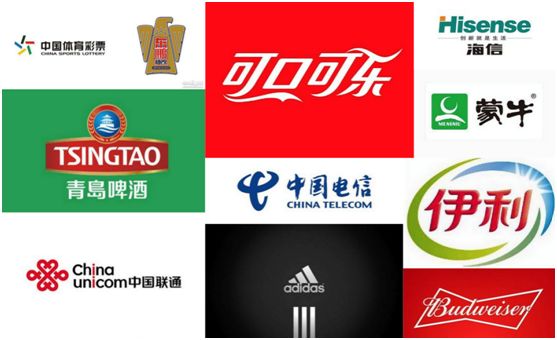 The commercials are full of ideas,

All walks of life compete for glory

In addition to preempting the world cup scarce advertising resources, the major brands to achieve good communication results and its advertising creativity itself is also separate, these ads have their own characteristics, each industry also has its own distinct characteristics.

Tsingtao beer ads cleverly use the concept of crustal movement, the picture is full of seaside and cliff scenes, all kinds of enthusiastic crowds gathered together to look like a duel and like a carnival. The seven plate continents were reconnected as people raised their feet and shot the football into the sky. The film's background music cheers warmly and beer bottles are crisp and interwoven, showing both the natural connection between beer and watching football, as well as the image of the World Cup connecting the world, the sky is empty, the brain hole is open. 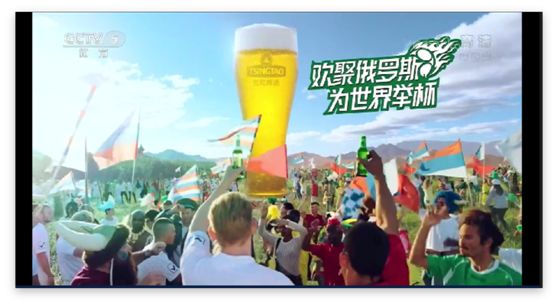 Internet brands have adopted a more light and concise style, complemented by classic repetitive presentations to deepen the brand impression. Although some advertisements appear in controversial forms, they further amplify their dissemination.

Horse honeycomb advertisers hit a "travel before the horse honeycomb", through the Tang monk repeatedly deliberately interrupted, the advertising language unknowingly printed into the hearts of the audience. Through the magic advertising song, the style is alive and rich in life, will be the earworm effect (ear worm effect) to the maximum. BOSS direct employment is even more extreme, adopted a multi-person way of shouting slogans, the young people in the ads in a spirited line up neatly, holding up banners and shouting "promotion, pay rise, talk directly to the boss" desire, full of impact. 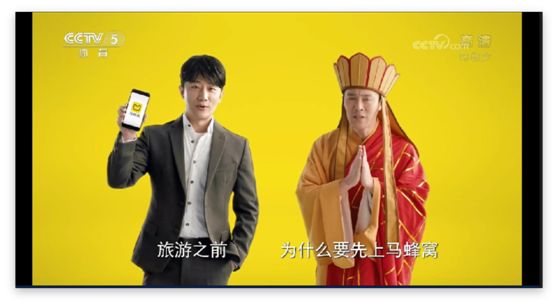 Automotive brand advertising mostly maintain a consistently dynamic editing style, the car image with stars, bicycles, nightclubs, boxing, cyn wheels and other style elements, will be the vitality of the performance. Dongfeng Nissan is to break through the routine, directly in the advertisement to drive the car on the field to play football, throw the tail to break the door score with passionate commentary to impress people. The Audi Q5L is a break from the traditional image of urban SUVs, with roof-top boat-mounted bikes that travel through the mountains in a liberal fashion. 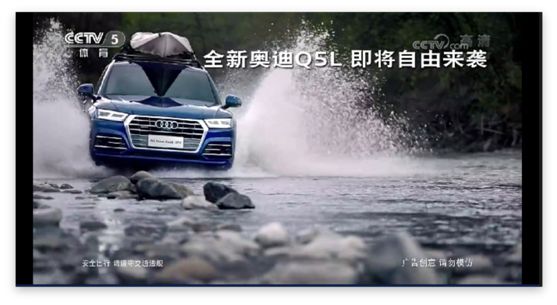 4-mobile phone: don't talk about parameters or even the whole process do not see the mobile phone, look full of points

Vivo and OPPO two mobile phone ads against the traditional mobile phone advertising, not to talk about parameters and hardware, but to declare brand status and create suspense-based. Vivo makes the most of its status as the official sponsor of the World Cup, with the ad featured "This moment, the world is watching" and "It's time to bring the honor home", echoing vivo's "enjoy the extraordinary" philosophy. OPPO is the whole process does not appear mobile phones, through the film star Neymar was attracted by the mysterious woman of the picture of OPPO new machine to the user attraction. 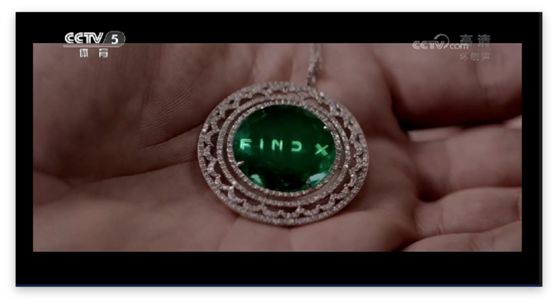 The value concept is demonstrated,

After talking about creativity, let's take a look at another notable feature of this World Cup advertisement, that is, advertisers pay more and more attention to the concept of brand values, through advertising to see the brand ideal.

As the official sponsor of the World Cup, Mengniu has put its advertising on the top of its brand values. The brand's most burning advertising words "I am not born strong, I am only born strong", ignited the audience's heart of self-improvement; Mengniu crown milk "a cup of yogurt, can not change the world, but can make me better", giving people positive strength; Mengniu Yuyi C a "often active often young", it is easy to express the brand's pursuit of health. 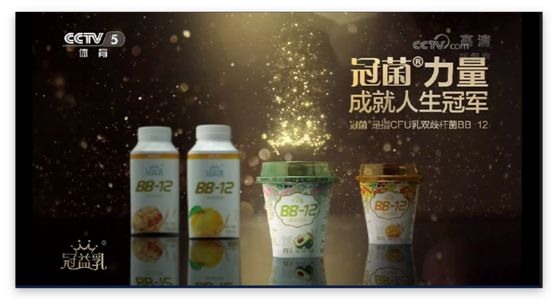 2-Lincoln: Adventure is something worth repeating

Lincoln MKX as a medium-to-large SUV model, the main key word is "adventure." Is a life of peace and stability and never taking risks a little boring? Lincoln in the film shows the vehicle in the storm and desert forward scene, giving people the wild power of sports and exploration, so that the audience's blood and also aroused the audience's spirit of adventure. In addition to luxury, give the brand a richer value concept. 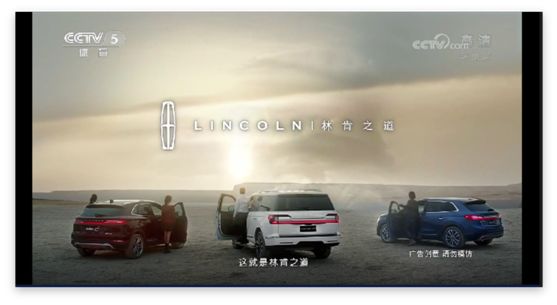 3-Erie: Nourish the teenage dream and become a world champion

Remember the dream when you were young? Everyone's eyes are on the star, but Erie has named the main character in the commercial as a teenager fighting on the pitch. Despite the selection of Benzema, Kroos, Navas, Llorente four Real Madrid stars, but the real message of the film is "today's youth is tomorrow's star", but also the Yili brand and nourishment of the teenage dream closely linked. 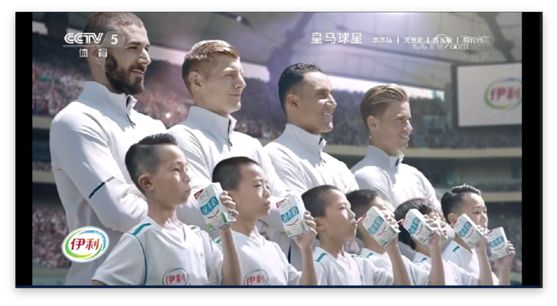 4-Chevrolet: Those who fight are really alive

Chevrolet's two ads also made a name for them, most directly referring to a line in The Comaro ad, "Those who fight are truly alive." It's both a tribute to Comiro's fighting spirit and a tribute to the players who fought on the pitch. 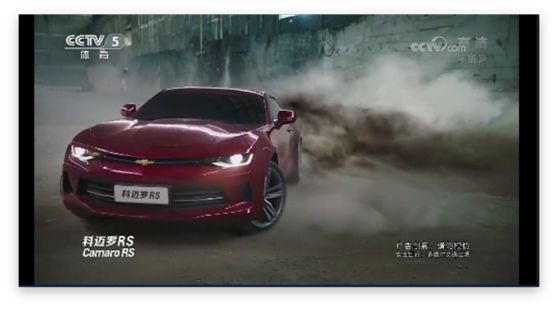 Dongpeng special drink advertising theme is simple and clear, in a word, spelling! In recent years, the Internet has been popular with too many "bereavement" emotions, the urgent need to "fight" the spirit to inspire. Struggle strength, spelling state, spelling faith, this concept and the World Cup conveys the values of the same, but also in line with the spirit of the times. 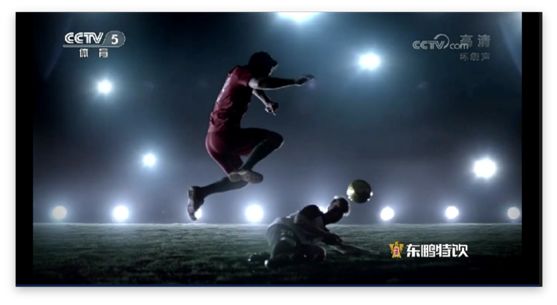 The title of the section is "Run fine and silent"

The above mentioned advertising creativity and value transmission, can play a role in the dissemination of amplification effect, and for the World Cup advertising such a scarce resource, platform innovation is an important way to maximize advertising effectiveness.

In this World Cup live broadcast, CCTV has innovated the form of advertising display, will be important live column for the layout of cutting, authorized different advertisers to carry out the title, not only expand the title display space, but also strengthen the brand and column content of the correlation, "fine and silent" implanted in the hearts of viewers. 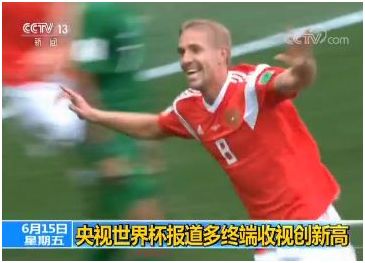 Data show that the World Cup CCTV multi-terminal view record high. On June 15th alone, CCTV World Cup broadcast and coverage reached 629 million viewers across the country, and the brand owner gained a large exposure, and the brand spread reached a large number of people. Russia's World Cup and China's five-hour time difference is the "most friendly" to Chinese fans since 2002.

Shen Haixiong: CCTV should use technology and creativity to attract young audiences

Is spring coming for Chinese radio and television?

Changes in the State Administration of Radio and Television

Who's creating the quivering red man?

Xinhua News Agency net red editor: the draft to the "explosion" only a good title

Actor Huang Bo, invited to Zhongnanhai to participate in the symposium, why he

Mimimon will also learn advertising law, and industry and commerce will monitor thousands of public numbers

Seven atypical guesses in China's radio and television industry in 2018!

Media fusion into the second half, tv media still have a chance?

Is the future coming, do people need technology more, or do they need entertainment more? 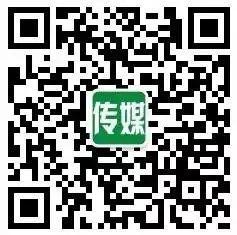 Media CircleWeChat from the media platform, is a leading focus on media, film and television, brand, marketing and other fields of information and intelligence library, 360,000 diligent thinkers of the quality of choice.

If you would like to communicate, please add a personal microseelect:dianyingquan。

This is CCTV's best World Cup ad
Up to 200 words, currently totalWord.