The man smashed 8000W in a Youtube ad but was bloodless, and the Aussies used the action to say: Australia can't be a racist! What policy does it have to do with us after the election? 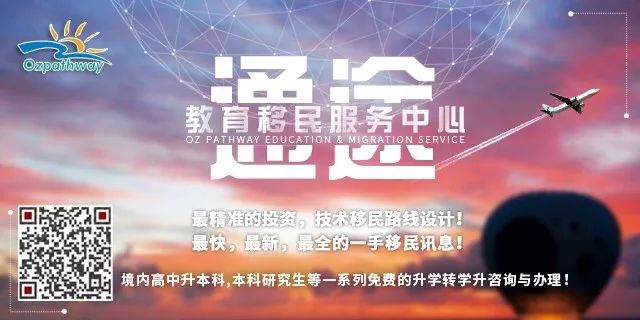 In Saturday's federal election, the ALP miraculously reversed course.Mr Morrison, who has also been re-elected, is expected to be stable in the next three years, as he has been in the past。 And this election, some controversial figures and parties, such asFormer egg-smashing Fraser Anning and Australian National Unionist Party Palmer, who spent $80 million frantically advertising on Youtube but were bloodless, did not win the constituency。 But Palmer said he did not regret the cost, even though the party was not qualified for the Senate. 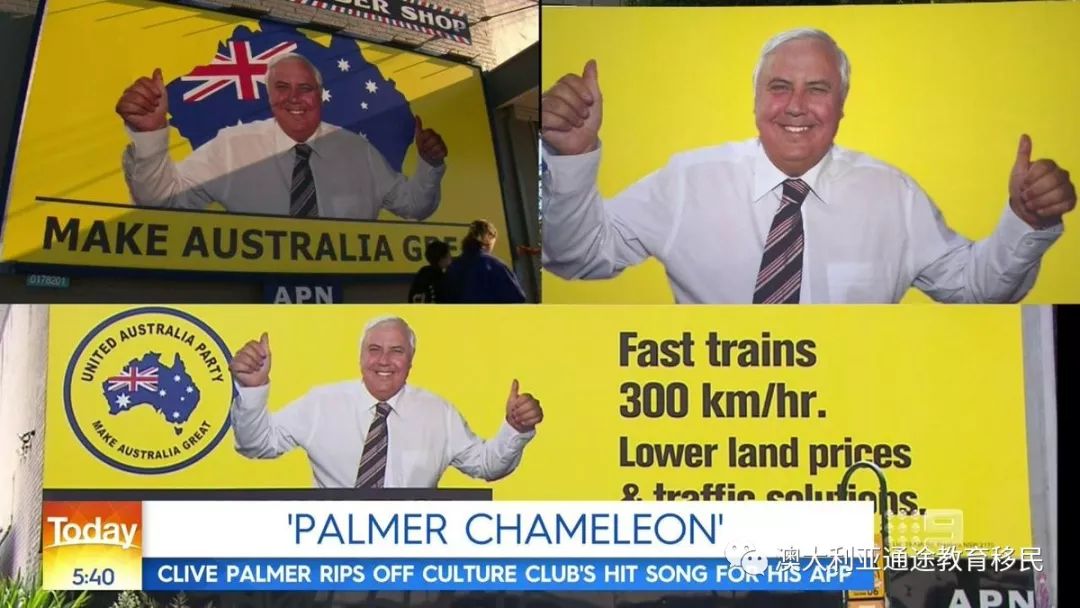 The good news is that parties with racist positions will not have any place in the Australian Parliament!

"A lot of people are worried about the rise of extremism around the world, and what we're doing on Saturday is saying,Australians reject extremism from any party or individual。 Their positions on race are reseedible andThere is no place in the Australian Parliament, and the Australian people agree。”

So for Morrison's re-election, some of the upcoming new deals will go ahead as planned.So Tong Tujun next to give you another sort of finishing, the future of our new policy:

A new deal to reduce down payments for first-time buyers

The ALP promises,The capital, which currently accounts for 20 per cent of first-time buyers, will be 5 per cent, with the government making up the 15 per centThe eligible groups are single homebuyers earning less than $125,000 a year, or Couple, who earn less than $200,000 a year, and details of the policy will be released on January 1, 2020.

New Deal on the Allocation of Education Funds

The ALP has decided to allocate A$23.5 billion to primary and secondary schools over 10 years, and in this election, the ALP will add an additional $4.6 billion to this election, with a transition period of nine years.For universities, the government will invest A$17.7 billion to build a world-class higher education system, and for TAFE, the Coalition will spend an additional A$525 million to subsidised 80,000 vocational apprenticeships。

The ALP will invest A$100 billion to improve infrastructure, including a $2.2 billion road safety plan to renovate accident-hit roads and create a new National Road Safety Office.

New Deal on Immigration and Refugees

Next should be our most concerned about the policy issues, some of the policy information disclosed in advance is bound to be formally implemented in November.

In the area of refugees, the ALP has decided to limit the number of refugees to 18,750 per yearand ensure that 60 per cent of the refugees are women, and that new visas will be introduced that require refugees to apply for permanent residence for three years in remote areas, and that the criminal tendencies of refugees are strictly controlled.

On immigration, the broad policy was released ahead of the election.Overall, in the next 189 independent skilled migration situation is not good, the state burden immigration or become the hottest way。

1, first of all,The cap on new permanent immigration over the next four years will range from 190,000 to 160,000, and some skilled migrants will be forced to submit permanent residence visas for three years outside the five capital cities。

To this end, the Government has added three new visas for remote areas, namely: 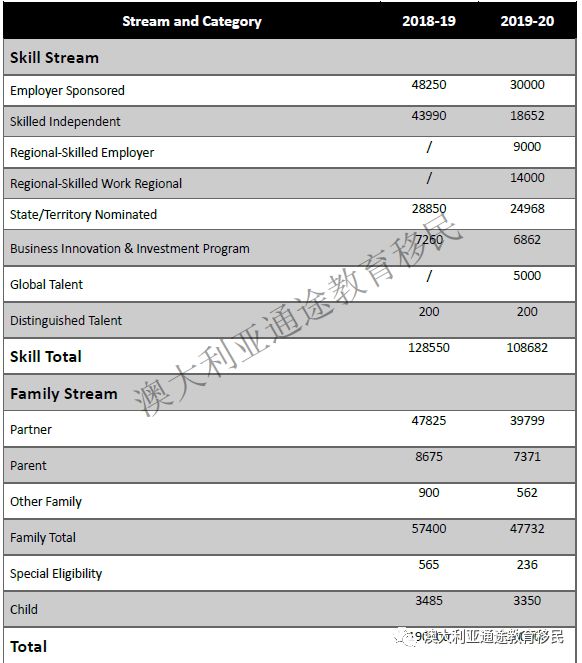 The new two types of remote area visas will require applicants to live in a remote area for three years and meet the minimum tixable income before they can apply for permanent residenceOf these, 494 will have about 700 occupations and 491 (skilled work reginal) visas will have 500 occupations.

In order to implement the policy of remote areas, the Government has also added some preferential policies to attract international students. 1000 scholarships will be offered each year, and scholarships up to A$15,000 may be awarded for studying in remote areas. Other than thatStudents graduating from remote areas will be able to apply for a 3-year 485-year work visa。

And the government has redefined and expanded the scope of remote areas,All but Sydney, Melbourne, Brisbane, the Gold Coast and Perth are remote。

However, applicants applying for a 491 visa on November 16 will be subject to a number of terms. First of allApplicants are no longer able to apply for other types of permanent residence visas, including 189, 188 and 820 spouse visas, while holding 491.

Second, applicants with a 491 visa will be subject to the 8 opening clauses, which include:

A new skilled migration scale was introduced on 16 November

2, ALP governmentA new skilled migration hitting system will be introduced on 16 November, of which the spouse plus points change the most:

In addition to the spouse's extra points,A 491 visa guaranteed by the state government or relatives in remote areas can be added with 15 points (previously 10 points) and 10 points if it is STEM education (previously 5 points)

In accordance with current immigration policy,The advantage of submitting 189 visa applications together was reduced to the lowest，If the application contains a sub-applicant who does not have a job evaluation, we recommend taking the state guarantee routeto prepare for the early start of new visa requirements.

The ALP has released details of a new parent's 870 visa,At present, the application for guaranteed qualification has been opened on April 17 and the visa application is expected to be submitted by July 1。

Among them, the relevant details are:

In Morrison's re-election, we should be prepared that many of the policies that are about to be implemented will really remain on the government's agenda with little change. And 189 in April and MayIt's really cruel, so,Whatever the fact that we need to recognize is that until the new points-plus policy on November 16th, the 189th invitee score will be uncertain, and with 189 already in place and Morrison re-elected, we have to think that state guarantees will be a popular option for skilled australian immigrants in the coming years.

Therefore, after the election is over, we can also come as soon as possible to find a way to plan the future of immigration, we have also written a lot of state policy analysis and recommendations, want to know can point to the connection below:

Immigration policy in a serious form, how to achieve immigration as soon as possible? All the articles, non-immigrant majors are equally useful as immigration majors!

Could the biggest winner be a state guarantee? Single extra points with spouse bonus points of the New Deal exclusive Q-A analysis!

The non-immigrant and immigration professions are common in the state of Tazhou to carry immigrants Q-A large collection! Which of the state's burdens and 189 is right for me?

The investment immigration channel is completely closed? Curve to save the state bear the first bullet! The Northern Territory's new DAMA immigration program, which opened on January 1, is on the list and has the opportunity to apply for permanent residence for three years.

Curve Salvation State bears the third bullet: Australia's first! The ACT region has introduced a health index that places people's well-being at the top of their priorities! Good immigrants will care about immigrants' non-ACT advent

A state that is extremely fond of immigrants and strongly welcomes immigrants: South Australia! The hard measures to attract immigrants are the first, otherwise the ads hit more...

The state posted its own money for immigrants! Desperate for accounting, IT, engineering and other talent! New immigrant families get $15,000 in Australian dollars!

This area is about to turn the sky! Economic growth is booming! Jobs are soaring! Even considering the need for more new immigrants... 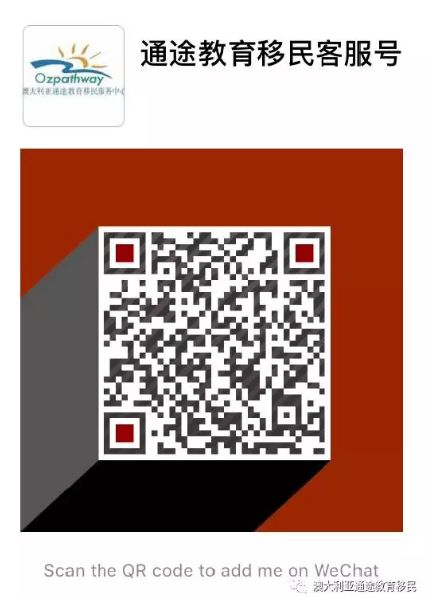 The Australian Transit Education Immigration Service Centre is a professional organization registered in Australia and serving Chinese people from all over the world, headquartered in Melbourne, Victoria, the cultural capital, with a branch in Nanjing, China.

All the way, a journey to success!

The man smashed 8000W in a Youtube ad but was bloodless, and the Aussies used the action to say: Australia can't be a racist! What policy does it have to do with us after the election?
Up to 200 words, currently totalWord.