The "dark forest" law of the Internet

The following articles are from Big Technology , the author of big science and technology 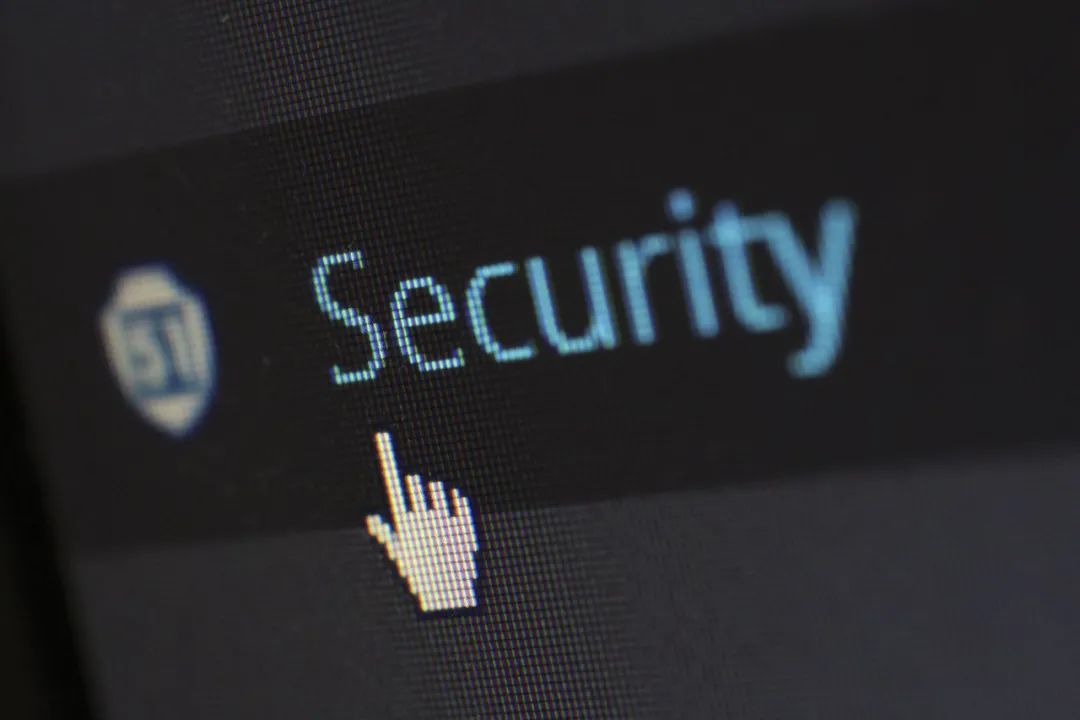 "Prey" on the Web

WeChat is now very popular, many people are used to sunbathing their own dynamics on the Internet, or to express their feelings, or share the natural scenery, or needles and abuses. For example, you went to the hospital today, nurses and doctors are busy, there is no time to communicate with you, you send a message to express that the hospital services need to be improved.

This is already an expression of personal mood, but if accidentally sent screenshots to other WeChat groups, micro-blogs or paste bar and other cyberspace, may trigger a bombing of public opinion, perhaps you will be "ignorant" "petite" "don't understand the hard work of medical staff" and other criticism surrounded, no one cares you just put forward an opinion. On the Internet, some people are "bar-saving", they specialize in "stabbing"; some people are simply "sprays", no matter what you say, rebut you, a meal; some people simply vent on the Internet, or even say something unrelated to your point of view. You seem to be their prey, and as you appear, everyone starts to attack. You don't know who they are, and the only thing they do is wait for their prey to appear and then "fire" collectively. By the time the "prey" reacts, he's already inundated with "spitting", which can put a lot of psychological pressure on people.

As more people's entertainment focus gradually shifted to the network, many small events were posted online, easy to attract a lot of attention, forming a breeding ground for online violence. Internet violence is frequent, such as: the owner of a clothing store suspected that a customer in his clothing store to try on clothes stole a dress, the boss uploaded a photo of the customer to Sina Weibo and said that the customer is a thief, openly encourage others to insult customers, attracted a lot of attention, so that the customer was humiliated and jumped to suicide.

Even more frightening than cyber-violence is that if internet users accidentally disclose their personal data on the Internet, such as home address, school name, my name, etc., once you clash with unsymonsured people, they will "human flesh search" on you, online violence will turn into real violence.

How dangerous the network is, it is simply a "dark forest"! So what is a dark forest?

Dangerous "dark forests" in the universe

The theory of "Dark Forest" is derived from Liu Cixin's novel "Three Bodies", which is related to the civilization of the universe: the whole universe is a dark forest, and every civilization is a hunter with a gun in the forest. Hunters hunt for a living, but the forest area is limited, food is limited, so hunters see each other as eternal threats, resource grabbers, can not coexist. Destroy each other in order to ensure their own survival and security. To avoid potential risks, hunters must look for opportunities to get started. Hunters sneak like ghosts, they don't know each other, and they don't dare to show up easily. If a hunter finds another hunter, he will not hesitate to kill him.

In fact, don't say that the universe, the human civilization on Earth, has also encountered the "dark forest" moment.

On August 3, 1492, the Italian navigator Columbus, at the behest of the Spanish rulers Isabella and Ferdinand, sailed three boats and 90 sailors from the Spanish port of Barros across the Atlantic Ocean to the Bahamas, Cuba, Haiti and other places. Columbus began to mistake his West Airlines for India, calling the local population "Indians". However, it was this group of Indians, mistaken for Indians, who, with the arrival of the European colonists, suffered a terrible genocide. The Indians, who were still in the primitive state of farming and hunting survival, were unable to resist the attacks of European colonists with advanced weapons such as guns and guns. Historians generally agree that before European colonists entered the Americas, the total number of Indians living there was more than 10 million, and by the end of the 19th century, more than 200,000 were killed. Across the American continent, European colonists killed tens of millions of Indians. 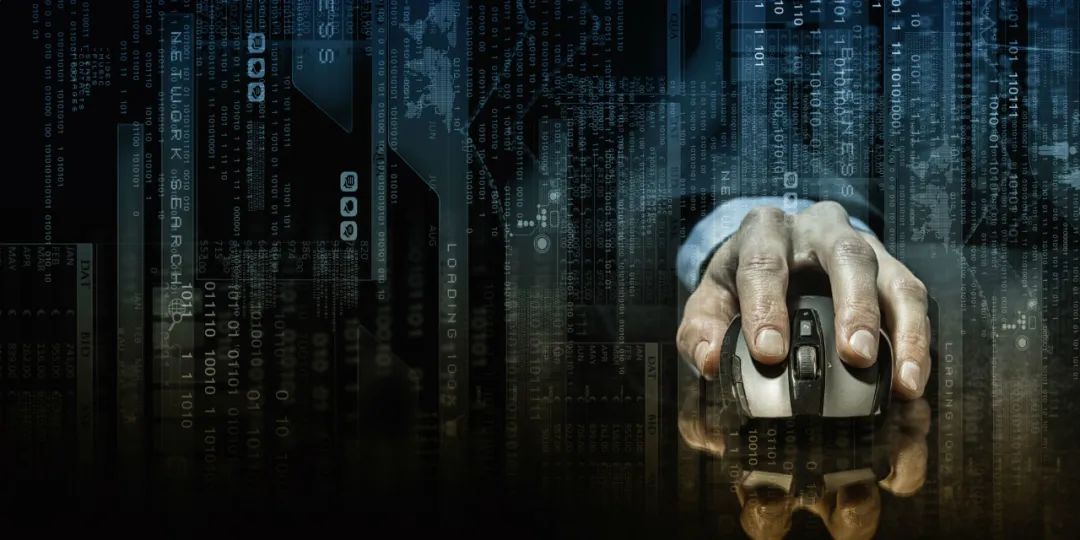 The European massacre of Indians is not the only example. In the history of mankind, conflicts between some countries and peoples have lasted for thousands of years for the benefit of the people. The allusion of Mantis catcher, yellow in the back tells us that potential enemies are more terrible than those of old enemies. You've never met them, but once they find you, you're on the run. The peoples of Europe who fought each other in the 13th century AD could not have imagined that the Mongolian tribes from the far east, which had traveled thousands of miles, were as incredible as the alien invasion of the earth.

So in the dark forest, serenity is the main theme, exposing yourself means death. Living in the universe is an extremely cruel thing, the future of mankind into the universe era, we must learn to be careful, and strive to hide themselves.

Today, the "dark forest" law is increasingly appearing on the Internet.

The Internet has become a dark forest

Slowly, as you get older, you'll find that some people have few circles of friends, sometimes with just a few unrelated itchy words. He only chats with some of his closest friends in his small WeChat group, even though he is used to "private chats". When logged into major mainstream videos, dating and other sites, he said nothing, just to see what others said. He has become a latent "hunter", of course, he will not attack. He is only used to protecting himself, trying not to reveal his whereabouts and ideas, to avoid attracting criticism, criticism or criticism.

Not only that, but after you enter diabetes into a search site and view the information, you'll be surprised that every time you log on to that search site, you'll keep seeing ads for diabetes hospitals or diabetes drugs on your page. Even if it's not just the search site, you might find such ads on other sites. It's easy to see that there are not only regular Internet users online, but also businesses that try to include you on their customer membership lists, and a large number of individuals or teams who want to steal your data. Think carefully, in fact, ordinary you, on the Internet by the incredible "extra attention", unless you do not make a sound, quietly lurking.

Not only are billions of Internet users in the "dark forest" of the Internet, but Internet queers are not immune.

The early Internet business ecology is harmonious, due to fewer businesses, more Netizens, resulting in a large market potential, the development of sufficient fields, the various Internet companies are busy deep into their own fields - Baidu to engage in search, Tencent to engage in social software, Alibaba to engage in e-commerce. By the time the Internet has developed, the giants have largely established their own places and continue to expand outwards, such as Alibaba, which has extended its grip to various dimensions of retail e-commerce, financial payments, cloud computing and big data. Yet the cake is only so big that competitors in all fields are becoming as compatible as hunters. Once the internet giants see their competitors emerge, they will do their best to stamp it down.

However, the giant itself is also the biggest "prey" of potential competitors - many who want to enter a certain field of competition, will be better at the field of analysis of companies, such as the short video field, the original fast-track scene, but shake the sound of this potential hunter to attack, quickly seize most of the market share.

In general, Internet start-ups lurk to look for opportunities to "shoot" competitors. In recent years, the Internet industry between competitors more and more strong smell of gunpowder, more and more showing the trend of water and fire. The rise of some companies may mean that others that compete with them will decline.

Can the Internet only be a dark forest?

Earlier, Xiaomi Chairman Lei Jun tweeted: "At the Jinshan Group Strategy Conference, spent a lot of time sharing the experience of reading the Three Bodies, in which the philosophical truth is very helpful to the formulation of the company's three- to five-year strategy." "It can be seen that the philosophy of the Dark Forest Law has now penetrated into the thinking of Internet people, which has aroused the vigilance and attention of Internet practitioners.

But is it going to be like this? The law of the dark forest is only the idea of literary works, and although the Internet is in some ways a lot like the dark forest, the real world is more complex and not as simple as the background set in the literary works. "Sci-fi is a literature of possibilities, and of all the possibilities, "Three Bodies" presents the worst universe, " Liu said in an interview. "So if the internet is going to be completely like a dark forest, that's only one of its worst directions."

In fact, dark forests are not in line with the future direction of commercial civilization. First of all, with the development of the network, the convenience of communication, "hunters" between a lot of secrets may not be hidden, it is difficult to do completely "hidden". For example, "hunters" may know each other or have a common business partner, and many messages in the industry will be shared. Moreover, now that there is a great flow of talent, the secret of "hunters" may be known to other "hunters" who recruit their employees after they change jobs. Moreover, an industry can actually be refined, small companies can do large companies can not be involved in the business, and gradually achieve harmonious coexistence.

Humans have existed for thousands of years, and competition and cooperation have always been complementary, as they should be in the Internet. Like the "hunters" in the dark forest, there is only competition, and that society will not exist. But we can not ignore the cruelty of competition, the so-called "shot the head bird", do not over-reveal themselves, sometimes very necessary.

"Coldplay Science Island" is reproduced with the authorization of Big Technology

Science education is widely available, attention is paid to bird resources, and in-depth learning and communication among science teachers such as Dongdong is promoted.

The "dark forest" law of the Internet
Up to 200 words, currently totalWord.

100 questions on the operational development of educational and training institutions

This Week's Trend of the Twelve Constellations (18th - 24th)

How do you survive competing with giants? I summed up six methods 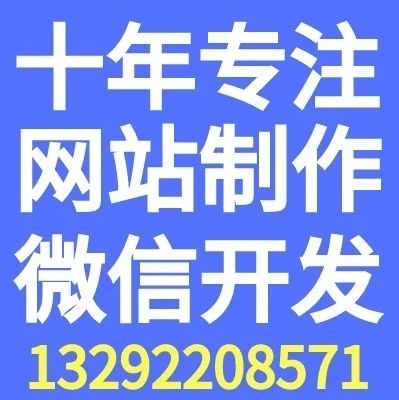