1. Although the official advertising platform of Instagram, the image social app, is still gradually opening up, the social networking red people on the platform with nearly one million followers have been able to earn tens of thousands of image advertising revenue per unit price.

2. The popular economy on Instagram has promoted a change in the way brands are marketed, with advertisers paying more attention to young consumer groups, marketing cost-effectiveness and impact on segmented user groups.

3. Social networking promotes a change in the way brands communicate with users, who expect brands to deliver useful or entertaining information.

Who makes money on Instagram, the picture social app?

Danielle Bernstein, from New York, never thought she would make nearly half a million dollars a year at the age of 22. The core pillar of the economy behind the amazing results: an Instagram account with millions of followers.

As a fashionista, Danielle shares photos of her outfits every day on her Instagram account called weworewhat. Unannstionedly, when a seemingly random street photo was successfully shared from her account, it was possible that the photo would bring her $15,000.

Can a photo sell for five or even six figures? The marketing economic value of Instagram, the world's most successful picture social app, was once again revealed when the US website Vogue published the staggering figure.

The industry has even given this new generation of marketing economy, triggered by the social networking red man, a veoned term: influencer marketing, translated Chinese as "influencer marketing". This somewhat tongue-in-cheek phrase actually proves one thing: in the age of social networking, the way brand advertisers market has changed, and they are trying to find socialites who have credibility and influence in various segments.

We can use a variety of numbers to prove that this five-year-old picture social app Instagram is already a favorite social networking platform for young people.

Instagram has good results, both in terms of user size, user activity, and user stickyness. By the end of last year, Instagram had 300 million monthly active users, surpassing Twitter and LinkedIn, according to official figures. Users post about 70 million pictures a day in the app, with 2.5 billion likes a day, and the average user spends 21 minutes a day on the app. 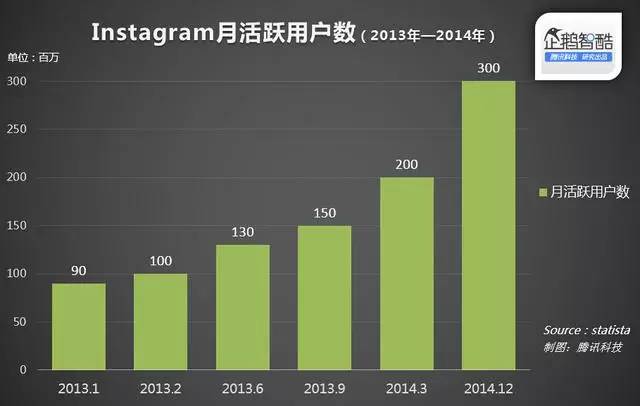 What's more, the app is home to brand owners' favorite young people, especially those with spending power and desire to spend. Users aged 18 to 29 make up 44 per cent of Instagram users, compared with 23 per cent of Facebook and 33 per cent of Twitter users.

When Facebook bought Instagram for $1 billion in 2012, the social app had only 30 million users. No one could have predicted that the feature would be as simple as simply filtering the images and sharing them.

More people were worried about whether Zuckerberg would shut down the emerging image community as a way to root out the threat to Facebook. In fact, in the three years since the acquisition, Instagram has gone every step of the way. Even with a large user base that translates into real revenue, Instagram has been slow to advance new features and open up its ad-generating platforms.

By contrast, the attempts of brand advertisers, ad-mediated platforms, and socialites have made the industry see the commercial value of image social networks faster.

Second, the rise of the marketing influence of social networking red people

If the past brand advertising invited star endorsement as a traditional way of advertising marketing, then the social network of the red people is not a new generation of stars? The difference is that when social networking red people use their social accounts to push the brand to the fan base, the marketing effect will be more reflected in the following differences:

Instagram users take on the more important value of connecting young people with brand owners. This, in addition to being determined by the characteristics of the Instagram user base, also depends on the fact that the picture is more accessible to young people in a way that tells lively and lively stories.

Compared to star TV or print advertising, which focuses on brand recognition and awareness, social networking reds bring brands closer to their trust in users' minds and build more lasting relationships when they integrate them into everyday life in a more natural and amiable way.

Social networking red people are often the ones who have the appeal and opinion influence within their respective segments, and on Instagram, these verticals include fashion, beauty, health, sports, homewear and food. When a brand wants to influence its own segment users, it is a more direct way for them to find online users who are more in line with their own brand users. Gain user recognition faster with the trust of these red people in the user base.

The price/performance ratio of this marketing increases as brand owners reach the potential consumers they want to really attract faster. As recently as March, U.S. department store Lord and Taylor paid 50 Instagram fashionista to post photos of them wearing the same dress on their accounts on the same day to promote the new collection. The Instagram campaign quickly took effect, with the collection's skirts selling out over the weekend.

To achieve these marketing results, Instagram users also have a different way of paying for promotions than traditional stars, such as they pay more attention to the consistency of personal daily image content and ad content tuning, minimizing interference with the user experience.

In addition, in order to maintain the credibility of their personal accounts, they need to ensure the authenticity of their content more than regular stars, including tagging images as sponsored or informing users that they have been invited by the brand to complete the shoot. Gaining the trust of users is the most important and cherished factor of social network red people, because this is the foundation of the vitality of the account.

According to the agency, Instagram is home to nearly 40,000 social networks, some communicating directly with advertisers, others forming alliances or joining intermediaries to get ad orders. The larger the fan base you attract and the more comments and likes your photos get, the higher their earnings will be.

Instagram's red economy is a testament to the changing era of advertisers' marketing strategies.

More and more brand advertisers are putting more money into social networks. Salesforce said in a report that 70 percent of brand owners have increased their advertising budgets on social networks this year. Data obtained by Penguin Intelligence also showed that 91% of advertisers with mobile marketing investments chose to run ads on social media. 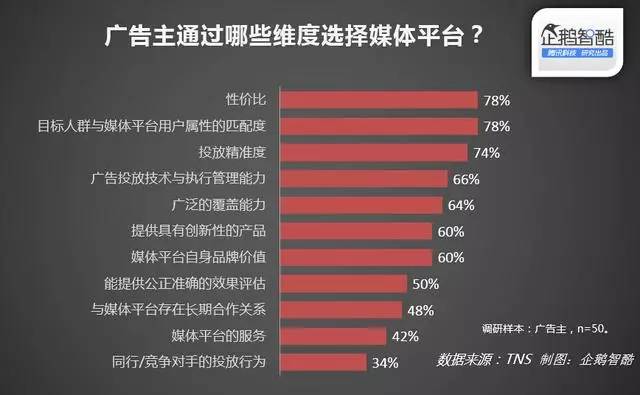 By saying goodbye to the traditional media's advertising expression, brand owners have to follow new media and tell different stories with new partners. 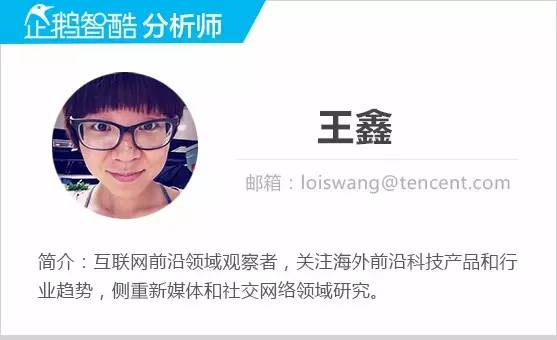 Statement.：Penguin Zhiku published articles, reports, charts and survey data on platforms such as WeChat Public, PC-side website and Tencent News Client, which, if not specifically noted, are exclusive and original and are copyrighted by Tencent Technology Channel.

If you approve of our article and wish to reproduce it, please be sure to indicate it “ Source - Penguin Zhiku "And The name of the author (analyst) for each issue。 In addition, after the reprint behavior is complete, please send an email tovikwang@tencent.com, feedback on the new link you reprinted.

If other malicious reprints are found, we reserve the right to complain and further liability. In addition, Penguin Chiku reserves the possibility of changing the reprint specification in the future, and we will notify you if there is any change.

Reprinting is the most sincere compliment to the original - but only if respect for the creator and the creator is maintained. We hope that the sharing spirit of the Internet can be better demonstrated.

Social networking ads around the world, from Weibo WeChat to Instagram, are "illegal" 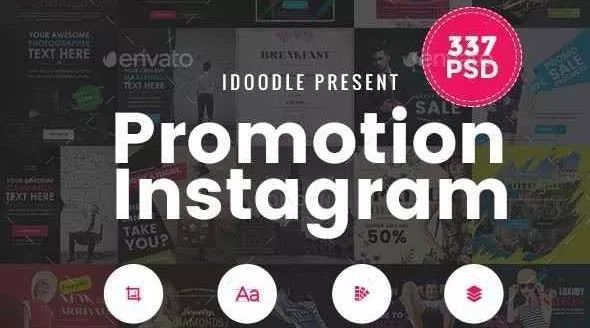 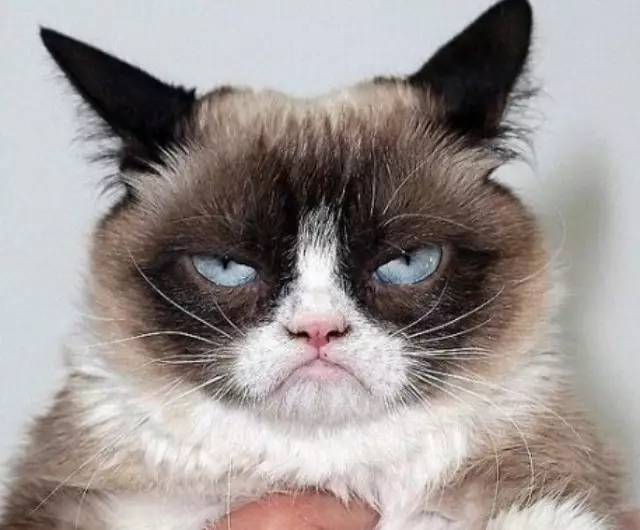 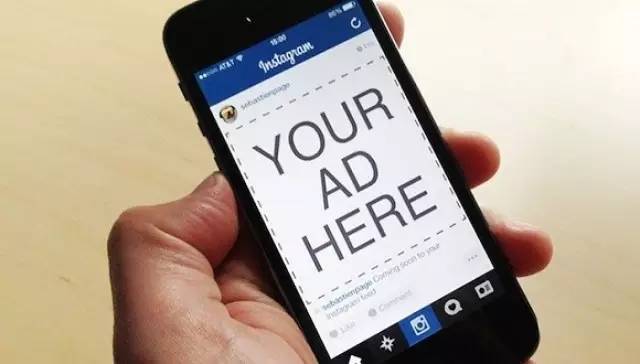