More than a dozen advertisers boycotted, and Facebook was hit by a crisis.

The full text is common.2488 words.To read about it.6 minutes.

"Death of the Black San" storm intensified, the initial march protests have begun to deep into the business and other fields, the survival of the business early smell signal, through the name change, off the shelf products and other ways to avoid their own impact.

Facebook, by contrast, has been the biggest target, and its approach to inflammatory speech, in the face of constant criticism, has turned into one of the biggest crises since the "datagate." It's not too late to know that Zuckerberg is now dead. 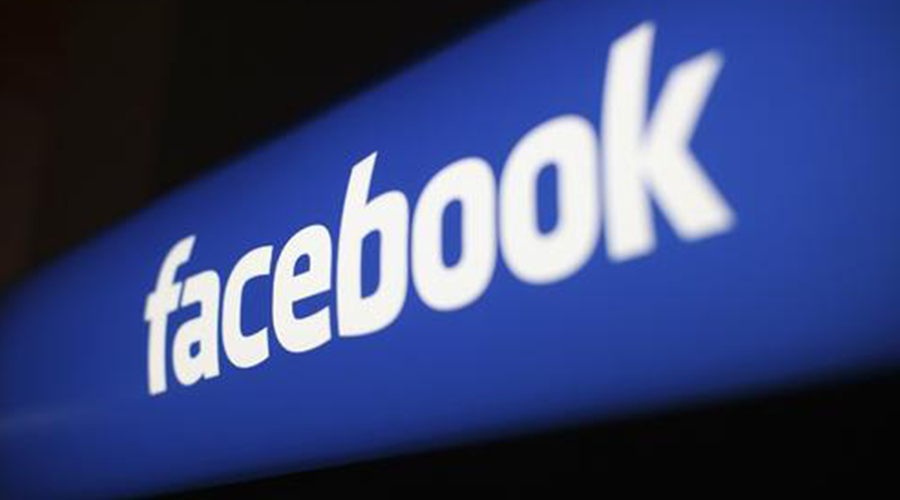 Facebook has survived the outbreak, but has not escaped the raid of another black swan, and at a time when a wave of racial discrimination has intensified over the death of Floyd, a black American, Facebook has been at the top of the boycott list for its laissez-faire comments, making it harder for Facebook to do more than that with the growing number of multinational giants supporting a boycott.

On the evening of June 26th, local time, Coca-Cola also "officially announced" that "from July 1st, Coca-Cola will suspend paid advertising on all social media platforms around the world for at least 30 days." "We will take the time to re-evaluate our advertising standards and policies to determine whether changes need to be made internally," Coca-Cola CEO James Quincy wrote in a statement. We need to place more expectations on our social media partners to get rid of hate, violence and inappropriate content. "

On the same day, Honda Motor America issued a statement saying that Honda Usa inc. would withdraw its ads on Facebook and Instagram in July, "in line with our company's people-oriented values."

Stop HateforProfit, the name of the nationwide ad boycott, is organized by civil rights groups such as the Anti-Defamation League, Color Change and the National Association for the Advancement of Colored People, to "respond to Facebook's long-standing practice of allowing racist, violent and verifiable false content to flourish on its platform." Facebook has long been seen as poorly regulated for hateful and discriminatory speech on its platform, not only exposing racist bad words, but also identifying ads and fake videos.

A growing number of companies have joined the boycott amid a wave of calls. So far, more than 120 companies, including Unilever, Coca-Cola, Honda, Good Times, telecoms giant Verizon, Levi's, ice cream maker Ben and Jerry's, and popular clothing brand Eddie Bauer, have announced they will suspend advertising on Facebook, according to incomplete statistics.

Facebook's share price reacted immediately to the backlash. By Friday's close, Facebook's shares had plunged 8.3 percent, their biggest drop in nearly three months, wiping about $56 billion off its market value. At the same time, Facebook CEO Mark Zuckerberg's personal worth fell to $82.3 billion, a decline of more than $7 billion. Zuckerberg's wealth, previously estimated at $89.5 billion, will fall one place to fourth place on the list, according to the Bloomberg Billionaires Index.

"Today, we ask all businesses to come together and stop our July advertising campaign on Facebook for the sake of our deeply held freedom, equality and justice in the United States." On Wednesday, The Advertiser published a full-page ad in the Los Angeles Times, expressing its position.

In fact, it's not just Facebook that's being criticized for content regulation, and social media giants are boycotting it. Twitter was also affected, with its shares closing down 7.4 per cent at $29.05 on Friday, while Google's shares were down 5.45 per cent.

But it seems reasonable that facebook is the only one who really gets the target. Twitter, which is also a social giant, has been tough on controlling its comments, as exempst by several rounds of wrangling with US President Donald Trump. A month ago, Mr. Trump called the protesters "THUGS" on Twitter and warned that the military was on its way to Minneapolis. For the tweet, Twitter tagged users to watch out for violent comments and banned users from "liked" or "retweeted" the tweet.

Facebook, by contrast, did not take any action against similar posts posted by Mr. Trump. Mr Zuckerberg said Facebook had decided to keep the post because the company's position was to "allow people to speak as much as possible unless there is a clear policy that they pose imminent danger or specific harm".

In response to Twitter's repeated "yes-and-right" comments, Mr. Trump also signed an executive order late last month sought to limit the right of social media to censor users' content. Notably, on May 29, Mr. Trump spoke with Mr. Zuckerberg. News site Axios said that while it was not clear what Mr. Trump and Mr. Zuckerberg had discussed on the phone, both sides described the conversation as productive.

In fact, Earlier, Facebook took a slightly tougher stance on advertisers who started the boycott, with Carolyn Everson, vice president of its global business group, saying in a letter to Advertiser: "We're not going to change our policy because of revenue pressures." Our policies are based on principles, not business interests. "

It is clear that Facebook's attitude has only begun to change after giants such as Unilever and Coca-Cola joined in. On Friday, Mr. Zuckerberg, who could not resist the pressure, made a concession. Under the new policy, Facebook will ban ads that claim that people of a particular race, national origin, national origin, caste, gender, sexual orientation or immigrant origin pose a threat to the personal safety or health of others.

As far as politics and content control are concerned, Facebook has been under fire for its technical efforts to maximize its sanitation, says Yang World, an internet analyst.

The advertising business was hurt.

Whatever the specific reasons for Facebook's concessions, at least the harm must be considered. As the world's well-deserved social giant, Facebook has three platforms: Facebook, WhatsApp and Instagram, with more than 3 billion active users worldwide and advertising as the backbone of its revenue.

"Advertising is the most important source for social platforms, and other members, value-added services and other revenue is relatively small, it is not comparable with advertising. Advertising is roughly divided into consumer goods, website apps, games, of which consumer goods categories accounted for about 20%-30%, in addition, the game category is also a large proportion. Feng Huakui, founder of mischievous e-commerce companies, points out.

The numbers speak to Facebook's reliance on ad revenue. Laura Martin, an industry analyst at Needham and Co., also found that big brands are making a growing share of Facebook's advertising revenue, and that big brands will only become more important to Facebook as smaller advertisers scale back or fail as a result of the outbreak. For the latest information on the advertising business and related data, Beijing Business Daily reporter contacted the Facebook Media Contact Center, but as of the release has not received a specific response.

Among the advertisers involved in the boycott, many companies are spending money on Facebook. Unilever, Verizon and REI are among Facebook's top 100 advertisers, while Unilever is ranked 30th with more than $42 million in Facebook advertising, according to the advertising intelligence firm Pathmatics 2019. Coca-Cola spent $22.1 million on advertising on Facebook's platform last year and more than $18 million on Twitter. Verizon ran $850,000 in ads on Facebook in the first three weeks of June, the Financial Times reported.

As for the current situation of the advertising industry, Yang world frankly, social platforms rely on advertising as the main revenue, now on the one hand, the impact of the epidemic, enterprise revenue is affected, advertising business is not very good, compared with last year's advertising will certainly decline;

The price of nucleic acid testing in public medical institutions in Beijing has been reduced to 120 yuan, and the detection of end-of-the-line tests will be carried out.
Heavy rains in the south, the Central Meteorological Station issued a rainstorm warning for 27 consecutive days, 3 dead and 12 people lost in The Coronation County, Sichuan Province.
Give up the "struggle", RuiYu coffee still have no way to go. 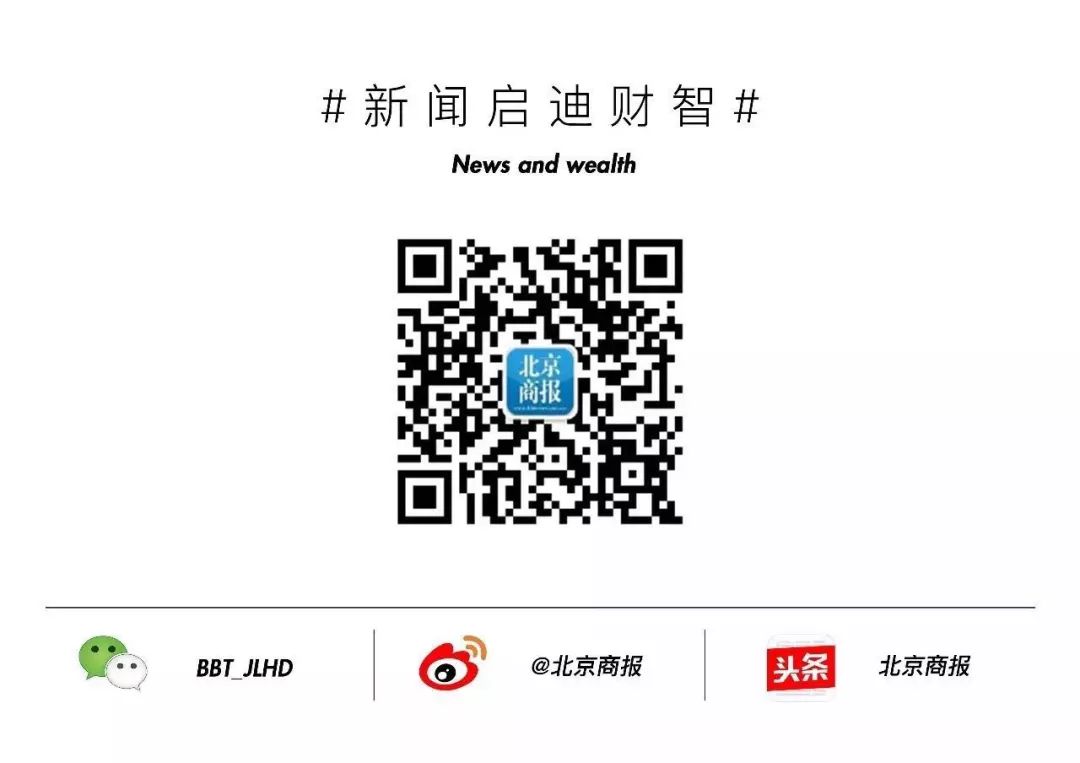 More than a dozen advertisers boycotted, and Facebook was hit by a crisis.
Up to 200 words, currently total.Word.