Interview: Tencent's biggest progressive team in the first week of the final of the Social Advertising University Algorithm Competition, Skull Greymon, has experience and experience to share

The team that has made the most progress

They kept a low profile until the photos were taken

The editor-in-chief doesn't know how to introduce it

That's supposed to be a boy with a childlike imagination

Hello everyone, we are the Skull Greymon team, the word is a little strange, is the meaning of the dead dragon beast. The name is not because we are more dead, but because we are three good citizens in the F dormitory of the youth apartment.

The first race we are the last week to do, can be regarded as a thriller, the last two days are relatively busy, think that the submission of 0.1009 can guarantee into the remath, and then the remath again to build up, did not expect the final ranking fell to 173, almost did not enter the remath, but also because of the fall, lucky to get the biggest progress award, then the next introduction to the remath compared to the progress point of the preliminary race.

First of all, the greatest contribution to ascension should be the group said trick, because we entered the final only added the group, and then quite often see this word, but no one specifically proposed what, always come to an abrupt end, it is very impressive. So, we began to look for this legendary feature, it also happens that we happen to have a feature wrong, modified to its correct way of opening, just brought about 2 thousand points of ascension, this with the group said trick brought about by the promotion, and then according to other auxiliary information, confirm that this should be looking for the legendary feature, this feature gives us a remath of 2 thousand points of promotion, should be considered the number one progressive assistant.

Second, just in time to change the data, the amount of data has become larger, many players due to memory problems stalled for a period of time, and we just ran relatively fast through the characteristics and models of the first race, time is a step faster, so that we in the early stage of the remath ranking, and then everyone came up, this can be ignored. The features are extracted from the pandas and trumpy we all use to manipulate the data, and here's a quick look at some memory-saving methods:

1. We are dividing the data by day to extract features, then before other tables, we can actually leave only the apps, creative IDs, position IDs, etc. that appear on this day, which can greatly reduce the amount of computation;

2. For the two tables before the merge we only need to leave those columns, for example, when calculating only the statistical characteristics of theposition ID, other irrelevant columns (such as connectType, creativeID, etc.) can actually be deleted;

3. All of the features we extract are stored using scipy's csr_matrix, which translates into pandas' DataFrame is also very fast, and the extracted features are saved to the hard drive viaumpy.savez, which is very efficient to read.

Finally, our remath of the current model and the first race, are only XGB single model, during the period also roughly tried FM and other models, but the effect is not good, has not found the correct way to open, but from the experience of the past CTR competition FFM and other models proved to be very good, so this piece needs to continue to explore. XGB has different effects for different training sets, and we are currently submitting 28, 29 days of data online as a training sample. You'll also try a variety of models later, hoping to bring some improvements.

The remath slowly became intense, two days without ascension encountered Waterloo, the road is long and long, but also need to explore other different models, the first time in the race feel idea is much more than time, perhaps this is the title of this race to give us a great user experience, followed by everyone and time race, realize and test their idea.

Finally, I wish you all a good strategy to explore a great promotion and achieve good results! 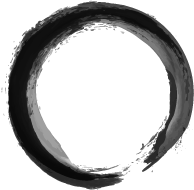 Of course, there are:

Official WeChat of algorithms full of dry goods and gifts:TSA-Contest

Children's shoes that are afraid of too many gifts, please pay careful attention to them

Interview: Tencent's biggest progressive team in the first week of the final of the Social Advertising University Algorithm Competition, Skull Greymon, has experience and experience to share
Up to 200 words, currently totalWord.