The following articles are from Sina Technology , author Li Gen and Shu Wei 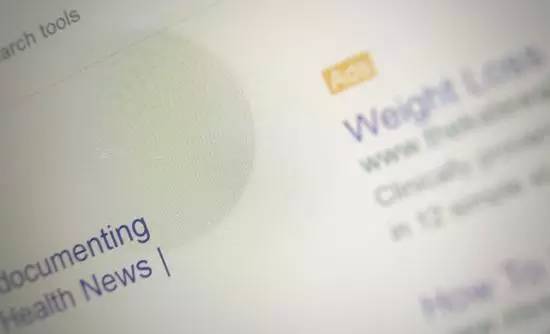 Google's definition of "bad" ads includes ads that spread malware, promote fake or illegal products, and intrusive ads that block content.While Google does have policies that explain the various programs it licenses and bans, it does not prevent marketers and fraudsters from circumventing the rules.

Google blocked 25,000 mobile ads last year, in large part because marketers placed ads too close to the button, causing users to accidentally click on them. But last June, Google revealed that it was developing a technology to solve the problem. For example, if a user clicks too close to the edge of an ad, Google might decide that the click was an accidental click, not only by not jumping the user to the target page, but also by charging advertisers.

Google says that for the 780 million malicious ads blocked in 2015 that broke the law, it would take a person 25 years to see them if they were viewed at a second's speed. It also said that the existence of these ads seriously damaged and affected the user's online experience. What's more, these ads can harm users.

In addition, Google says that some ads can sometimes be offensive even if they provide useful, demand-related content, because they sometimes block what they want to see and sometimes, ignoring the wishes of users, and force them to direct them to advertisers' websites. In response, Google banned some ads that were highly offensive.

In addition to advertising, Google terminates or refuses to work with bad websites and mobile apps that don't comply with Google's policies. In 2015 alone, more than 1.4 million applications for cooperation were rejected.

In addition to using technology to block malicious ads, Google has introduced user feedback measures, google said. When a user believes that an ad violates Google's policies, they can resolve the issue by submitting feedback and informing the Google team in a timely manner. Or by clicking the "Close" button on your ad, the "Ignore this ad" feature will stop you from seeing certain types of ads.

In addition, in 2015 Google introduced a new "Ad Settings" interface to help you better control your ad experience. By updating your interest settings, you can receive ads that are more in line with your needs, or block specific types of ads as a whole.

While Google's move to block bad advertising is in the public interest, it is also in Google's own interest. If a netizen clicks on a fraudulent digital ad, it will have a negative impact on their willingness to click on the ad, which is clearly not in Google's interest.

See the changes together
tech.sina.com.cn

Press and hold to identify QR code concerns
Labels are not available during preview
Read.
Synced to have a lookWrite down your thoughts

Google teaches XX how to block fake, malicious and phishing ads
Up to 200 words, currently totalWord.

Google will block ads in Chrome, but will give publishers a six-month preparation period
Should Google ads be done? Compare Google Adwords with Amazon CPC ads horizontally
Case . . Google has banned Burger King's hijacking ads, but Burger King has achieved its own small communication goals
Have been deeply mired in false advertising, Google can save themselves successful, who can save Baidu's corporate soul?
"Most online ads won't be clicked on" by Google Since Palace Ai Fan reads early