Facebook's advertising traffic has skyrocketed, and what do agencies and media think? 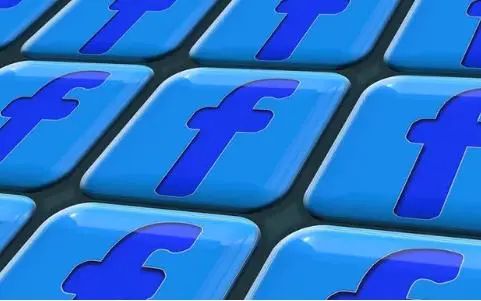 What do organizations and the media think of Facebook?

Now that Facebook isn't worth it, take a look at what mainstream organizations and the media think about Facebook today.

What does the organization think?

Alan Gould, an analyst at Loop Capital, cut Facebook's target share price to $215 from $245, but maintained its buy rating. The analyst said the new price target reflected a reduction in advertising assumptions across the digital world and saw his estimates as "work in progress" until people got a better understanding of when the economy would return to a "more normal" state. Gould added that he now expects U.S. digital advertising to grow 3 percent, compared with a previous forecast of 17 percent growth this year and a decline overall in the second quarter. He also lowered his EPS forecastforf20 and f21 to $7.45 and $10.60, respectively, from $10.00 and $7.86.

Ross Sandler, an analyst at Barclays, cut Facebook's target share price to $175 from $260 and maintained its rating on the stock. The analyst said his channel work showed that digital advertising revenue trends were weakening, but not as bad as buyers expected a 20-30% year-on-year decline in the second quarter. Sandler went on to believe that Google's share price fell 0 to 10 per cent in the second quarter and Facebook's by 5 to 15 per cent.

Citi analyst Jason Bazinet cut Facebook's target price to $195 from $240 and maintained its buy rating. Given the global spread of COVID-19, the analyst lowered Facebook's forecast to reflect its latest outlook for digital advertising spending. His revenue forecast for 2020 is $77.3 billion, 10 percent lower than in 2019 and up 9 percent.

SunTrust analyst Youssef Squali cut its Facebook target to $230 from $265, but maintained its buy rating. Citing the company's blog post, the analyst noted that advertising demand was weak in March and that the trend is expected to continue into the third quarter before gradually recovering in the fourth quarter. Mr Squary added that while the timing of the turnaround was "poor", he expected Facebook to emerge stronger from the crisis with its growing user engagement, advertiser severity and "excellent" financial position.

Wedbush: Give SP. "Stronger than Market" rating with target price of $250

Wedbush Securities analyst Michael Pachter put Facebook's stock on the Wedbush Securities AndOrs Committee's list of best recommendations. The analyst expects Facebook to continue to grow rapidly overseas and increase the under-penetration monetization of Instagram, WhatsApp and Messenger. Pacheter has a "stronger than the broader market" rating and a price target of $250.

Competition for advertising revenue has intensified. Regulators have begun to question the success of Facebook's advertising business. As a result, the company faces an antitrust investigation. The popularity of COVID-19 affected the advertising industry. Twitter has had to lower its revenue and profit forecasts. Facebook also reported weak demand for its advertising service.

With the growing challenges in the advertising market, Facebook hopes to open up new revenue streams beyond advertising. The company began to produce hardware products.

Needham analyst Laura Martin maintained her holding rating, but cut Facebook's estimate of FY20 earnings per share to $7.65 from $7.70 because of the coronavirus. The analyst noted that about 30 to 45 percent of the company's global revenue comes from the "risk" ad category of the outbreak, and advertising forecasts are shrinking as consumer demand falls. Mr. Martin added that Facebook represents about 50 percent of the global display advertising market, which would be the fastest way for its biggest customers to cut costs in response to falling demand. The analyst has yet to revise her forecast for the second half of 2020 or 2021.

Alan Gould, an analyst at Loop Capital, says Facebook has a relatively strong immunity to coronaviruses. Gould maintained a "buy" rating and a target share price of $245 per share on Facebook. He said facebook's share price had fallen more than the broader market yesterday, despite its "relative lying immune" to the coronavirus. The analyst added that Facebook's current share price was "only" 8 per cent premium to the market due to a changein in the regulatory environment and a "solid balance sheet", but still had an expected growth rate of 16 per cent, with its 2bn WhatsApp users valued at zero.

What does the media think?

Foreign media reported that during the outbreak, user demand for information surged, causing a surge in usage of many Facebook services, but the increase in usage and traffic did not translate into more advertising revenue, and Facebook's advertising business continued to suffer.

Traffic and usage did increase. Traffic to Facebook's many messaging services, including sending messages and voice calls via Messenger and WhatsApp, has soared as people have to stay at home and have a much higher demand for online communication with friends and family to get information about the outbreak.

In many countries severely affected by the outbreak, SMS services and voice calls have increased by more than 50%. The outbreak in Italy is relatively severe, with a 70 percent jump in the amount of time people spend on Facebook products. However, these growths will not translate into more advertising revenue.

More than 98 percent of Facebook's revenue came from advertising, but during the outbreak, many advertisers cut their budgets to save money, and some were reluctant to show their ads next to content related to the new crown outbreak, which led to a decline in advertising revenue.

This means that the surge in usage won't make Facebook profitable, or even challenging, because user usage has suddenly increased, making it more challenging than usual to keep services running.

Morketing, who learned that Facebook is not the only Internet company to have been hit by the outbreak, also cut its first-quarter revenue forecast on March 23rd as the global pandemic caused advertisers to cut advertising spending in recent weeks, leaving many companies without first-quarter revenue and losing results.

Wang Guangwei: Will the increase in Daily Active Users of Facebook translate into advertising revenue?

Facebook's revenue in the U.S. continued to grow before the outbreak, but its usage and engagement are declining, according to various surveys and analysts' estimates. In particular, Edison Research said, last year, Facebook had more than 15 million users less than in 2017 with many defections and now who are using other platforms, including Facebook, Instagram, Snapchat's TikTok and younger users.

Between now and the end of the crisis, how Facebook (and Google) responds to themselves will determine whether they can do just that - combined with sincere empathy, targeted support and a shrewd PR. Facebook's $100 million SMB grant program is a case in point. (Google provides only $800 million in direct and indirect assistance to the company.) )

Why do we care? Just as Amazon is poised for a big win at the COVID-19 conference, Facebook could benefit in the medium to long term if Facebook's usage and engagement remained the same after the crisis. The company's central role in "The Great Hack" will be dim memories, erased by forgiveness in social alienation.

And, a few months from now, we may see record advertising revenue because of the pent-up demand for advertising customers. But this assumes that the audience at the local shelter continues to maintain its new Facebook habits.

U.S. Stock Research has been focused on long-term value investments, but given that many friends are more concerned about short-term operation opportunities, we willEvery dayUpdate one copy"Daily Opportunity"List.

Any article on the public number of the American Stock Research Institute on the same day was clicked"Looking at it.friends, can access the public number home page,Click "Enter the public number" and send the word "opportunity" in the dialog box, you'll see some of our pick-and-go short-term investment advice, which will be updated regularly on weekdays.

（Note: The premise is that you have to click "look" first,Otherwise, you won't see the latest update)

:: The article is not subject to investment advice, please let investors judge for yourself

Readers into the group

NoteS VIP into the group can consult to join

Please be patient with a large number of people

Please resend the application if you fail to pass three days)

I'm looking at it.

Read
Synchronized to take a lookWrite down your thoughts

Facebook's advertising traffic has skyrocketed, and what do agencies and media think?
Up to 200 words, currently totalWord