Facebook ads don't run well after data? Watch out for these 5 mistakes!

Young people, have you ever experienced the same vexed situation: after running Facebook ads, you don't see the ideal data...

For this baby lost a few more hairs and lost several pounds!

This issue of Agua invited Efan, a papaya senior optimizer (also you!) ), for you to summarize the five misunderstandings of advertising, hopeHelp people improve their advertising performance and meet their expectations more quickly。 1, did not seize the initial characteristics of advertising to developDelivery policy

a. Set up too many low-budget AB test groups

b. The creative map was selected wrongly

d. The bid was made in the wrong way

e. Adjust your ads frequently in a short period of time

a. Set up the total budget budget instead of the daily budget

b. In the early stages of advertising, in order to reach a wider audience, it is recommended to expand the budget initially and use the Extended Audience feature option (about a week)

2, failed to select the bid strategy in due course

Early in your ad run, set your ad delivery optimization to link clicks

3, advertising relevance score is too low

When the same material is delivered to different groups of people, there will be very different correlation scores and acquisition costs. Based on the ad system algorithm e-CPM, the low ad relevance score will inevitably increase the final acquisition cost.

4, the display frequency is too high

One of the main reasons for the ad's weakness is that it appears too often, at which point the audience has lost interest in the ad, does not click, and forms an automatic blocking effect. Advertising performance is greatly reduced.

5, do not optimize advertising

After setting up the ad, let itself die, do not carry out data observation analysis (each ad group/advertisement, each dimension), so that the underperforming dimensions/combinations continue to spend, and affect the overall excessive effect.

If you're caught up in these misconceptions, make a change early on on Efan's advice, and maybe the data will go up

Efan is a senior optimizer of papaya and is very good at optimizing advertising, and he was one of the main instructors at the previous offline event, sharing a lot of dry goods on the spot.There will be an online course for Efan in DecemberStay up to date with the latest news on papaya cross-border help for the public! 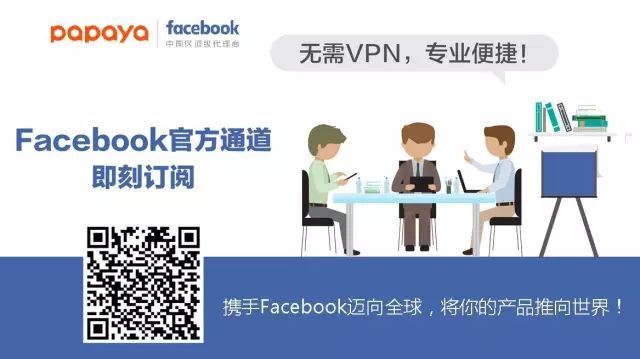 Facebook ads don't run well after data? Watch out for these 5 mistakes!
Up to 200 words, currently totalWord.

God horse?! Don't you know what Facebook ads do?
How to build a Facebook DPA ad
Facebook ads, how do you expand after a pop?
Facebook . . Money can't be spent in vain, 9 ways to judge the effectiveness of advertising
Get started! Facebook automates ad management tools to free up people