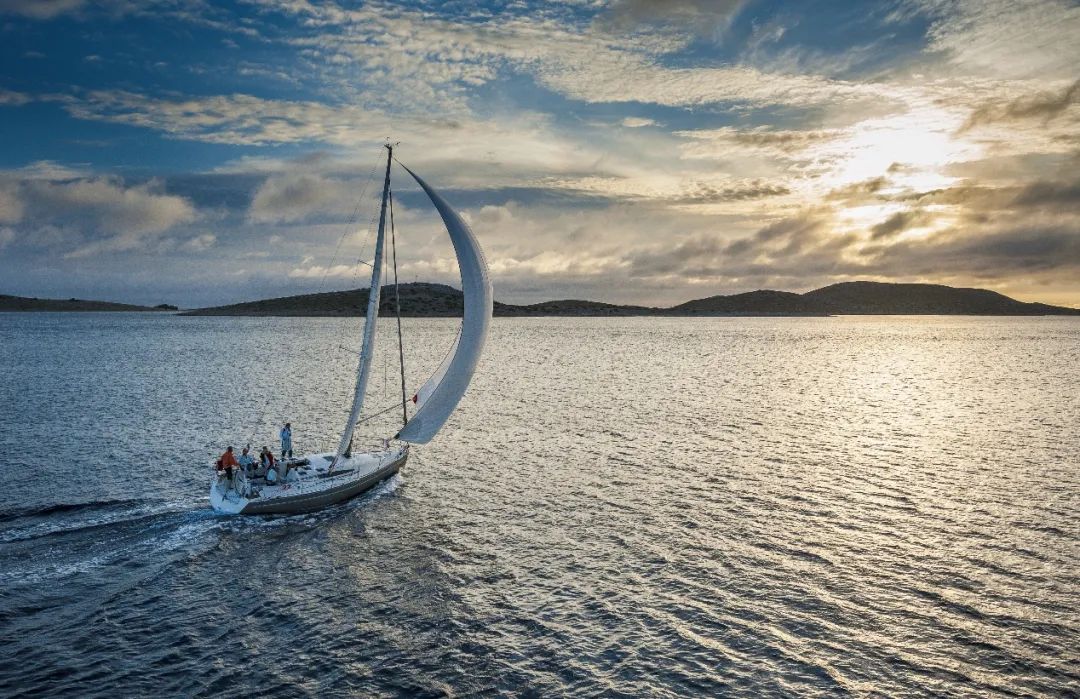 After the Black Swan incident, the world was different - "unusual" became the "new normal".

The global epidemic is becoming more stable and economic activity is restarting in an orderly manner. There has been a multi-dimensional shift in people's attitudes and consumption habits, technological innovation has been given greater responsibility, and the global business order and value chain have been reshaped in shock.

In this wave of change, Chinese offshore companies are more aware than ever that under the iteration of the old and new normals, only by passively responding to the "unusual state" to actively embracing the "new normal" will they have the opportunity to ride the waves on the road to overseas marketing.Based on Twitter's big data analysis of global user conversations and experience working with many brands, I would like to share a new set of insights to help sea marketers grasp the changes in overseas consumption trends in the post-epidemic period, develop more forward-looking promotion strategies, and strengthen long-term connectivity with overseas consumers.

Listen first, and agile responds to changes in user needs

During the epidemic, in the long home isolation, to solve the most urgent needs of life entertainment and telecommuting and proactive change, has become the most prominent user behavior of the "new normal": in the first half of the year, nearly 60% of users on the Twitter platform video viewing time increased, and more than 30% of young users said the habit of developing "irreversible." With regard to "video conferencing", the discussion of "live" has almost doubled, and the frequency of use of emojis associated with "online shopping" has increased 20 times in a short period of time. 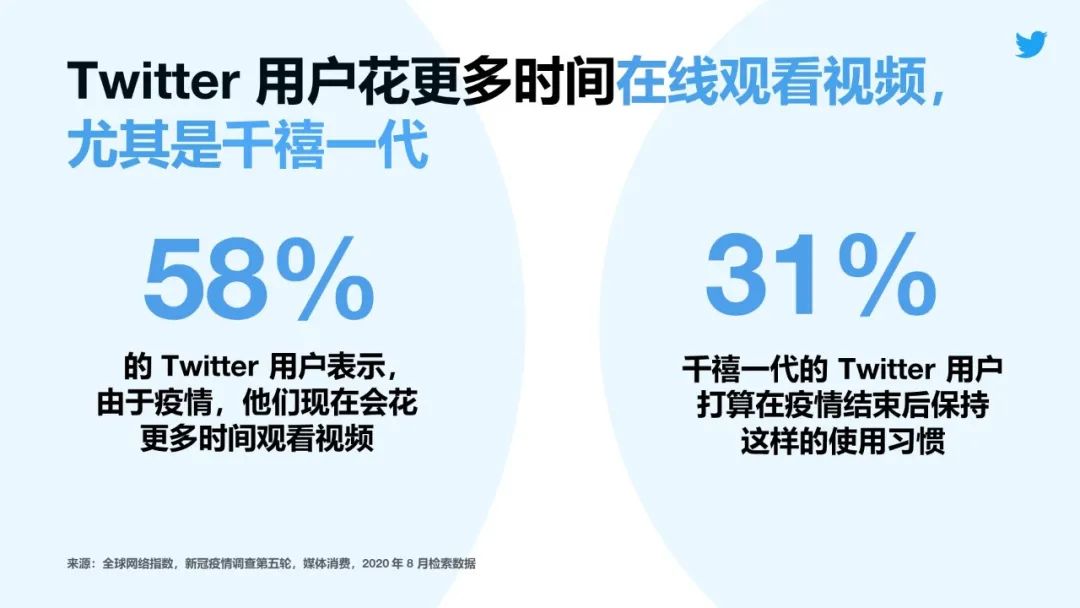 In addition, fluctuations in user sentiment and changes in mentality also bring "uncertainty" challenges to brand communication. According to Twitter's tweets, emotions are mixed: even if refueling is the main tone of communication, people are still anxious, even lonely, about the safety, career and future of their lives and their own lives. 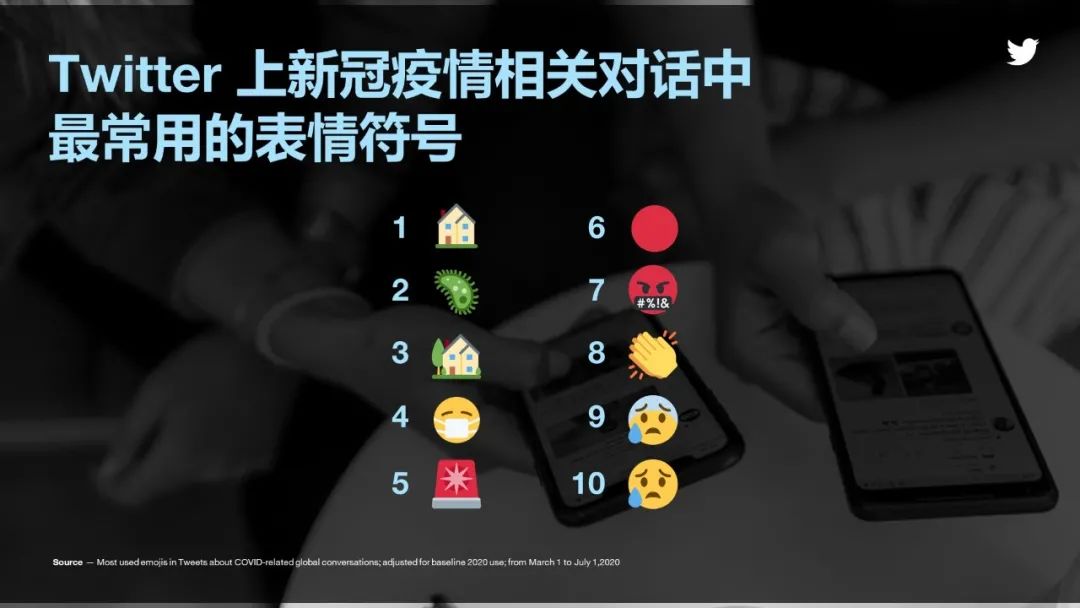 This shows that the brand in a special periodIt is a prerequisite for effective dialogue with the target user to always understand the changing direction of consumer demand and to recognize and understand the user's current mood in a timely manner.Research by the National Association of Advertisers (ANA) during the outbreak shows that 92% of large companies have adjusted or upgraded their marketing materials as the epidemic progresses and social and audience mindsets change.

In March, while everyone was trapped in their homes, Nike launched a new social advertising campaign, #PlayForTheWorld, which showcases athletes from all over the world working out at home through a mixed creative video, advocating that they can stay active and positive at home, not only catering to the global audience's "desperate need for hope and motivation" mentality, but also consistently embodying Nike's brand attitude, which has won praise from the public for its flexible and quick strategy. Re-examine the brand, interest to capture the user's feelings

In addition to reaping attention and good feelings under the outbreak, how can we communicate effectively with the target user? I would suggest that brand leaders may wish to start before planning a marketing campaignThe 3P model starts with clear goals, audiences, and deliverable pledges.

AirAsia, the airline brand that has been badly affected by the outbreak, has created a new one because it knows it can still act as a "service provider" after travel restrictionsPurposeand focus your eyes on the targetAudiences (People)In the current demand, timely updates via Twitter related to travel control real-time news, and even more noteworthy, for small and medium-sized business owners affected by the outbreak, AirAsia launched the "ourshop nourishment guide" to help them use AirAsia's e-commerce platform to launch products - through a series of practical landing initiatives to better fulfill the brandPromisereflects the role of society. 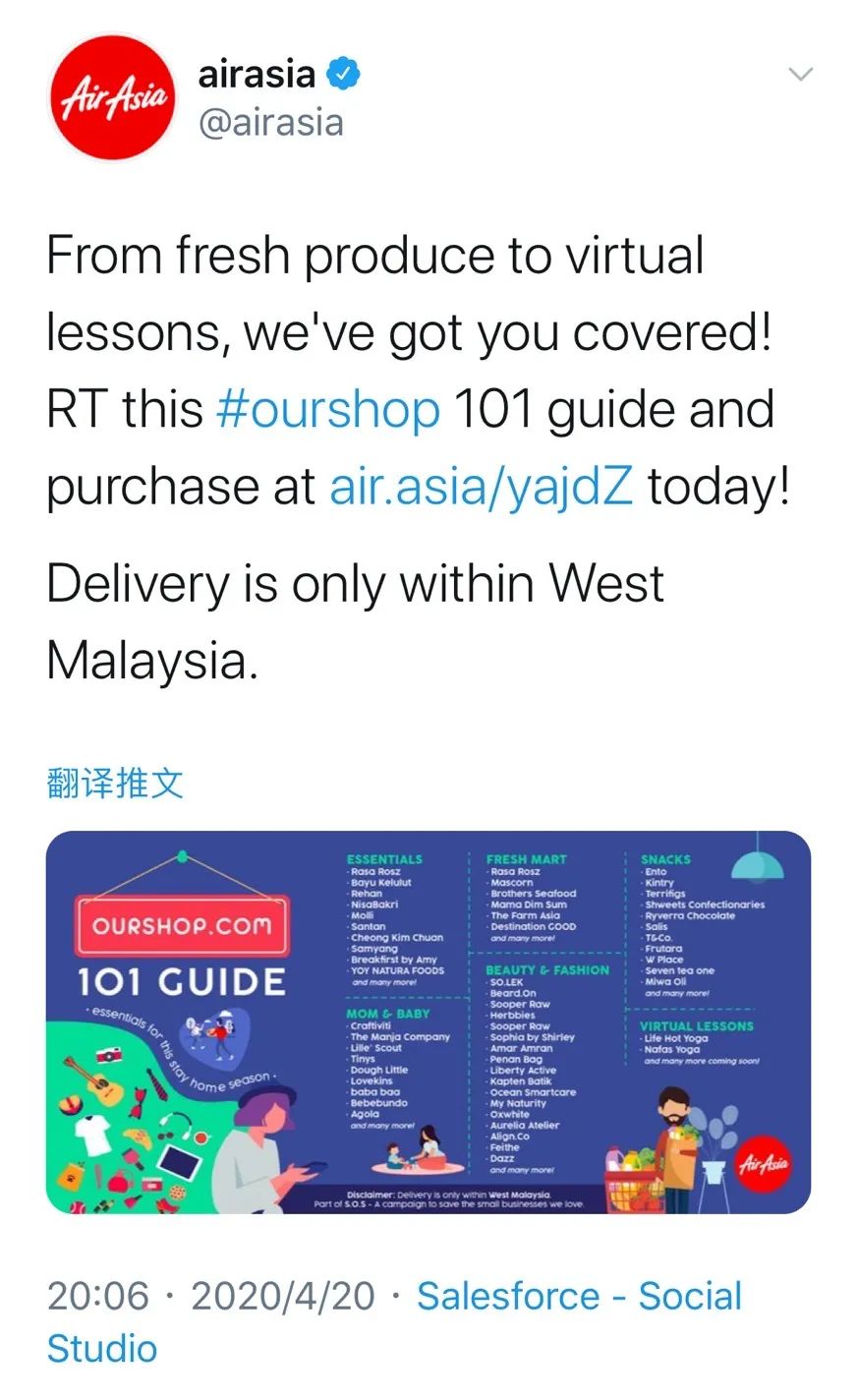 Second, when people are in a state of anxiety,The positive companionship of the brand will be maximized. Try to create a relaxing experience for your userson，Universal Pictures' propaganda approach is worth learning from. In preparation for the release of "Wonder 2: A Journey to the World," which is in isolation and closed cinemas across the United States, Universal Pictures launched a series of 10-hour musical "Long Run" a week before the film went live to attract users to the movie, in which the main character, Chaz, slowly plays jazz and pours calm positive energy into the anxiety of fans. The video received positive feedback from up to 92% of viewers and helped the film to the top of the current list of major video-on-demand platforms. 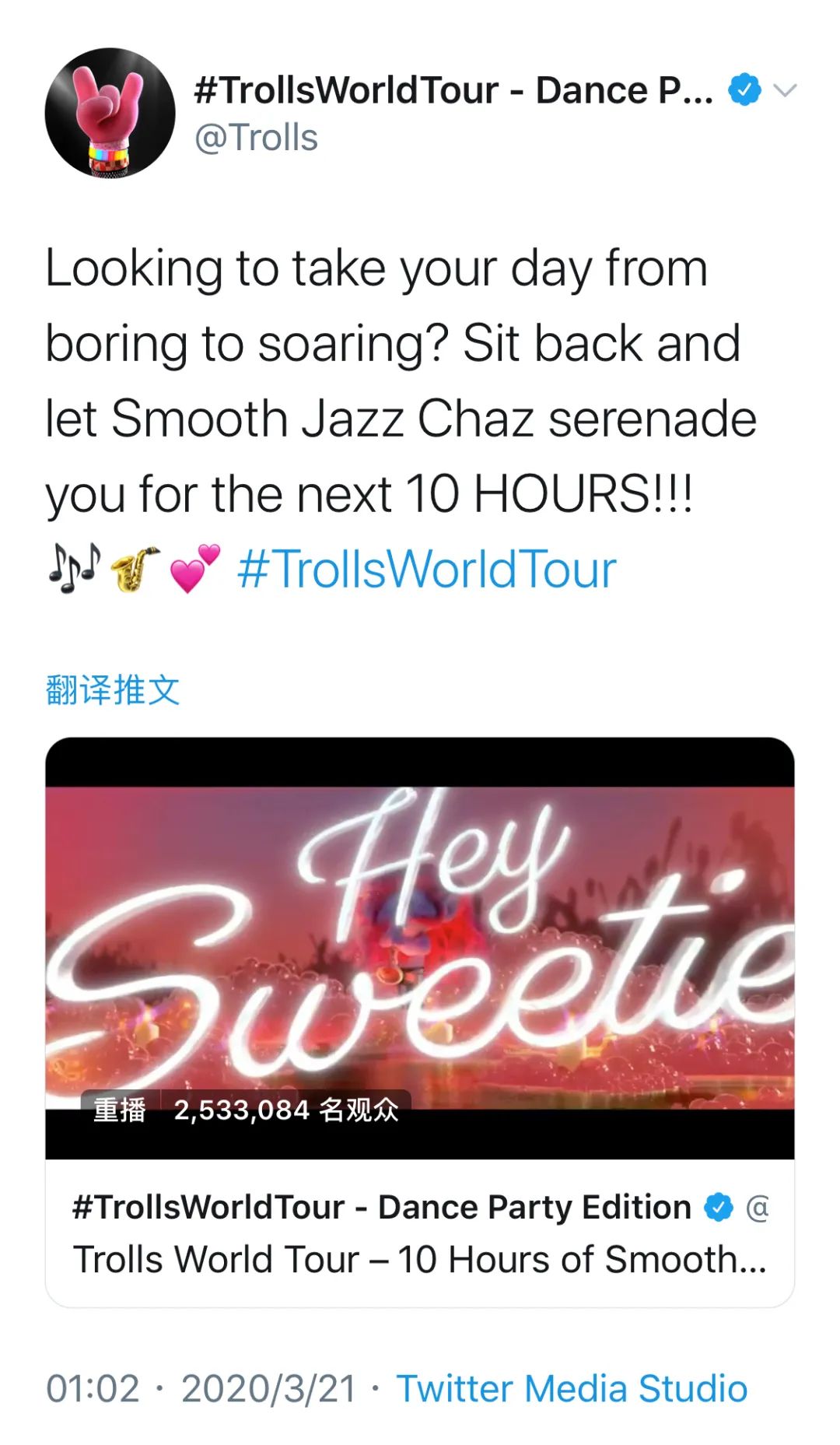 Dare to innovate, pry the dialogue to maintain emotional connection

Brands that can lead the trend in the downturn are more likely to buck the trend: According to Nielson's global statistics, brands launched or re-released during the outbreak can achieve higher-than-average brand volume growth of 15%-25%.

In the past, every year after the Spring Festival will usher in a wave of new mobile phone release of small climax. But the sudden outbreak and isolation measures, so that many manufacturers caught off guard, who can follow the trend, will turn the crisis into an opportunity. For Xiaomi, which has many enthusiasts around the world, it's only two weeks from the date of release to the re-planning of an online mobile launch in 42 countries and territories. At this point, Xiaomi's team quickly decided to join forces with Twitter.

First, through Twitter's ArtHouse, Xiaomi has finalized a partnership with Jonathan Morrison, an overseas tech giant. At the start of the event, Xiaomi invited KOL to appear in a video, announcing the special "social media ambassador" to pave the way for a warm-up of the new product.

Next, Xiaomi designed a multi-round conversation with Jonathan on the Twitter platform, inviting viewers to take part in questions, cleverly embedding the feature highlights of the new product into the interaction with the user, greatly enhancing the user's attention and discussion of the new machine.

Before the launch began, Xiaomi executives also held a "cloud dialogue" with Jonathan, and in conjunction with Twitter's tweets, continued to guide users to click to watch, to promote the success of the event "break the circle", the launch heat to the climax. 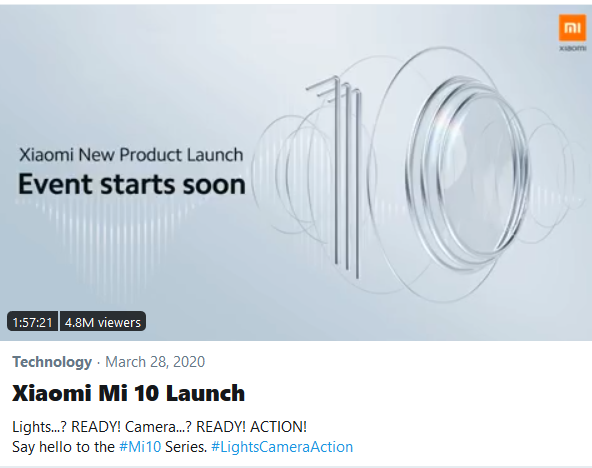 The live event eventually attracted 4.8 million viewers, 7.5 times as many as Xiaomi's previous launches, and the ad exposure reached a staggering 50 million in a day, bringing Xiaomi more than double the brand's positive outlook after the event.

The changes that the outbreak has brought to the industry and audience are highly disruptive, and marketers are the only ones hereListen to needs, clarify ideas, adjust flexibly, and lead the wayIn order to build brand positions in overseas markets with online traffic outbursts, we can achieve in-depth dialogue with users.

Of course, businesses canSocial responsibility in a special period, highlighting brand responsibility and leadership, will win more user likes and trust.A Twitter user survey conducted during the crisis found that 77 percent of users said they wanted to see brands support society and fulfill corporate citizenship obligations during the crisis. We saw a 25-word tweet from Jack Ma "sucking powder" global users in March, the worst month of the outbreak. 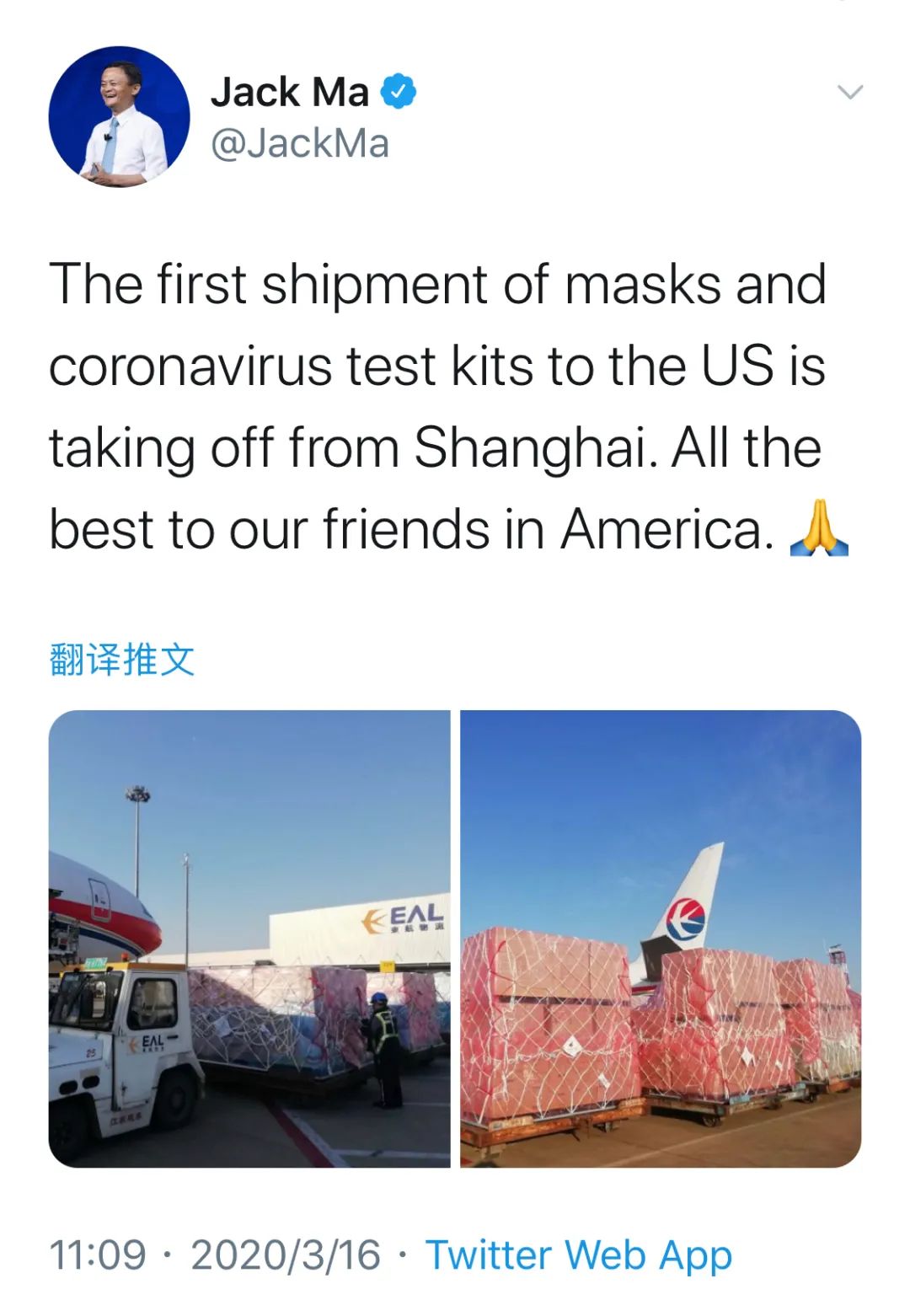 For the sea brand, if you can make good use of Twitter as a marketing "wind beacon", on the one hand, update the company's information and response measures, maintain daily communication, while real-time attention to user discussion topics, so as to optimize the adjustment of customer service experience, to provide targeted and one-on-one support, will greatly promote the target audience from potential, mild consumer to brand depth, loyal fans of the transformation.

The global war "epidemic" is still continuing, "going out" of Chinese enterprises in the "new normal" to continue to move forward, not only need to regain confidence after the return to the right track, but also need to go out to sea marketers with the help of a platform that can link the global audience, find changes in user demand, strategically carry out two-way dialogue and marketing activities, reconstruct the brand competitiveness of the post-epidemic era, for the next sea "golden period" of arrival.

Point on "watching" and "following", turnPowder doesn't get lost! 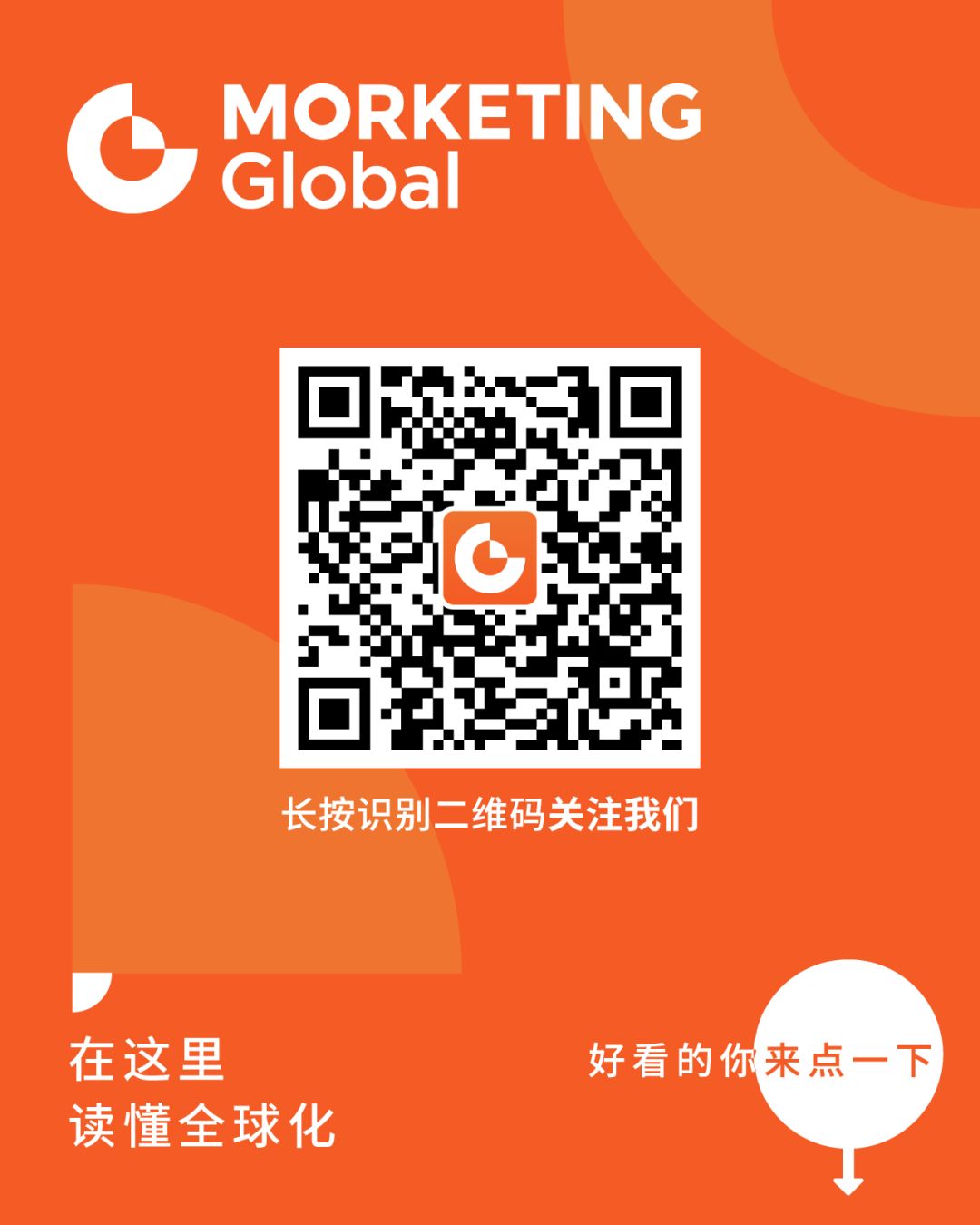