Spring Festival is coming, go home for the New Year.

Every Spring Festival, those related to home, related to home things can always resonate with everyone. Heart-tinged and warm-hearted picture, abuse heart also go heart story, affecting every Chinese heartstrings.

On January 29, 2019, five short films with the theme of "family reunion, reunion and big guiyuan" were launched on the Sina Weibo account of Jin investment, and these 90-second clips set off an advertising creative competition, which also touched the hearts of more and more audience judges.

This "trust is gold" as the mechanism of the advertising creative contest, has been the third season of the golden reward, a total of 20 advertising companies to listen to the brief, after the first round of selection and creative proposals only 5 finalists, millions of prize money is about to be produced, each vote is the audience voluntarily cast, before the winner of the first play through the event. 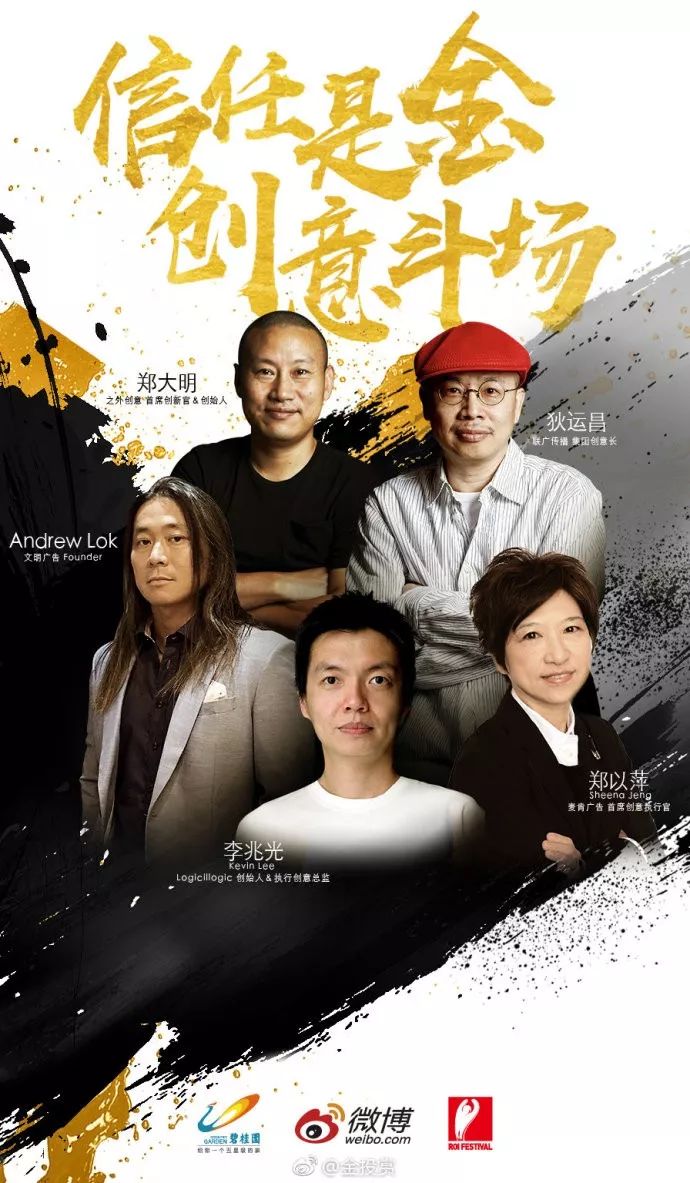 What is the "Trust is Gold" mode?

Official interpretation: clear time nodes and budgets, incentives for millions of bonuses, verification of fair delivery on weibo, high media attention and social reputation improvement... The point is to let advertisers in the process of finding and selecting agencies to reduce repeated communication step by step to find satisfactory works, so that agencies can do their best to focus on the creative itself.

Small editor interpretation: "Trust is gold" is a model to double the effectiveness of advertising dissemination, is a win-win model for Party A, Party B and the audience, is an advertising cooperation, content creation, communication feedback mechanism of the revolution.

New Year want to go home, but no work, no house, no bonus, no good... It's always "afraid to go home", but home is the haven where you'll always be told it's okay.

Outside Guangzhou creative "afraid to go home", 90 seconds concentrated 10 characters and scenes, remarkable. These characters are the people around us and even ourselves, touching the heartstrings of every tear is the true feeling, such an idea can get hundreds of thousands of viewers after the resonance of the retweet.

United wide dissemination of Di Yunchang "if the New Year on Mars", hundreds of comments in every few people shouted "the garden back my tears", "see one cry at a time to " ... In addition to tear gas, there is YY, "The Park contracts Mars to develop human homes"... Such creative audience after the dissemination of natural lenovo brand, which is undoubtedly the brand's favorite location, high conversion is a victory. 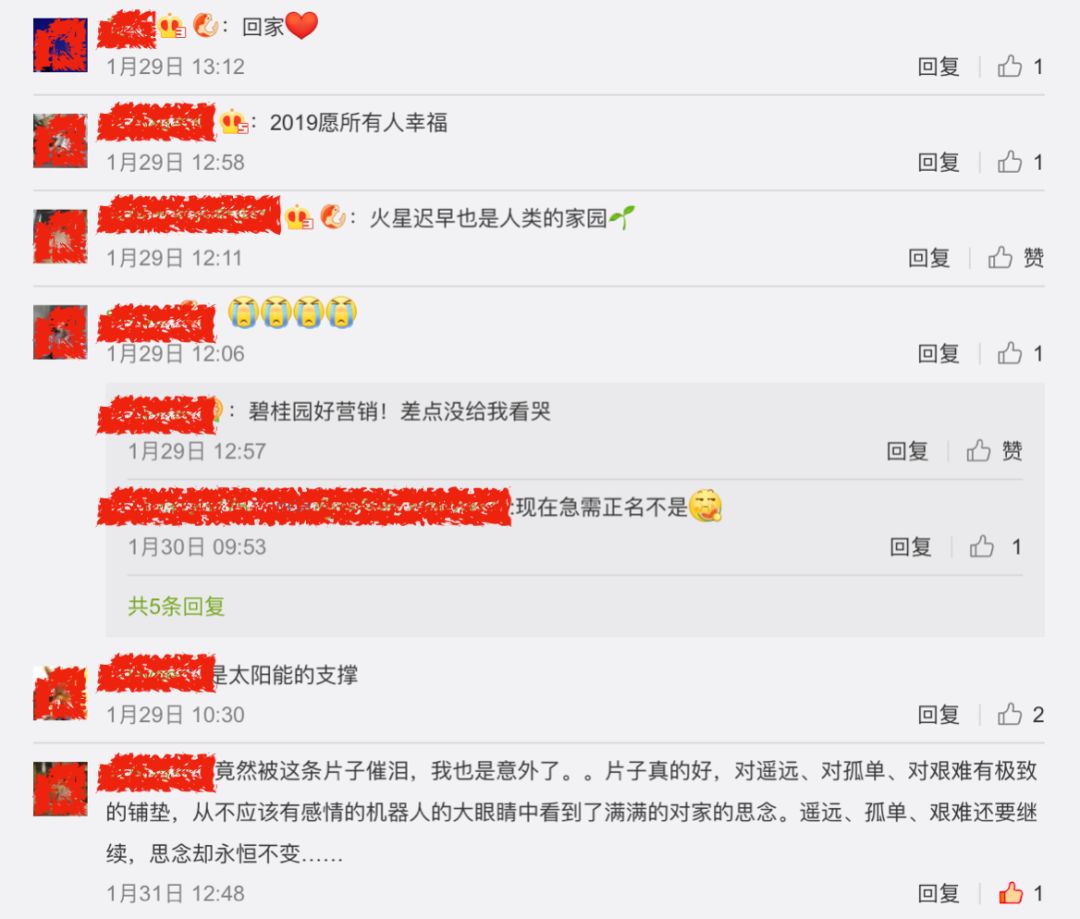 (3) Each warm can be measured with "m2", brand attributes implanted the best 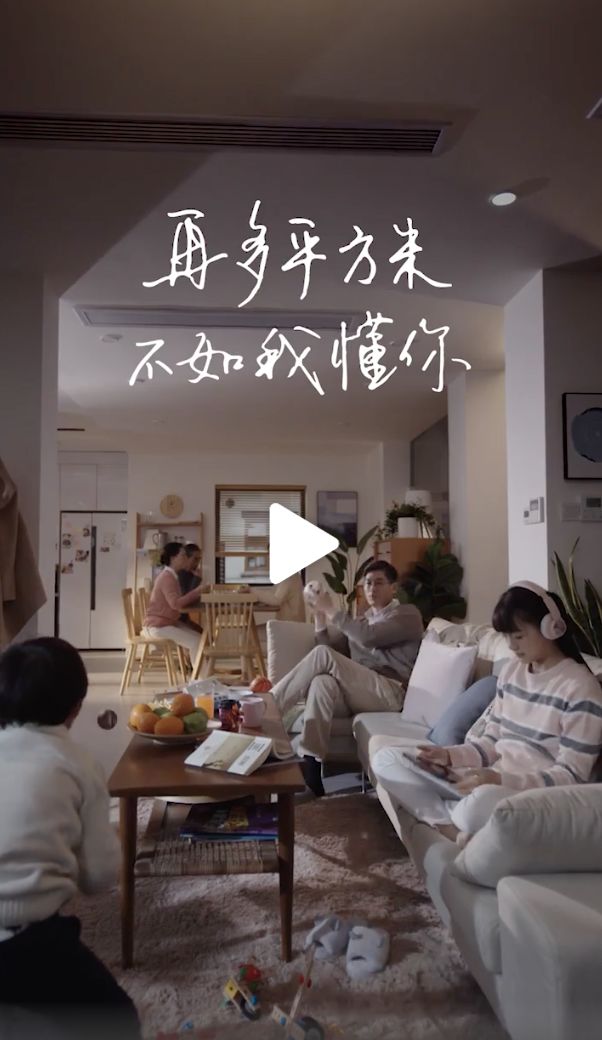 (Image from a screenshot of the selected ad on Sina Weibo)

Party A, Party B, audience, win-win situation for all three parties

Every advertiser in the search for advertising services to go through repeated communication, negotiation, even so, in their unfamiliar "advertising professional" field is difficult to judge, do not see the finished product to pay, like blindfolded sweepstakes, every point of investment has become gambling.

Spend money in a real competition, the results of the competition to the audience reading, forwarding as the standard, the competition is not over, brand communication has begun, once the competition is over, the winning ads also let enterprises dare to increase the delivery. This quick effect, good effect of advertising cooperation, so that the three seasons of "trust is gold" party A are clapping and shouting good!

(2) Party B: Harvest and fairness are from the first-line feedback, willing to "bi-draft"

Party B of the advertising industry is selling "professional and time", if the work to the uncaught or the final audience of people to judge, this is the premise of producing "unfair", and "bi-draft" has gradually become a "subliminal rule" of the game, than the name, than resources, than the cost, professional can not talk about.

In the customer's clear budget, immersed in creativity and production, the best works delivered to the media platform, so that the audience to make a direct evaluation, success can win the customer to reach cooperation, failure can also get a line of feedback clearly the problem, why not.

(3) Audience: Watch ads from the audience to the judges, I am willing to "read carefully"

Every consumer has the need to look at advertising, understand the product, understand the service, understand the enterprise, and then make judgments and choices. But the advertisement is too ugly. I'd rather spend money on members than waste my life on junk ads.

However, good advertising not only sells products, but also reflects the warmth of the world and conveys positive energy. Good ideas can make people pleasing to the eye, understanding, heartfelt praise. When the judges take comments, personally screen, advertising can also have "developer function", "trust is gold" the first quarter of a total of 750 million people watched and participated, this "family reunion, reunion, guiyuan" theme as of today alone under the Golden Bounty Weibo account has received more than 400,000 likes and 55,000 comments. The high level of audience participation has become unprecedented.

Mr. Huang Guangrui, from McCann and Spencer in Hong Kong, said he had never seen such a "draft", so he came thousands of miles away and chose two of the 53 ideas from within to participate in the first round of the first season. Huayi coach Du Wei excitedly said it was "back to the way it should be." Past: Looking for advertising services is best to find services to peer, similar enterprises, at least you can look at past cases.

Now: a video cross-border, not only advertising companies involved, film and television companies, documentary companies have been shortlisted.

In the past: first the strategy, then the idea, then talk about procurement. Every link is a bumpy road, uncertain, cut prices, drag.

Past: Deliver ads, close payments, serve and disseminate packaging, or work with other media companies at the advertiser's discretion.

Now: Reading is the hard standard for winning, and each participating company uses up all the time to pull votes for its shortlisted ads. From creativity to production to communication, it's finally one-stop.

Past: Advertising is the audience's urine point.

Now: Look at the ads as judges, the industry standard audience is in the right word.

The "Trust is Gold" international brand creative contest sponsored by Golden Rewards has changed the usual limitations of the advertising industry with a brand-new model from the beginning of its establishment, forming a virtuous circle from the multi-dimensional multi-angle of advertising cooperation, creative production, delivery dissemination and feedback effects.

The theme of the first season of the "Trust is Gold" brand creative contest is McDonald's buffet ordering machine. On July 14th McDonald's headquarters gained insight into dozens of customer concerns from seven participating companies, including the inconvenience of ordering meals for deaf and mute people, the avoidance of social phobias among young people, and the fact that adults seek to be childish and not embarrassed... It ended up with 750 million readings.

The theme of the second season of the "Trust is Gold" brand creative contest is "JD.com 6.18". Weibo data shows that the short films in the "trust is gold" mode more effective dissemination. The value of the dealer's efforts increased by an average of 66%, with the internal driver accounting for 42%. For advertisers, satisfaction increased by 30% and 37.8%, respectively, after watching five films.

The third season of "Trust is Gold" brand creative contest advertisers are "Guiyuan." After the release of a brief with the theme of "Home Reunion, Reunion, And Guiyuan", on January 29th five shortlisted short films were just launched, the million-dollar prize was outstanding, and a visual feast for Chinese people around the world with the theme of "Going Home for the New Year" has officially begun.

Therefore, we say, "Trust is gold" brand creative contest is a real "advertising input, media communication, audience reading, effect feedback" virtuous circle of the model, is China's first truly respect for creativity to face the dissemination of the effect of the brand creative contest.

Away from hard wide and selling

Advertising has finally been pushed into the golden age by "trust"

Once, many viewers took foreign award-winning advertising ideas to the Chinese advertisers, but China's advertising ideas are not artificially low, but by the price, delivery process and gold father's various modifications.

Once, many advertisers have struggled between works and assignments, tangled between doing things and selling manuscripts, this is every advertiser's helplessness is also the whole of China's advertising industry sad.

Today, the advertising industry is moving from hard to high-quality, original, themed content, and the "Trust is Gold" model is the strongest accelerator of this shift.

Clear time and budget, with the "bottom" to build trust, advertisers "lose money" is also willing to come up with good ideas. In the three seasons of "Trust is Gold" finalists, more than one company produced over budget, because I believe there is a "bottom" also because of the creativity moved themselves.

Advertisers do not participate in modification, with trust to support creativity, advertisers go all out to fight professional. Through the three seasons of "Trust is Gold" shortlisted advertising creative process, customers found those closest to the consumer's in-depth research, those back-and-forth by the screen and notes, as well as those who do not even realize the advantages of the brand, customers give trust to make professional people more attentive, the result is that each other are surprised.

Organizers strictly implement the entry process, with the mechanism to build trust, advertising companies than the draft is not to rob customers, look at the peer's perspective, listen to expert reviews, review their own technology, trust so that the competition can learn something to improve themselves. 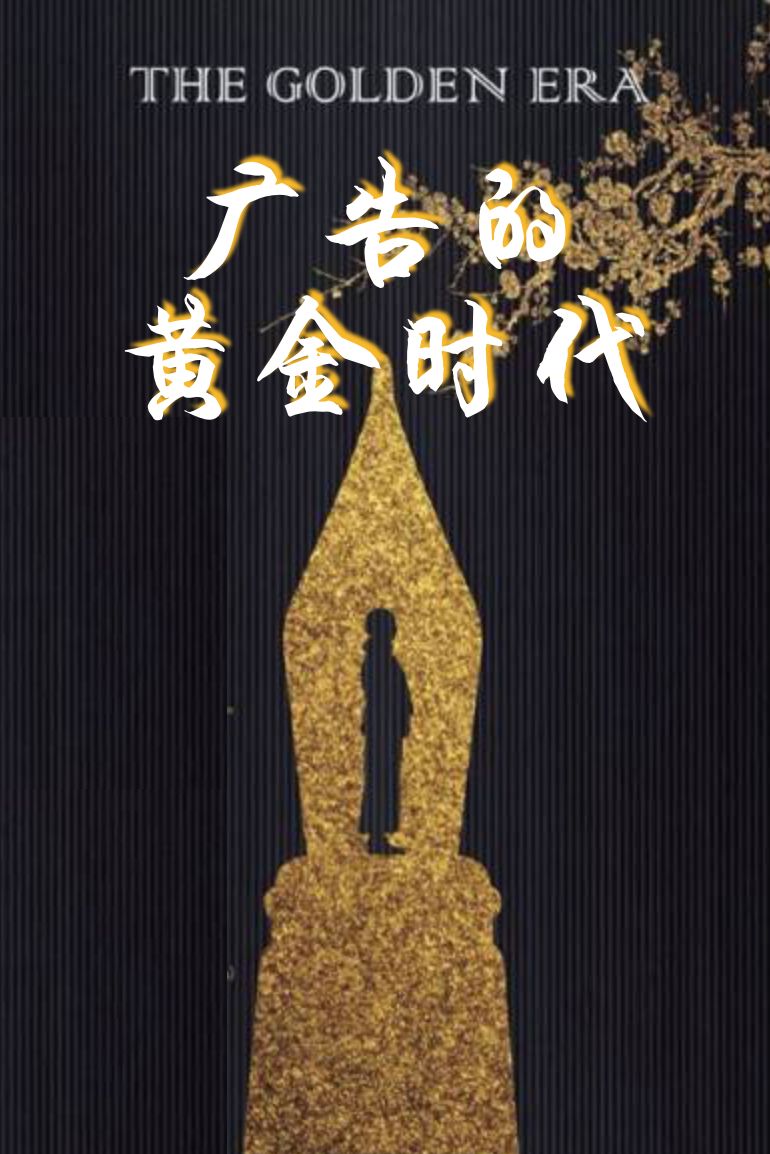 The editor sincerely invites everyone to Sina Weibo to watch the creative short video of the top 5 teams in the park, when the judges choose favorites, to promote Chinese advertising to a real creative journey.

All of the shortlisted videos below can be viewed on Sina Weibo's official account or on Tencent Video Search. Recommended, plant grass, small editor favorite if the New Year on Mars. 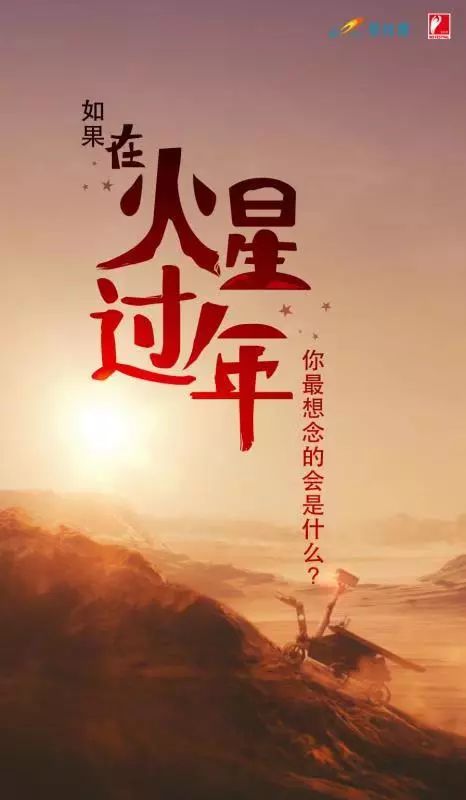 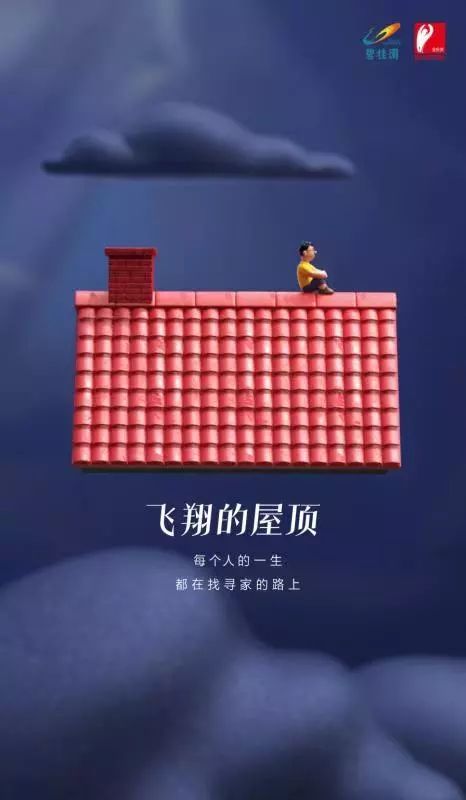 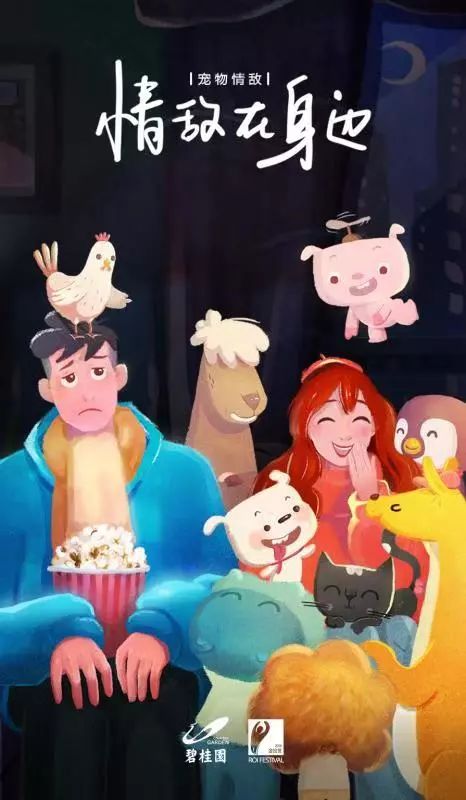 Outside the creative Zheng Daming 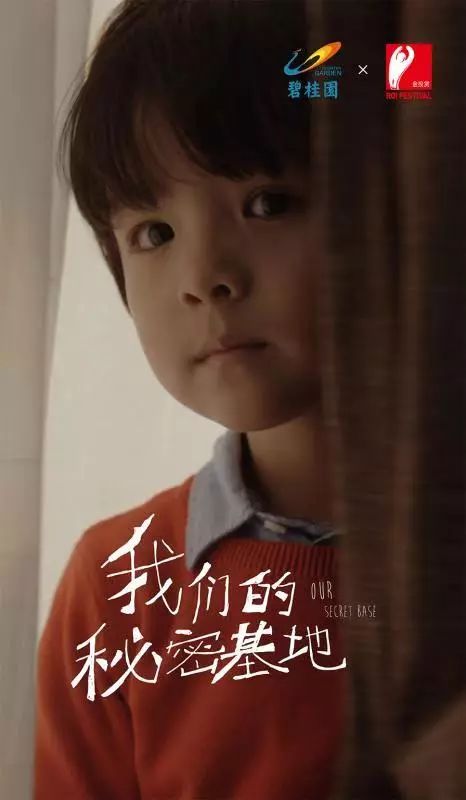 Advertising model revolution, China finally ushered in a win-win situation of creativity and marketing.
Up to 200 words, currently totalWord.