If reading is not convenient, you may as well listen to the voice

Streaming TV services such as Youtube TV are looking to offer cheaper channel packages over the Internet to reach users who cut off communication lines. But with the rising cost of the pay-TV model, these services are hardly profitable. Virtual MVPDs (i.e., Sling TV, DirecTV Now, YouTube TV, Hulu Live, and PlayStation Vue) are looking for better targeting to serve viewers, but whether they will reap enough money from advertising to achieve their goals remains to be seen.

Streaming TV services such as Youtube TV are looking to offer cheaper channel packages over the Internet to reach users who cut off communication lines. But with the rising cost of the pay-TV model, these services are hardly profitable.

Traditional cable, satellite and telecommunications distributors have been able to partially offset user losses with these streaming services, but those numbers still lag behind the 92 million people who still pay for traditional services.

Most virtual MVPDs are still losing money because they have to pay more to deliver different TV channels, rather than charging customers a monthly fee. For example, Youtube TV costs $40 a month, but pays channel owners about $49 a month. People want to attract more consumers from traditional pay-TV and increase advertising revenue by combining size with advertising goals. 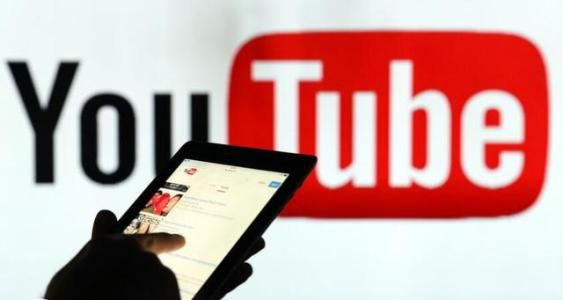 Virtual MVPD positions itself as a true addressable advertising provider, or as a provider serving a single home or even a potential individual television audience.

Similar to cable and satellite distributors, virtual MVPDs advertise for two minutes for every hour of programming on the channels they serve. Sling TV, DirecTV NOW and Fubo TV are already selling these ads for a period of time. Over the past month, Hulu has gradually started selling its live TV service, and YouTube plans to do the same before the next season begins this fall. 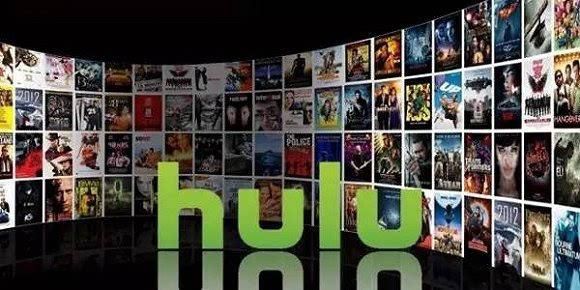 "So far, they haven't formed a scale, but they're targeting one of their main plans right now," said Matt Denerstein, managing director of cross-platform investment at United Securities North America.

Another selling point is the uniqueness of the service itself.Hulu, for example, does not intend to sell its live television separately in the future. It sells through subscription video and live TV services supported by its ads, with the idea that advertisers buy television in the same way that people are used to watching TV: sometimes live, sometimes on demand.

At the same time, YouTube TV will integrate its TV shows into Google's top priority channels, including the top 5 percent on YouTube. (Youtube TV positions itself as a unique TV and video service that is different from its competitors.)

Pricing based on the audience

Virtual MVPD vendors believe they can charge for extra inventory by providing better targeting, but the question is whether advertisers will pay.

In a recent conference call, Randall Stephenson, the company's chief executive, said the company earns three to five times as much per ad sold on DirecTV when it uses data to deliver ads to a specific audience. Adam Lowy, Sling TV's head of advertising sales, says there is growing demand for its addressable TV products. On Sling TV, he says, more than 80 percent of purchases are targeted (excluding targeted programming or television networks). Sling TV's programming service accounted for 50 per cent of Sling TV's advertising business last month, up from 15 per cent five months ago. 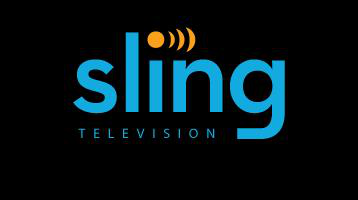 "Advertisers will continue to want to buy networks and shows," says Adam Lowy. "But they're also getting used to new ways of buying, especially when we're targeting premium TV content."

Ad buyers say they will pay for a highly targeted ad in the virtual MVPD, but it will change its customers and goals.But some people still think it's valuable to be able to run ads on a particular network or tv show, which they can't do on YouTube and Hulu live.

"For some customers, context is important," said Nick Pappas, chief executive of Swell Shark. "Network and cable operators allow you to choose. But with virtual services, you don't always get the same level of specificity as you do direct contact with a network or cable operator. "

Large traditional distributors such as DirecTV and Dish also offer specific networks and TV shows, as well as addressable audiences that appeal to millions of users.

Nick Pappas says: "When you buy a DirecTV, you're sure to be on the biggest screen all the time, and on Hulu, you're only on the TV screen about 60 to 70 per cent of the time. "

Can advertising revenue offset the loss of program costs?

The ultimate question is whether virtual MVPD can generate enough advertising revenue to make a profit. According to a report by SNL Kagan, the average user earns $37 per virtual MVPD. Most of these services, including Youtube TV, DirectTV, Hulu Live and Sony's PlayStation Vue, charge $40 or more. 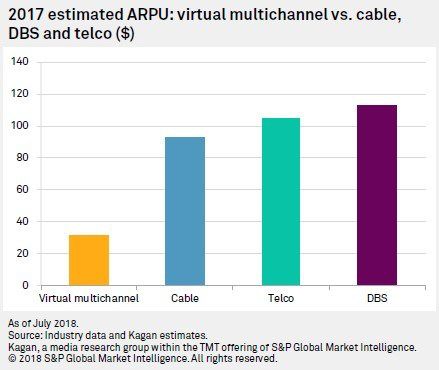 Program costs are also expected to increase by a few percentage points a year, which is common in the pay-TV industry.

"We've invested a lot in programming, and those investments will continue to grow, whether we're talking about original programming or live sports," said one television network distribution executive. "

YouTube expects to earn between $15 and $16 per user once it starts selling its ads on YouTube TV.

"The reality is that there's a lot of room for growth," Gandler said. " (Traditional) distributors have been selling ads for decades, and if you count it, it works well for them." 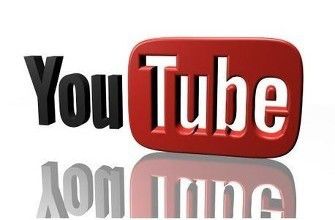 There are still many questions to ask

For all this work, virtual MVPD will need well over 6 million subscribers. A separate report released by SNL Kagan in June estimated that subscribers to these services would increase to 15.3 million by the end of 2022.

Alan Wolk, chief analyst at TV Rev, a consultancy, says:"Everyone already knows that all these virtual MVPDs are losing money. Because logic tells us that you can't sell so many networks for so little money. "They do it because their goal is to expand the audience."

Industry sources are mixed enough to put virtual MVPDs within the same range as traditional distributors. Do these services need to add more channels to attract more customers?

"At that point, scale becomes less important and more about waiting for it to grow and survive long enough that when it fails, you'll be there to clean up the mess, " says a long-time TV and digital executive. "The question is: how long will it take us to get there, and will we be able to raise enough money to do so? 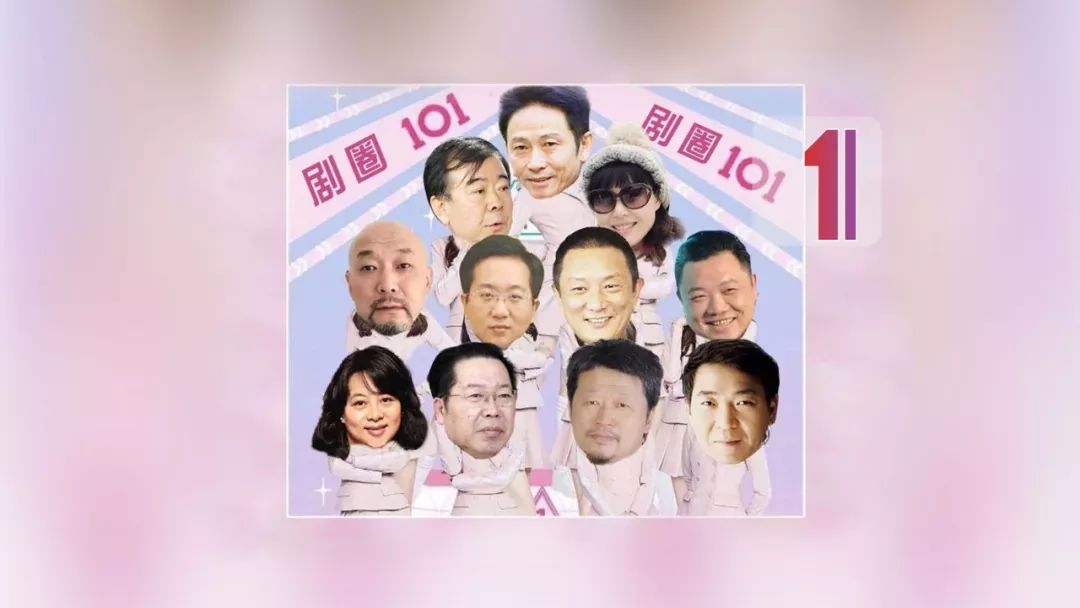 2018 Q2 Media No. 1 Entertainment Blue Book Platform:TV VS video site, the two may be equal 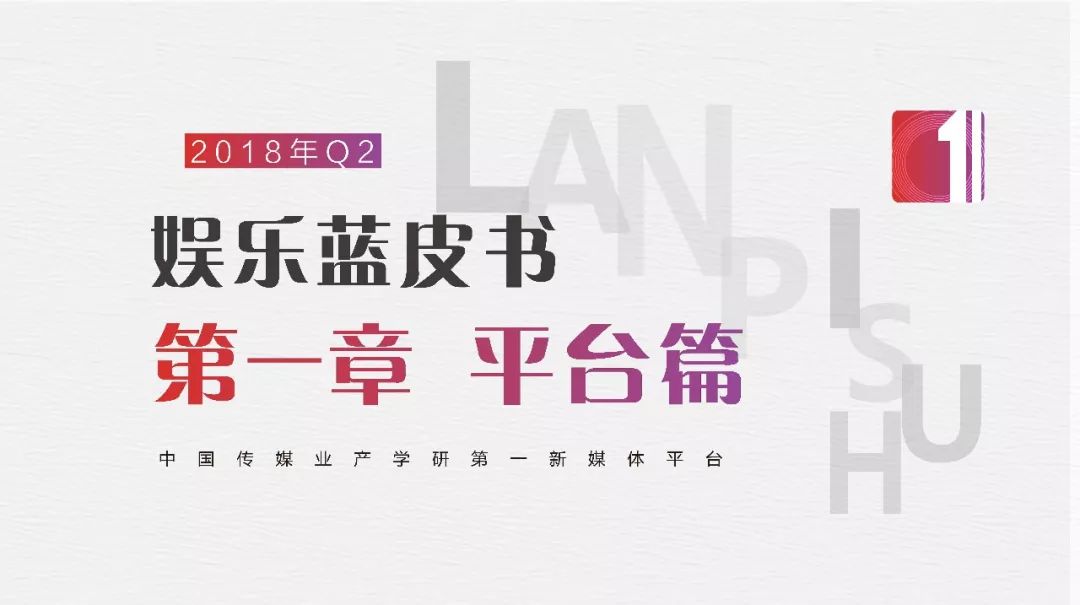 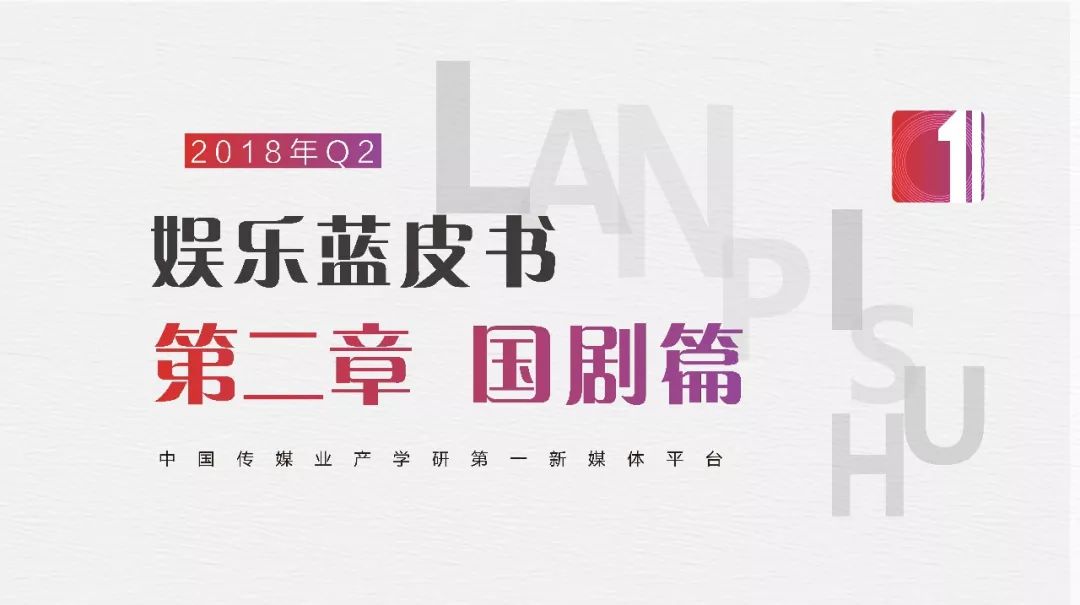 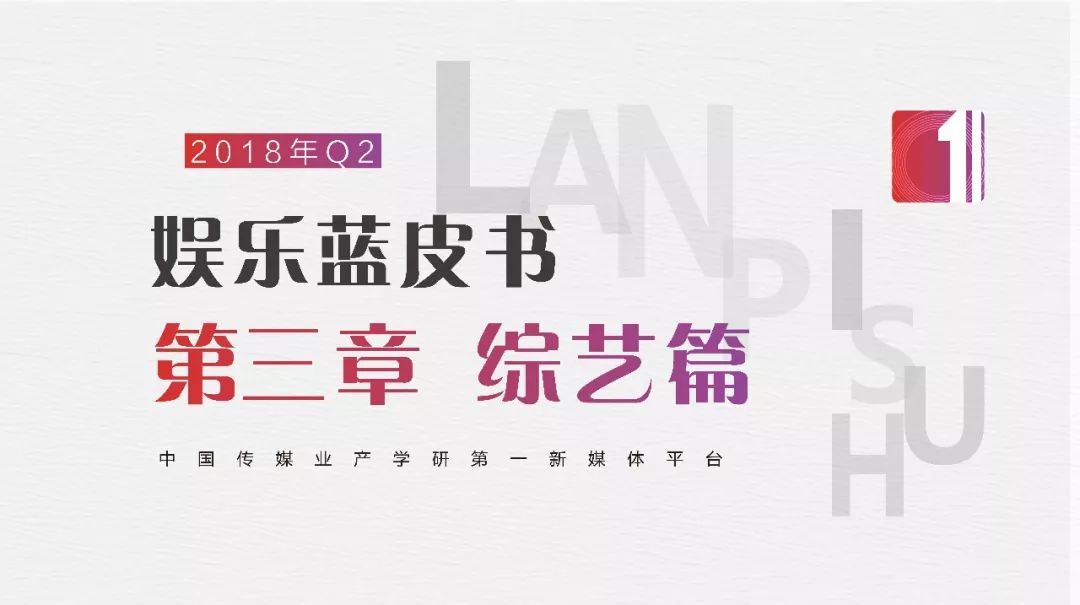 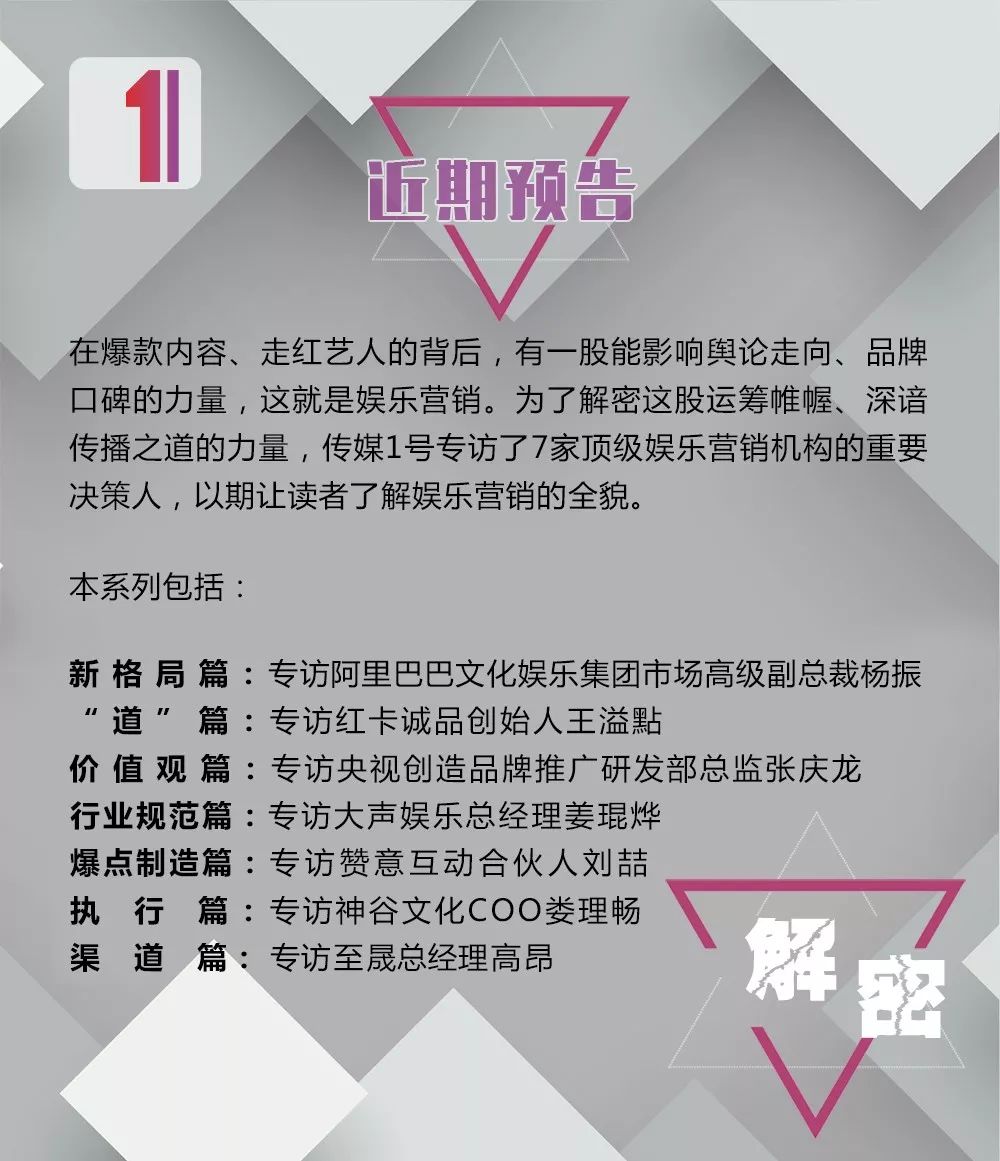 Academic No. 1 : DIGIDAY Research Office: How does the Youtube TV streaming TV service target ads?
Up to 200 words, currently totalWord.

Hillary Clinton officially announced her candidacy for president of the United States, and campaign ads ran across Youtube
Facebook and others use share of advertising revenue to attract YouTube's popularity
How to appeal to all users with one ad, YouTube has launched a chilling new marketing weapon
Youtube has announced it is blocking its advertising resources after a short video of the "Split Brother" filmed the body of a suicide bomber
Can a patient's plastic surgery experience be advertised? Cosmetic clinics have controversially posted such videos on YouTube