The Trump campaign bought a YouTube headline on Election Day

Network Audiovisual Ecosphere (ID: wlstq):From policy regulation to content production, from technological innovation to business operations, from marketing to capital operations, take you through the ecological changes in the online audiovisual industry.

In the days leading up to the 2020 U.S. election, the Trump campaign bought some of the most valuable advertising space online, according to a Bloomberg report. Mr. Trump's re-election campaign bought a YouTube headline on Election Day on November 3rd, the space at the top of the video site's home page. YouTube headlines usually run all day long. The exact duration and financial details of the Trump campaign's ad purchases are unclear, but it is estimated that the average daily advertising cost for the location could be as much as $1 million. 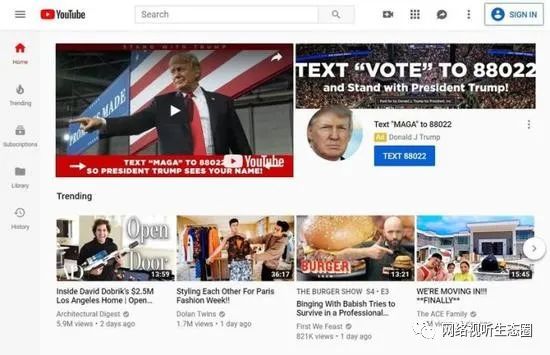 It's not unprecedented for a campaign team to buy YouTube headlines in a similar way. In 2012, the Obama campaign bought the same ad space before Mitt Romney won the Republican nomination. This isn't the first time the Trump campaign has bought a YouTube headline, which it made last June to get its message across in the first Democratic debate.

Despite the precedent, 2020 is a very different year for the flow of political money to high-tech companies. With the election coming up, big tech platforms are still adjusting their political advertising rules. The uncertainty is a boon for campaign teams eager to put a lot of cash into technology platforms. Facebook is still under scrutiny for its willingness to accept money for political ads that contain misleading claims, even though the company suffered a cash shortage during the 2020 campaign. The most notable of these is billionaire Mike Bloomberg, who has spent $33m on Facebook alone in the past 30 days. Despite its controversial political advertising policy, the controversial Facebook page, through its powerful political ad base, provides surprising transparency to content running on the platform, a tool that has been the subject of controversy surrounding the 2016 U.S. election.

Twitter, on the other hand, has opted for a total ban on political advertising and is currently working to label "synthetic or media manipulation" that "misleading users," which could flag non-paid content by candidates, including recently tampered with debate videos by the Bloomberg team. Twitter is addressing its own policy issues in a relatively open way, subjecting itself to trial and error rather than setting the rules in stone.

Unlike Twitter, YouTube will continue to accept political ads, but last year mysteriously removed 300 Trump campaign ads without revealing what policies they violated. Google also announced that it would limit the targeting of election ads to several high-level categories (age, gender and zip code), a decision the Trump campaign called for to "clamp down on political discourse." Despite Google's strong position on micro-positioning, the policy of allowing lying in political advertising is a far from Facebook's "one-in-one" approach. Google does not allow "misleading statements about the census process" and "false statements that could seriously undermine participation or trust in the electoral or democratic process."

Much of the criticism surrounding political advertising in recent years has revolved around the micro-targeting of ads to specific users, the massive amount of personal data collected by modern social platforms, and an effective technology that goes back in time. The operation will take place in 2020. Trump's campaign successfully exploited the phenomenon in 2016.

YouTube declined to confirm the Trump campaign's ad purchases to TechCrunch, but noted that it was "common" to buy YouTube headlines during the election. "In the past, campaigns, PACs and other political groups have been running various types of ads until Election Day," a YouTube spokesman said. All advertisers follow the same process and can purchase headlines as long as the ads comply with our policies. " 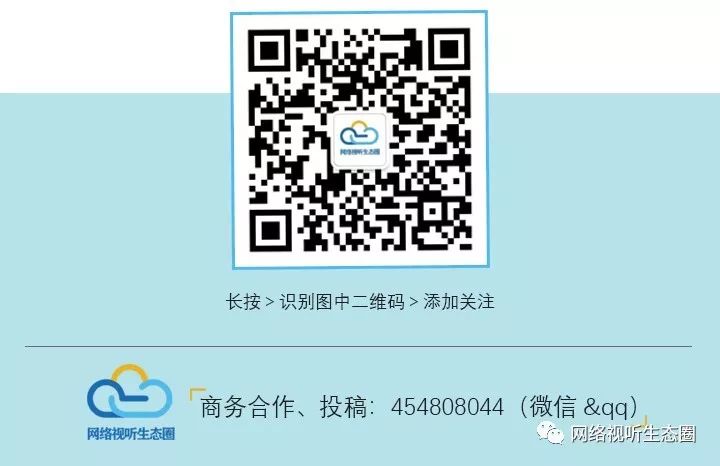 The Trump campaign bought a YouTube headline on Election Day
Up to 200 words, currently totalWord.

NetEase was legally interviewed and punished, and Apple's scheduled iPhone 12 launch was a weekly hot spot
October 10th, The Evening News of the Post
More than 40% of the traffic on the Internet is fake, and people are fake!
"The Original God" released 10 days of global revenue of nearly 90 million U.S. dollars, a new record for the second time!
Internet companies trap 20,000 people