Musk, who doesn't need PR, why can't Li Shufu do it? Auto-smart

Musk and his Tesla have never been short of news, and even if they don't, he can make his own. 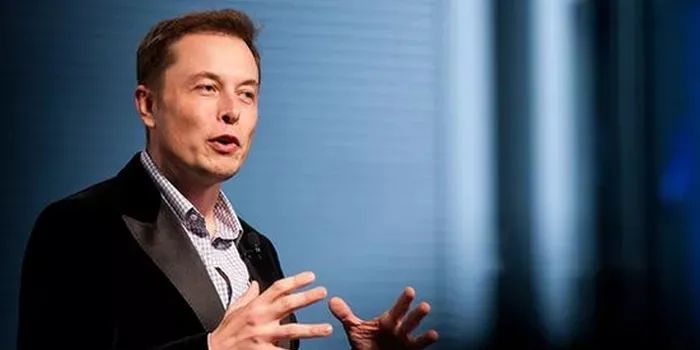 That means Tesla will be the first global automaker and even technology company not to communicate and deal with the mediaHeterogeneity.But Tesla has long been "unique" in its unusual and atypical corporate strategy.Coupled with Musk's rebellious personality and Tesla's foreign PR strategy and performance over the past six months or so, it's no surprise that Tesla is now taking this bold step. 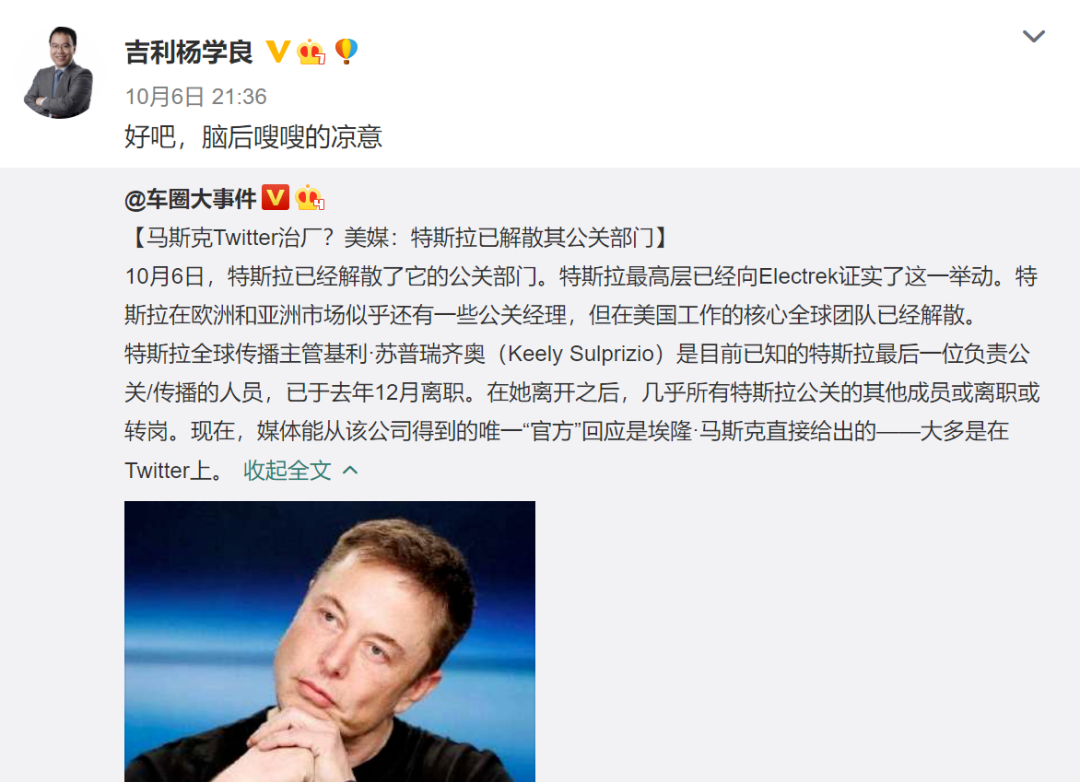 Geely's vice president of automotive groups sounded as if he wanted to say something.

In a 2015 interview with CCTV's The Road to Innovation, Musk was asked: What is Tesla's marketing strategy? Musk replied at the time: I hate the word marketing.

Why does Musk hate marketing?

Because he himself has become a live advertisement, who likes to spend extra money? 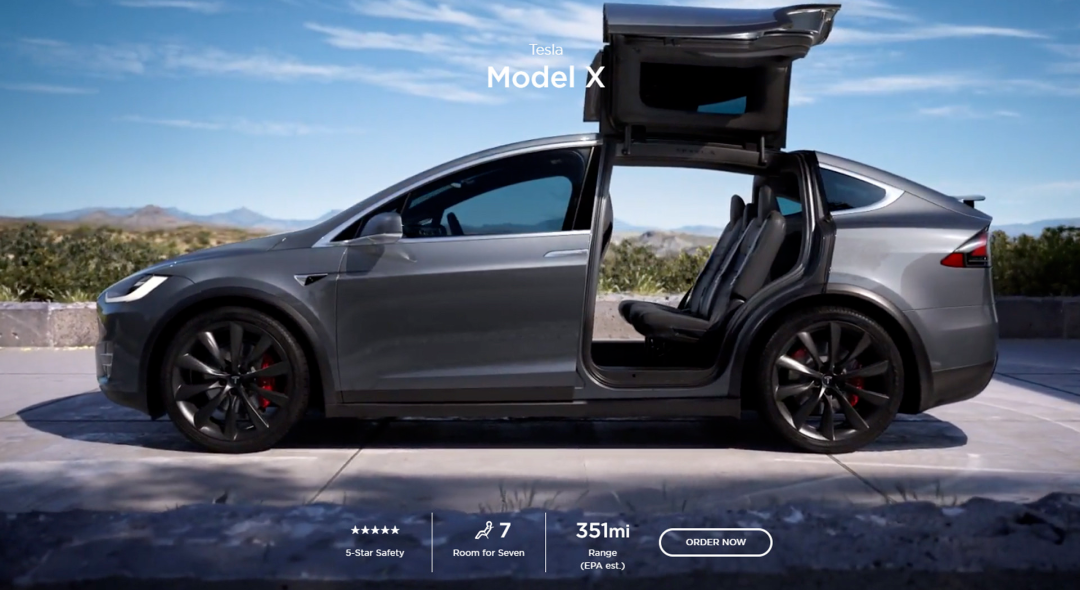 In this way, Tesla and Musk are the ones who are the most critical.

But the way to stop Tesla's crazy marketing without spending money? Not really. 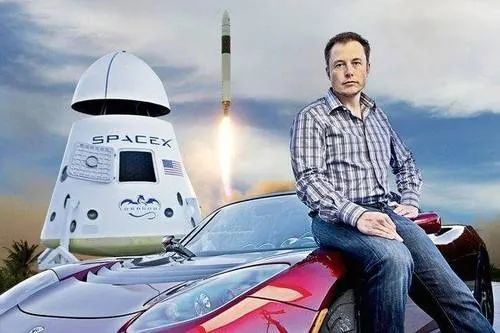 And, of course, Tesla's biggest strength comes from its confidence in its products. Tesla has said many times before that it doesn't want to focus on advertising in terms of product strategy, but rather wants to talk about "products."

From this point of view, Tesla caught up with the hottest electric car concept, praised by the public as the automotive industry's Apple; founder Musk is also an unruly master, quite Jobs's style; and Tesla has developed more than a decade of electric cars not profitable, burning money like wood, do not know how many times have been questioned. These three points at the same time combined, Tesla casual fart can be hot search, can be called the contemporary "flow cow", do not worry about no traffic. 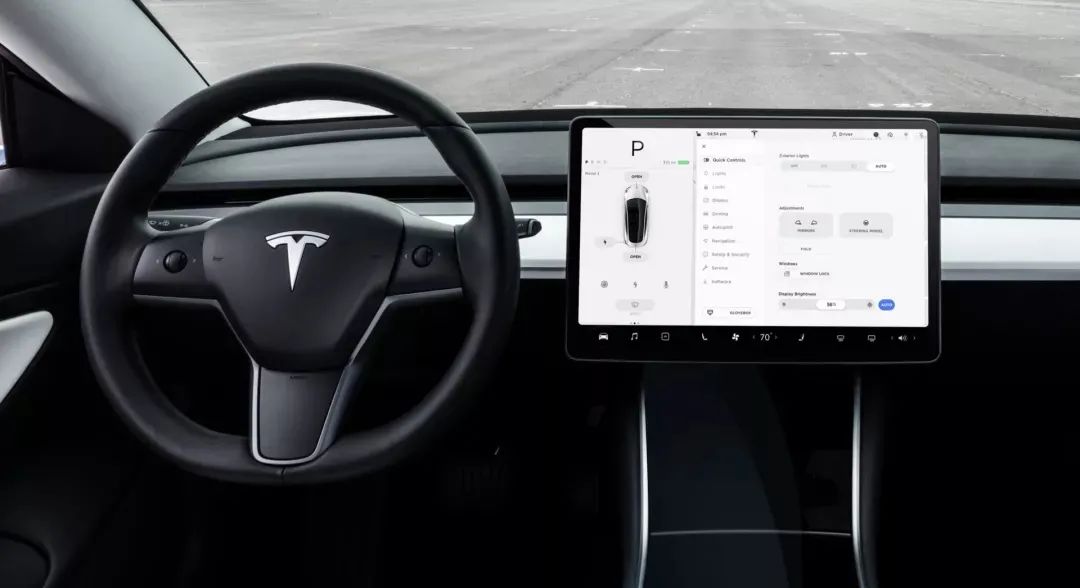 Tesla has done a great job of portraying itself as an innovation leader in electric vehicles, and that's a successful brand case.

Tesla has succeeded in positioning its brand as a disruptor in the automotive industry, leading the way in car ideas, and by borrowing the title of founder Musk's "Silicon Valley Iron Man" to "anthropomorly" the product, indirectly creating the "tall" image of Tesla's "car" by creating the legendary charm of "people", easily shifting fans' attention to Tesla cars.

Now, in addition to driving Tesla to meet transportation needs, people who drive Tesla will be labeled as successful, tech, environmentally friendly, cool and other emotional labels. This "self-satisfaction" has become a self-branded, maverick symbol in Both China and the United States, especially among the younger generation, which is hard for traditional car companies to do.

The auto industry has entered the era of electricity, with many companies launching electric cars, the first target of which is Tesla.

But no one did what Tesla and Musk did.

Domestically, the hottest hype is Geely Li Shufu. Because in terms of wealth, Li Shufu is the richest car man; in terms of scale, Geely's products are abundant and electric for many years (though it is now slow); and in terms of action, Li Shufu's Geely is also carrying out space programs like Musk's Tesla. 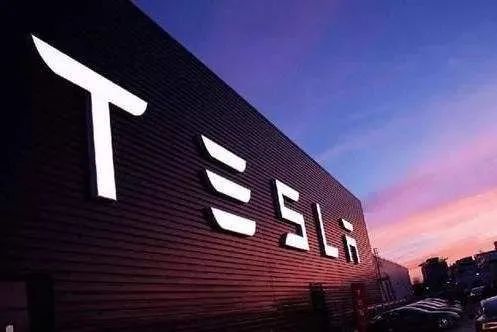 Professional analysis suggests that Musk's Tesla is typical of the era's brands.

First, he occupies an absolute boss or even a monopoly in his industry; second, his product innovation is often industry-leading; and second, he has a group of extremely loyal consumers...

In the entire business world, brands that reach this level may be less than 1%. For the other 99% of companies, it may not be the dissolution of the PR department that needs to be considered, but the emphasis on PR capabilities is far from sufficient.

Li Shufu's Geely is no exception.

From Geely's point of view, although the volume is large enough, but far from the position of absolute boss, even in the domestic brand, there is the Great Wall, Chang'an and other brands with its chamber of resistance, not to mention in the field of new energy, Geely has been completely behind BYD, Weilu and other domestic brands;

In such a reality, Geely had to use the public relations model, to help brands pass positive information, dialogue and communication with the public, affect the direction of public opinion, occupy the minds of consumers, promote the transformation of sales and brand promotion.

In fact, Li Shufu is not without trying to build a personal IP like Musk. 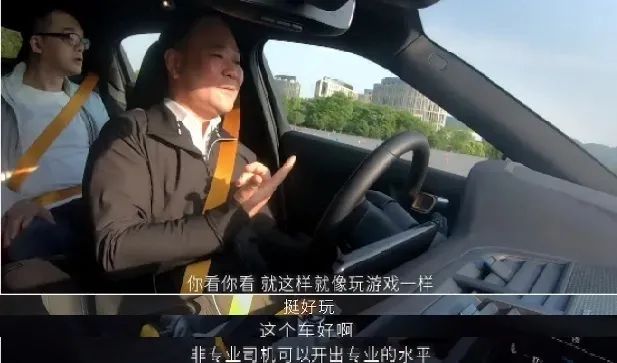 During this year's outbreak, Li Shufu made frequent appearances. Before the listing of the collar 05, Li Shufu connected to CCTV, for the collar car Yuyao factory platform, while test driving the collar 05, for this product endorsement, said that "the collar 05 is super enjoyment, all aspects of the product are doing very well, smoothness, let everyone buy this car", especially that "the car drove up and down the hill, like a tiger down the hill", really left a deep impression on the industry and beyond.

There are other examples such as test drive Polar 2.

At that time, public opinion analysis, "after all, Li Shufu in the business world is a legend, bring their own traffic and fans, like Musk, words and deeds are hot." But there are also different views that "What Li Shufu is doing is just 'Wang's mother-in-law selling melons', and not further approaching consumers and communicating directly with them." " 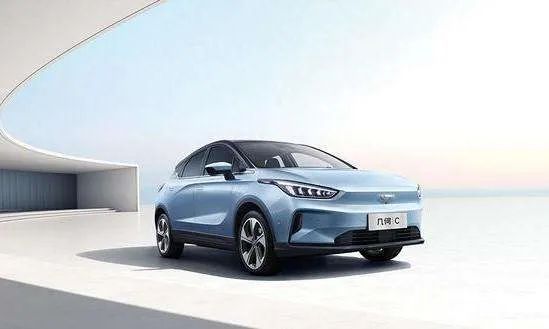 As practitioners, we look at cases and always want to learn something. Tesla's public relations with Musk have basically nothing to "do as they should."

Let's put it this way, Tesla, over the years, has built a unified brand perception around the world: super-tech technology companies, disruptive products, ignoring all leaders, bragging about the temperament that can be achieved.

Such a company, the dissolution of the public relations department, and the above brand recognition is consistent, giving the impression that Tesla does not dump the media, do not use public relations, rely on products.

How many companies can learn from this? Can Li Shufu?

Unauthorized reprint, welcome to forward to the circle of friends.

Our 10W plus and burst articles

The wheels were going to cry｜Others end-of-year awards are awarded to Maserati to BMW｜Three of China's richest villages, the streets are full of BMW Porsches｜Hummer whole village to buy, Land Rover grazing!｜16-year-old rich woman spent 50,000 yuan a month, go out of all kinds of luxury car fleet!｜What did yu Jianmin, who was interviewed by reporters in a green shirt for the first time, say?

Although pay attention to the car, pay more attention

Another possibility for new energy vehicles 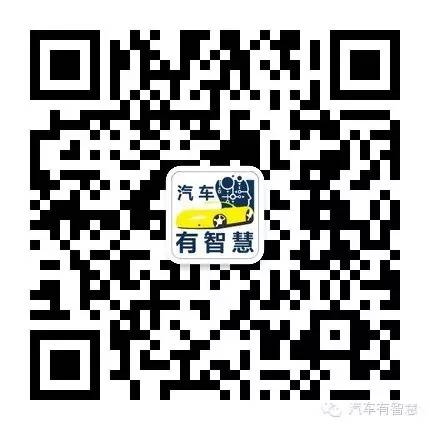 Musk, who doesn't need PR, why can't Li Shufu do it? Auto-smart
Up to 200 words, currently totalWord.