Foreign Media: Is the ad boycott a conspiracy? It's only going to make Facebook stronger. 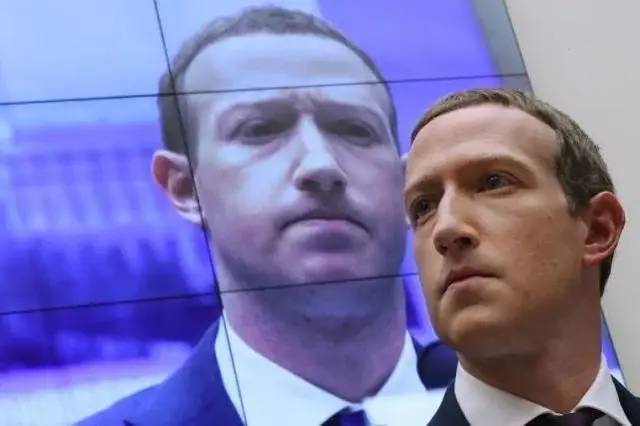 According to foreign media reports, it seems that many large companies join advertisers in boycotting Facebook every day. It started with North Face, REI and Patagonia, then Verizon, Hershey and Honda USA. Now Starbucks, Levi's, Diageo and dozens of other big advertisers have joined the boycott to protest the social media giant's content and misinformation on its pages.

The boycott began in mid-June with the hashtag StopHateforProfit, which was initiated by human rights and non-profit organizations such as the Anti-Defamation League, the National Association for the Advancement of Colored People (NAACP), Sleep Giants, Color Of Change, Free Press and Common Sense. The coalition called on companies to suspend advertising on Facebook and its subsidiary Instagram in July.

The ultimate goal of the boycott campaign is to force Facebook CEO Mark Zuckerberg to censor and curb racist, vaccine misinformation, anti-Semitism, threats of violence and other negative content posted on the platform. Even Zuckerberg's staff are rebelling against him. In June, Facebook defied its own standards and allowed President Donald Trump to post threatening messages, and its employees staged a virtual strike.

The boycott has attracted media coverage almost daily, as journalists have been actively tracking new corporate supporters involved in the event. From the outside, this seems to be a very important thing, evidence of the rupture of the new media giant helmet armor. But poking a look at the skin below, the boycott has only brought paltry public relations concerns to Zuckerberg's empire.

So many big companies have noticed the call for stophateforProfit in such a short time, and there are two things to read. First, corporate America has just discovered that Facebook is full of hate and misinformation in the early summer of 2020 and wants to remove it. In fact, however, no one believes this will succeed. Because company leaders may have long been aware that Facebook is riddled with dirty dirt, but turna blind to keeping advertising money.

The second and correct interpretation is that the organization bowed to the organizers of stopHateforProfit, which gave CEOs an opportunity to claim a higher moral position in the public eye at a very, very low price. No big company, however, has suffered financial losses from the cancellation of Facebook ads during historically slow-selling months, which also coincided with a period of recession and low spending in semi-isolation. Asking the company to boycott Facebook in July 2020 is a bit like asking alcoholics to abstain from alcohol in no-go areas in order to comply with fasting rules.

But the boycott campaign has also benefited big companies. In this regard, it's part of the long tradition of "you have me, I have you" between advertisers and media platforms. Advertisers are often unhappy with platforms that sell them advertising spaces, whether print, radio or online, because they see advertising as a blackmail business, like taxing or robbery. Ten years ago, they were angry that television networks were raising advertising rates for mandatory tv viewing. Decades ago, discontent was directed at large daily newspapers that monopolized the local media market. Companies angry at ad coverage or ad rates will fight back with their own, less principled, temporary ad boycotts.

But there may never have been a monopoly advertising platform like Facebook (except Google), so it's safe to say that advertisers have built up a lot of resentment against it. By reducing Facebook's $70.7 billion in annual revenue, even a little, company bosses can spin off advertising at a relatively small cost.

Most of Facebook's advertising revenue comes from millions of small and medium-sized companies that rely on its effective, targeted advertising. In the first quarter of 2019, its top 100 advertisers contributed less than 20% of their revenue. In addition, Facebook's stock has rebounded from the boycott. Facebook's annual revenue loss from the boycott in July could be as low as 5 percent, according to analysts. Every Fortune 500 advertiser on Facebook could be caught up in a volcanic fissure, and the company will still mince gold.

Of course, the negative publicity generated by the July boycott damaged Facebook's reputation, but how serious is it? Small and medium-sized businesses that run ads to Facebook will not join the boycott. They can't afford it because Facebook makes them a lot of money. Users also don't join, and about 70 percent of U.S. adults use Facebook. The service has become an integral part of American life, asking people to give up the service for a month as they are asking them to give up their phones or refrigerators.

Why should we applaud the boycott stood by big companies, #StopHateforProfit或其他任何人都还没有解释. Are they really morally superior to Facebook? Companies that took part in the boycott of Facebook have almost all been targets before. Coca-Cola is often condemned for its actions, and Nestle's Blue Bottle Coffee Holding has always been a boycotter's favorite, as have Ford, Hewlett-Packard, Pfizer and Chobani.

The latest Starbucks to join the boycott, almost every month, has called for a boycott of the coffee vendor for a variety of reasons, such as driving black people out of a chain, disrespecting the police, supporting gay rights, asking baristas not to wear BLM clothing, promising to hire refugees, and providing services to customers who carry guns.

As a business owner protected by the First Amendment and Section 230, Zuckerberg has every right to tell his critics that the content on Facebook is a product of free speech and, if they don't like it, can choose to turn a blind eye. But that's not Zach's style. If his life depends on principles, he won't believe in principles, and he's more willing to absorb the opinions of his critics to make Facebook bigger and more indestructible.

Last year, Mike Isaac, a media reporter, annotated a just-published Zuckerberg column showing how the tech mogul's ideas evolved. Faced with the thorny question of what kind of speech is suppressed on the site and how to distinguish between political speech and political advertising, Zuckerberg announced that he is willing to entrust those issues to lawmakers and regulators. Isaac interpreted the statement as an attempt to make a plausible denial: Once in compliance with the law, Zuckerberg can shrug and tell critics that if they have any problems with the way Facebook operates, they can file a complaint with the federal government.

Isaac went on to point out that Zuckerberg has voluntarily placed Facebook's assets, including Facebook, Messenger, Instagram and WhatsApp, under a larger regulatory chain, to gain another advantage. As the dominant social media company, Facebook can easily afford to pay for regulation, and start-ups may not be able to afford it, so its dominance may continue.

Journalist Will Oremus recently wrote an important point, comparing Facebook's boycott to early advertisers' boycott of Google's YouTube division. In 2017 and 2019, Verizon, Wal-Mart, PepsiCo, Disney, Nestle and others opposed the release of unwelcome videos next to their ads. But when YouTube set up stricter content rules to appease it, advertisers returned, making the division "bigger, stronger, not weaker as a business."

We can expect Facebook to mimic YouTube, says Mr. Orimos. Zuckerberg will give in, apologize and promise better behavior in the future, as is often the case in the face of a public relations crisis. He has bowed to the current boycott, promising to label content that is newsworthy but violates its policies, such as some of Trump's posts, deleteposts aimed at suppressing voter turnout, and lash out at ads calling for violence or public expression of racism. As Facebook grows stronger in today's boycott, you might ask: Was the whole thing a Facebook conspiracy from the start?

Foreign Media: Is the ad boycott a conspiracy? It's only going to make Facebook stronger.
Up to 200 words, currently total.Word.