Facebook released its 2019 Q1 results, with ad revenue growth being the highlight

Facebook reported first-quarter revenue of $15.08 billion, up 26 percent from a year earlier, but the slowest quarterly revenue growth since 2012.

The number of monthly live users in the first quarter was 2.38 billion, higher than the expected 2.37 billion, and the number of daily live users was 1.56 billion, in line with expectations. Both are up 8% from a year earlier. Of these, 286 million daily active users were in Europe, up from 282 million in the fourth quarter of 2018. However, the number of users in North America remained unchanged at 186 million, touching saturation. According to official projections, nearly 2.7 billion people use at least one service in the FB family app each month. 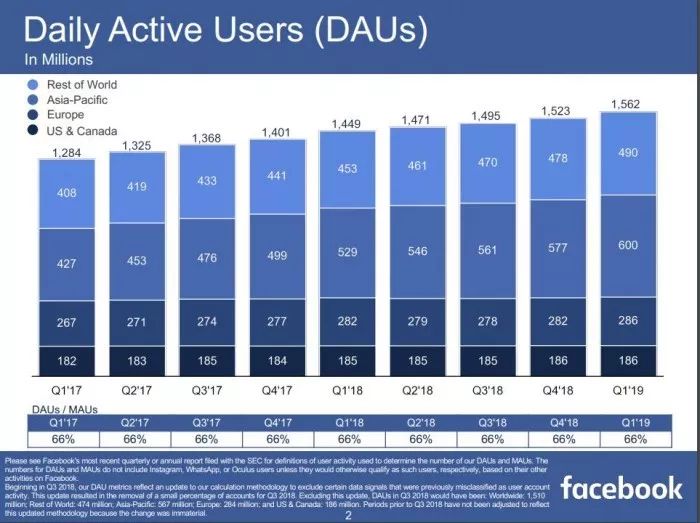 Facebook said its first-quarter spending, which included $3 billion in legal expenses, was a significant drag on profits as the Federal Trade Commission investigated its user data practices. Facebook earned $0.85 per share in the first quarter as a result of the expense. Excluding this, first-quarter earnings per share were $1.89, higher than expected at $1.62 and up from $1.69 a year earlier. The investigation is not yet completed and the final damage could be between $3 billion and $5 billion.

2018 has been a tough year for Facebook. Public distrust of its use of user data and the protection of private information remains high. In March, Zuckerberg, the company's founder, said privacy and encryption services would be the company's future. 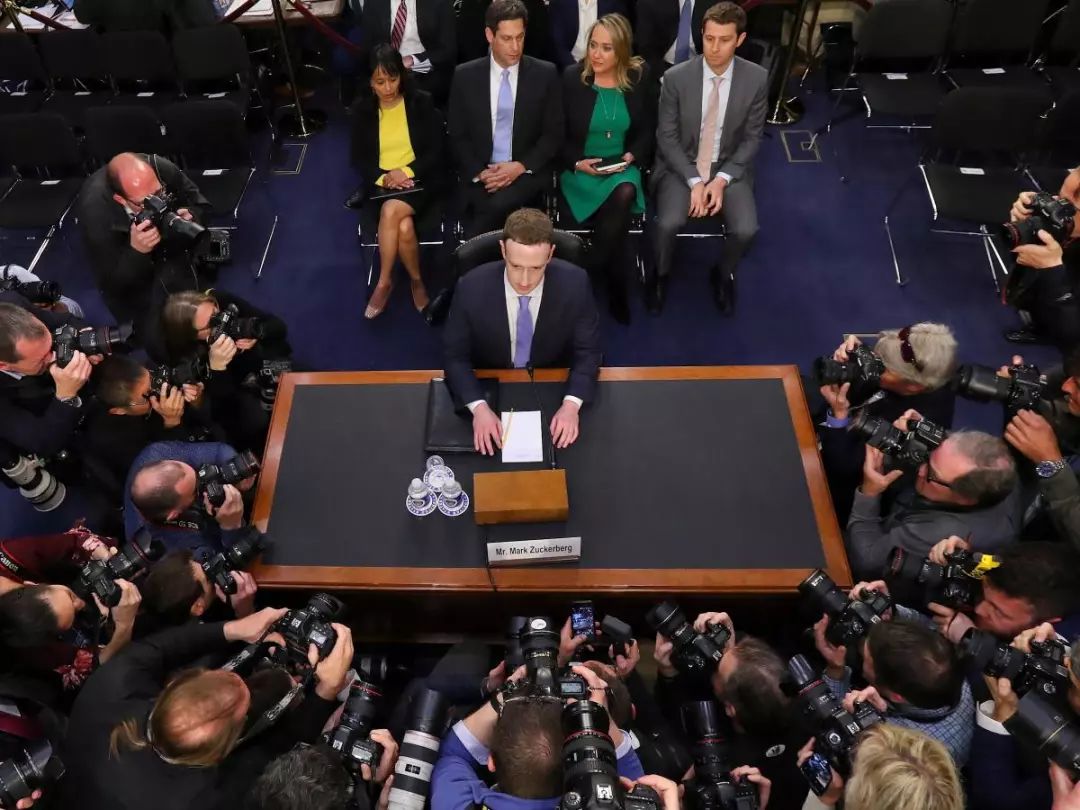 "We've had a good quarter, and our business and user community are growing," said Zuckerberg, the company's founder. We focus on building a future social network that focuses on privacy and wants to work together to address the important issues creating the Internet.

Facebook is currently integrating messaging capabilities on WhatsApp, Messenger and Instagram, and Zuckerberg expects Messenger and WhatsApp to be the primary means of communication.

In addition, its new product, Stories, has attracted a lot of attention. Stories has become Facebook's biggest contributor to quarterly growth. Sheryl Sandberg, the company's chief operating officer, said Wednesday that the company has 3 million advertisers who are using the Stories feature on Instagram, Facebook and Messenger. This number will continue to rise in the future. 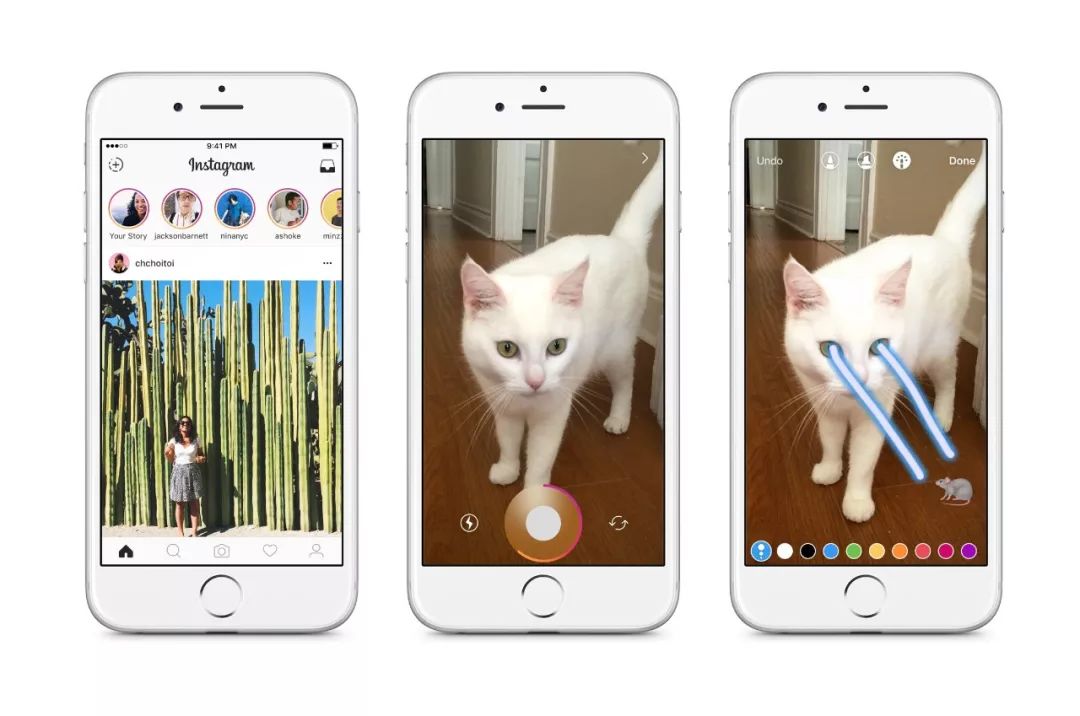 David Wehner, the company's chief financial officer, said: 'We believe we can increase demand for Stories as we attract more advertisers and bring more effective and direct responses to Stories.' Over time, advertising prices will eventually rise and revenue will increase.

At the same time, facebook is promoting live streaming on both ins and FBs, only to try to use content sources to create a live atmosphere, but privacy and privacy have become more urgent tasks in the after-privacy breach, and it seems that for a long time Facebook will focus on restoring the public's image. 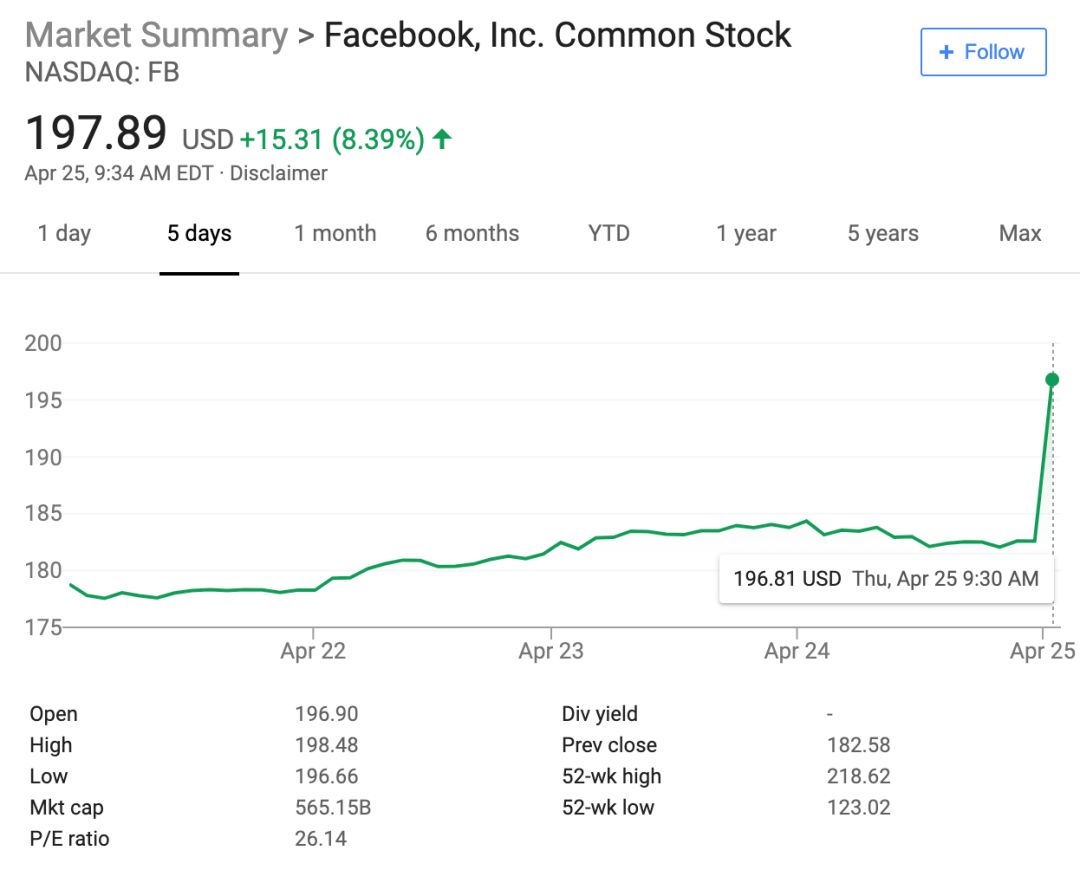 But it may not be so good, and in March, when the Facebook server failed, a flood of users flocked to telegram, known for its privacy, and Telegram co-founder Pavel Durov said, "It's great to welcome the 3 million people who just joined Telegram." We have real privacy for everyone here, as well as unlimited space. "

Challenges remain for Facebook, especially in the stock market, where maintaining users' confidence may be their first priority. 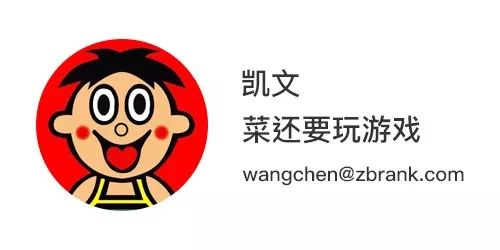 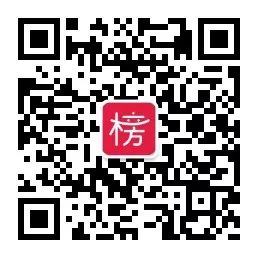 Press and hold the QR codeFollow me

Facebook released its 2019 Q1 results, with ad revenue growth being the highlight
Up to 200 words, currently totalWord.

Dry goods . . Will your Facebook video ads succeed?
Yeahmobi advertisers teach you how to optimize Facebook ads
Facebook Experiments Advertising Labs Use Guide to Titanium Dynamics Technology
Don't advertise, what do you play facebook with?
Five Facebook ad images are wrong, did you get it?