Can Jiyin shake up Facebook and Google's position in India's advertising market?

Included in the topic
#大厂出海
17 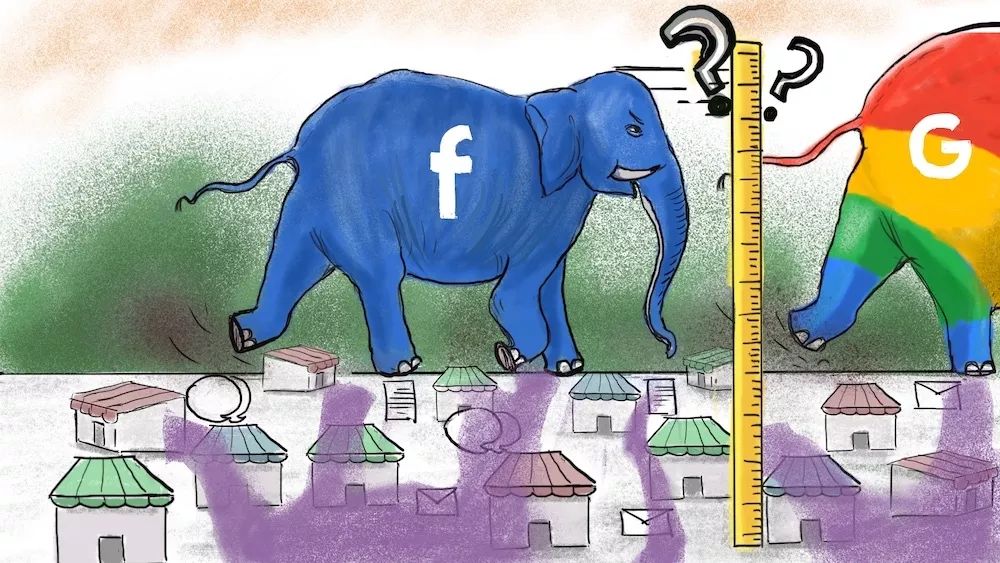 Facebook and Google have a double-headed monopoly in India's advertising market, but new challengers are coming in, and the quivering sound is one of the strongest.

This article has 2,735 words and is expected to read 9Minutes//

So how much revenue does it contribute to one of the world's largest advertising companies? The results may surprise you.

Search for Facebook India and you'll have the illusion that the company did well last year. According to the report, Facebook India's total revenue in fiscal 2017 was Rs.5.21 billion($72.7 million), up from Rs.3.41 billion the year before($47.5 million)compared to a significant increase.

In 2017, Facebook had annual global revenue of $40 billion and net profit of $16 billion. Imagine India's nearly 294 million users contributing less than 1% of their total revenue. 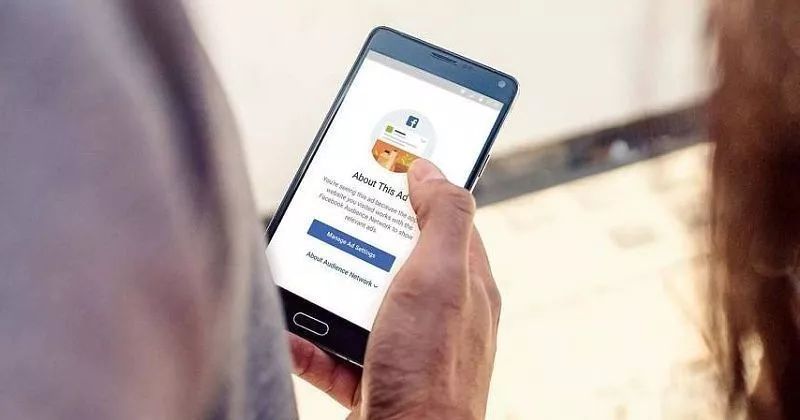 If you look at these numbers alone, you might think that Facebook is not worth mentioning in front of Google. But the opposite may be true.

Reuters reported late last year that a source at Google in India "was surprised to learn from a source that Facebook could generate about $980 million in revenue in the country in 2018." "The $980 million figure represents a substantial threat to Google.

Reuters reported that the figure was based on conversations with sources and a small survey, noting that many users in emerging markets such as India are being attracted to Facebook and its Instagram and WhatsApp, and that "advertising revenue is coming soon, while Google Search and YouTube are falling victim." "

In an interview, Facebook revealed only $16.6bn in ad revenue in the fourth quarter of last year, the biggest increase in the Asia-Pacific region, at 34 per cent.

Satish Meena, a senior forecast analyst at Forrester Research Inc, says Facebook India's lack of revenue information is due to its lack of revenue recorded in India and its reluctance to share country-specific data even globally.

"Facebook's revenue has been earned outside India for a long time," he said."Like Ireland or Singapore," he said. Only a small portion of the company's revenue is in India, at Rs. 5.21 billion. "

In an emailed response, Facebook said India provides sales support, marketing and community operations to companies outside India in exchange for service charges. In other words, the Rs. 5.21 billion is not exactly equal to advertising revenue in India.

But just a few months ago, things changed.

Starting in October 2018, Facebook is adopting a local sales model. Forrester's Meena says the situation will become clearer in fiscal 2019 and 2020. It's all thanks to the goods and services tax(GST)The implementation of the system.

As a forecasting analyst, Meena's job is to learn more. Forrester also speculates year after year about Facebook's revenue figures in India.

Meena said."According to our projections, Facebook's revenue in India for fiscal 2018 is about $890 million."Forrester's figure is based on the following:

Revenue: India accounts for about 10% of Asia Pacific revenue

Both buyers and sellers are more likely to use social media

Facebook has been growing rapidly, from $447 million in revenue in 2016 to $890 million in 2018, according to Forrester estimates, nearly doubling revenue in two years.

That's Facebook's advantage over Google.Google can at best serve only those advertisers intend to buy, but Facebook can be precisely targeted for age, gender, geographic location, preferences, without any restrictions.

Even so, the figure of $890m or even $1bn is snring. After all, it's almost a well-established fact that young people are fleeing Facebook.

Perhaps from an advertising point of view, Instagram is doing well and WhatsApp has a lot of potential to grow its payment business, but from a social media point of view, Facebook is "almost dead."

Let's take a closer look at the numbers.

App Topia data shows that in the past 365 days(Only for Android devices)Facebook's daily active user-to-monthly active user ratio was 719.8 million/762.4 million, reaching a staggering 0.94. The DAU/MAU ratio measures product stickiness, which is how often users use the product, and 0.94 is a very high number. 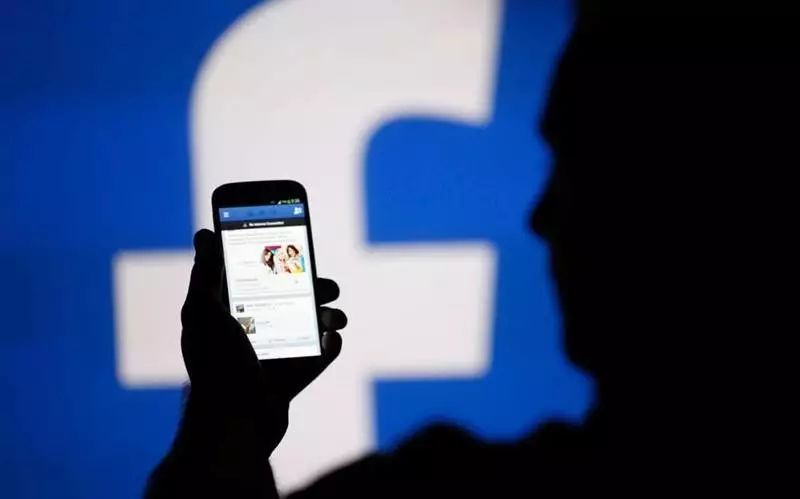 In India, however, Facebook's DAU has been declining over the past year. The company's DAU fell to about 150 million from just over 200 million users. Both WhatsApp and Instagram do better than Facebook. Instagram, for example, has a DAU/MAU ratio of 345.4 million/366.5 million, also 0.94.

That said, Instagram has had a tough few months as it has received tough challenges from Tik Tok, the byte-beating company.

About 2.7 billion people use Facebook, WhatsApp, Instagram or Messenger each month, according to Facebook. "...... At least 2 billion people around the world use one of our services every day. Facebook's daily active users reached 1.52 billion, up 9 percent from 2017, with India, Indonesia and the Philippines growing fastest. That's about 66 percent of the 2.32 billion monthly active users in the fourth quarter.

These are very convincing sticky indicators. In India's case, while Facebook is competing with other strong rivals on social media, it is far from "almost finished".

At $890m a year, it reveals the harsh reality of India's digital advertising market, which is divided by Google and Facebook, which account for more than 70 per cent of the market.

A new challenger in the advertising market

"The size of foreign technology companies in India is grossly undervalued," said a VC investor in a late-stage fund that raises more than $100 million.In my opinion, digital advertising will be one of them. These companies have access to rich customer data and discover new businesses.”

Platforms like DailyHunt and Sharpchat, which attract a lot of users and are sticky, are still losing money because they haven't made large-scale ad realizations so far.

Advertisers are not unaware of all this. But the cost of investing in platforms other than Google and Facebook remains a questionable move. "Suppose you have 4m rupees, " says one digital marketing executive who worked with the entertainment company and spoke on condition of anonymity(US$55,800)budget, and even invested 400,000 rupees in other companies(US$5500)Ideas are hard to convince. There will always be questions about why we did it, so there really is no third option. " 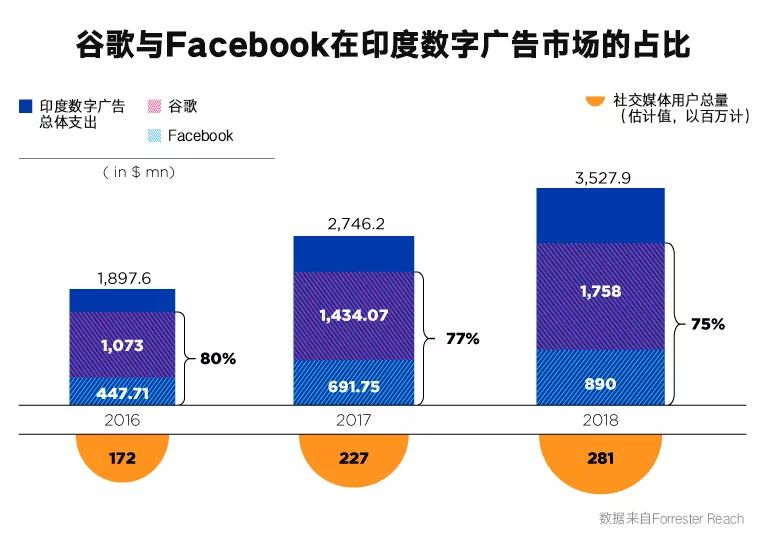 But there are exceptions, the hottest Tik Toks right now.

OTT platforms like Amazon and Hotstar also have opportunities.

"The next one could be Amazon," said Nilesh Gohli, senior vice president and director of business operations at Mercle, one of India's largest digital media organizations. On Amazon(Amazon)After companies like Flipkart, I want companies like Hotstar and Voot. "He's more bullish about the potential of OTT players, like Jio TV, than Tik Tok and Snapchat.

But that won't change, at least in the short term. "If we look at the next five years, I don't think we can change this duopoly," Gohli added. While Google's search business has stagnated, YouTube has done a good job of video programming. Companies are also doing offline things, such as investing in companies like Dunzo. "

(This article was compiled by Zhiyi.com, the original text please click "Read the original")

Why the U.S. is blocking Huawei, why pro-American India says no

The three pits out to sea, how to jump?

How important is it to the entrepreneurial ecology to have more female venture capital investors?

· A great opportunity not to be missed.

Now, The Passage is hiring interns in Bangalore, India

Can Jiyin shake up Facebook and Google's position in India's advertising market?
Up to 200 words, currently totalWord.

Increase conversion rates by 100% with Google ad extensions
Artificial intelligence is challenging Google's advertising business to exceed the mobile Internet
Google will include ad blocking in Chrome
Google's ad network: Web site violations no longer "break food" for the entire site
Burger King "teased" Google was blocked, from competitive advertising to see the company "tearing each other" the right model