Included in the topic
#算法
2 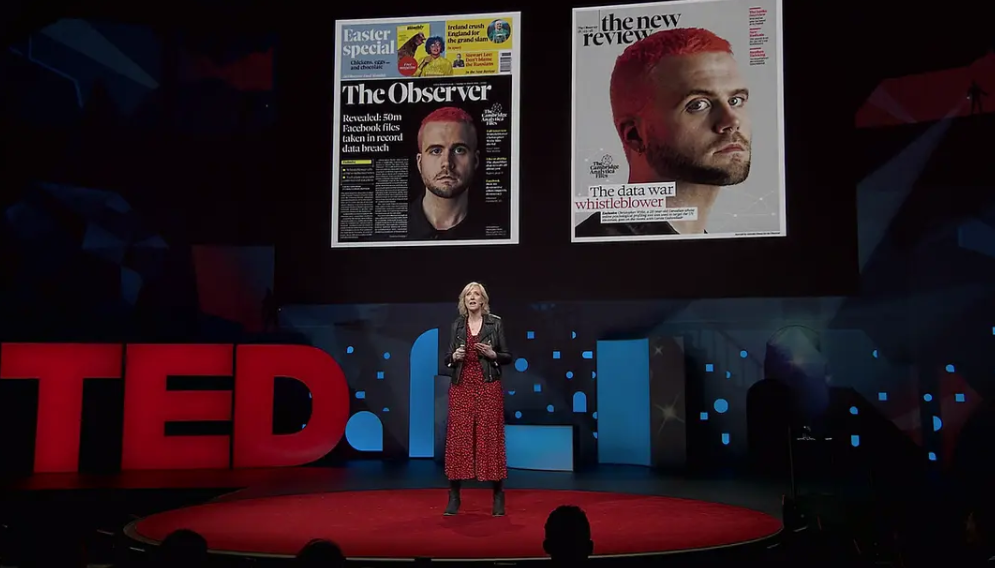 Image caption Carol TED, an investigative reporter for the Guardian

That same year, a Cambridge university professor named Aleksandr Kogan induced 270,000 Facebook users to take a psychological test he had developed for $5 a person, and then collected more than 50 million copies of the data on those people and their friends.

The next year, Cogan sold the data to Cambridge Analytico, which used them as political consulting businesses to analyze users' political leanings. The incident later came to light, with Facebook admitting that the figure was actually 87 million.

In the 2016 U.S. election, Trump and Hillary Clinton were in hot water. Each has its own state, and the key to the race falls on how to handle the votes in those swing states.

Bannon, who is working on a covert operation called Project Alamo, is spending almost $1 million a day pushing political ads for Trump on Facebook. Later, the documentary Privacy Thieves revealed a set of data showing that the Trump team had placed 5.9 million visual ads on FaceBook, compared with 66,000 for Clinton.

These political ads, from the 87 million user data, through data mining, user portraits, machine learning, and then accurate delivery, they find the voters they want, push them with algorithms, and eventually brainwash them.

In the 2016 poll, Mrs. Clinton won 65.85 million national votes more than Mr. Trump's 62.98 million, but under electoral college, Mr. Trump relied more or less on stolen data, using algorithms and data analytics for popular manipulation, winning all of those states under the rules.

To this day, we can't be sure whether algorithmic manipulation of political ad pushes played a decisive role, and perhaps the result is a clear answer:

In November, Trump defeated Hillary Clinton to become president of the United States.

A subsequent British survey concluded that Cambridge Analytica had used data bought from Facebook to monitor voters' personal information, to manipulate voters' emotional reactions on a large scale, and to win over people in "swing states."

In a clear example, political divisions between Democrats and Republicans reached a 20-year high in 2017, according to a 2017 Pew Research Center data.

So when the Cambridge analytics team is faced with this information and public opinion environment, the push for political advertising will be handy.

In 2018, the Financial Times said in an article that Facebook, a big technology company with 2 billion users, has evolved"Rogue rule."

This reliance on big data analytics to market to the masses has already had a wave during the Obama campaign.

When Mr. Obama ran for re-election in 2012, his campaign office received a huge list of phone calls that included names, phone numbers, ages, last names, races, neighbors and voting records, and the Obama team sorted names based on the likelihood and importance of being persuaded by those voters before deciding to email the right marketing content.

Relying on big data analytics, Mr Obama has changed his TV advertising strategy, raised $1bn in campaign funds and used them to create detailed models of voters in "swing states" and so on. Every assumption and presumpt made by his campaign is supported by big data analytics.

At the end of this year's election, one of Obama's campaign officials said:

In politics, the era of big data has arrived.

After 2013, the Internet, on the one hand, is addicted to social, video and other algorithms to push information netizens, on the other hand, big data analysis of personal political trends, preferences.

The combination of the two results in candidates working with companies such as social platforms and video sites to push political ads to voters through algorithms. This influence does not trigger the user's consciousness, but rather a subconscious that makes them part of your mind and makes you feel like you are your own opinion.

This approach is used in many of the major events that determine the world landscape. Such as the Brexit referendum. In 2018, Cambridge Analytico will provide Brexiteer Leave.EU with "swinging" voter information and teach them how to manipulate voters. The latter used the data to carve out Cambridge Analytics' way of winning the US election. Even the head of public relations for Leaving the EU says:

Cambridge Analytica's information-gathering techniques and the extent to which they are collected are horrifying.

In January 2020, Britain leaves the European Union, which has been in the EU for 47 years.

In 2018, two years after Mr. Trump was elected president of the United States, David Carroll, an American scholar, came up with an idea:

Assuming that personal data on face book is processed at Cambridge Analytica's headquarters, the individual can ask the company to return his data to him.

In August of that year, he made a data request to Cambridge Analytics in the hope of obtaining all his personal data. David Carroll's lawyer, Ravi Naik, told him that data powers should be respected as fundamental rights of the individual, and all David Carroll wanted to know was

What exactly did Cambridge Analytica do with the data?

Cambridge Analytico once claimed that there were more than 5,000 hidden data dimensions behind every American voter. So how do you use these invisible data dimensions for them?

In 2016, Jonathan Albright, a data scientist at Elon University in the United States, studied fake news in the U.S. election and the chain of networks behind it, and found that if a user liked a fake news story on Facebook, he would be targeted by Cambridge Analytica's algorithm, frequently pushing political propaganda messages that only his or her own individuals could see, dark posts, which even contained a lot of fake news and rumors. It's all about reshaping the user's political outlook.

That's what Cambridge Analytico and political players do to every user.

In the Internet world, where some people have opinions, some people have no opinions and are easy to convince, Cambridge Analytico's goal is to find these people and convince them. It is this tactic that Mr. Trump's team and the Brexit team have used to reach their own voters.

In 2020, the four-yearly U.S. election, the familiar means of algorithmic manipulation of politics is back.

At the start of Mr. Trump's re-election campaign in 2019, To test Facebook's push, McKay Coppins, a contributing contributor to The Atlantic, created a new anonymous Facebook account, using a half-masked photo of his head, and then "liked" it on the official page of Mr. Trump and his re-election campaign. Sure enough, Facebook's algorithm immediately invited him to follow the pro-Trump Fox Business channel and various fan pages called "We Trust Trump."

Brad Pasquale, a member of the Trump campaign in 2016;Source: Network

In addition to political manipulation, big data and algorithms are penetrating every field.

After 2018, Cambridge Analytica's parent company, SCL Group, has begun helping to train NATO and organizations such as the CIA and the Pentagon to use information to influence hostile personal behavior, such as persuading MSLs between the ages of 14 and 30 not to join al-Qaeda.

Such manipulation can neither provoke civil war, isolate a group, or amplify divisions between groups.

In 2019, Carol Kadvoladir, the Guardian investigative journalist who tracked the Cambridge analysis, asked Silicon Valley 'tech gods' Larry Page, Mark Zuckerberg and others in a TED talk: Do you stand on the wrong side of history and want to be remembered as a "dictator's maid"?

People were bowing their heads and playing with their mobile phones when darkness fell.

23-year-old boarded Forbes, the whole people called her "the devil"! And Guan Xiaoxuan and Song Zuer are her loyal fans? 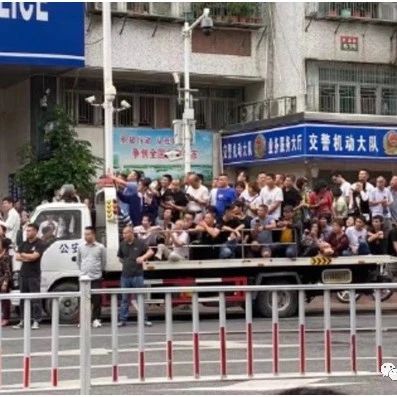 Heaven and earth are good people and! The historical window of the reunification of the motherland is opening!