"The Original God" released 10 days of global revenue of nearly 90 million U.S. dollars, a new record for the second time! 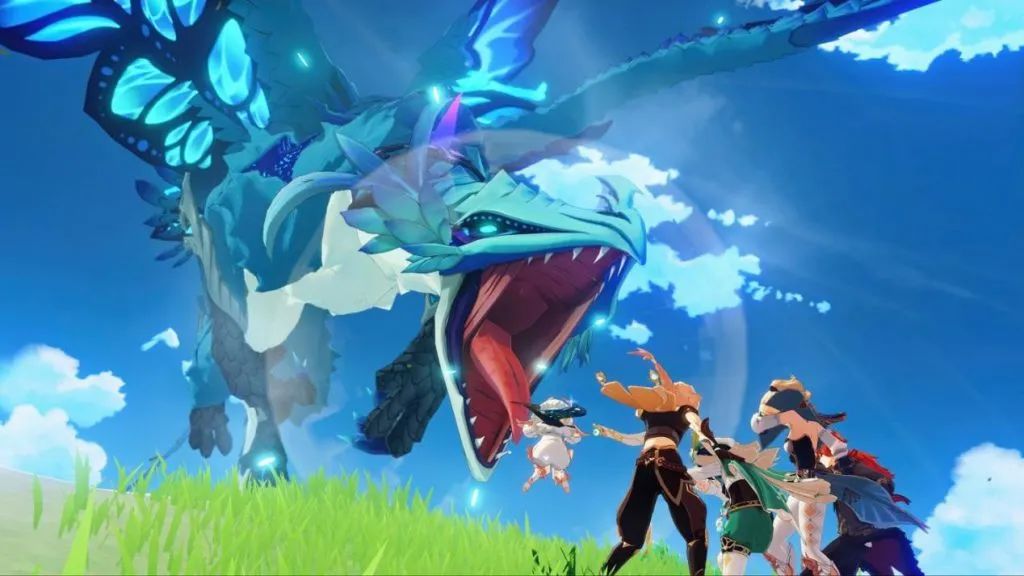 If the previous focus on "The Original God" is still only stuck in a small circle, then after September 28, the strong appearance of the "Original God" hand tour is completely ignited the topic outside the circle heat.

As a domestic open world adventure RPG, diversified art style, rich and interesting random tasks and so on, are the "original god" to attract players to expect the biggest selling point. The game has already caused a lot of attention and debate since the PC version was pre-tested on September 15. So before the mobile test, the game topped the iOS free list for nearly three days due to the pre-download opening.

Of course, excellent debut results are not the end of this popular product. After 10 days of heat fermentation, the popularity of "Original God" is still high, andApp Store and Google Play have earned nearly $90 million worldwide, or nearly $100 million in 10 days if domestic android revenue is added.

A ride out of the dust, the first month of revenue is expected to exceed 2 billion yuan?

Undeniably, in the past this period of time, in addition to the eight-day National Day holiday, "the original god" hand tour performance is undoubtedly the most able to attract the attention and discussion of the domestic game circle. Since its global debut on September 28th, the game has surged more than 1,000 places in the domestic bestseller list, ranking in the top three, while in overseas markets, "The Original God" also maintains the top five best-sellers in the United States, Japan, South Korea, Germany, France and other markets.

Meanwhile, Sensor Tower told GameLook that as of October 7th, the company had estimated revenue of nearly $90 million on its global App Store and Google Play, with more than 13 million downloads worldwide.

It can be calculated that in the first 10 days of the launch, the original god in China's iOS platform revenue reached about 230 million yuan. Based on the ratio of iOS to Android 2:1, the 10-day revenue in China is estimated at more than 300 million yuan, compared with about $23.49 million in Japan, the second-largest market, about $11.31 million in the U.S., about $6.09 million in South Korea and about $1.3 million in Germany.

On the other hand, in terms of downloads, the total number of iOS downloads in China is about 3.12 million, in the United States about 1.43 million, and in Japan it is only about 830,000. Combined with the product's revenue, a single download in China is about $11, in the U.S. about $7.90, and in Japan it is about $28. It can be found that the "original god" in the killing of the global hand tour market on the basis of more by japan and South Korea players recognized.

In addition, just days after the game went online at the end of September, it made 16th place in China's App Store's hand-play revenue rankings in September, according to Sensor Tower. Meanwhile, Miha Yu's revenue surged 61% month-on-month in September, setting a new revenue record, thanks to the strong play of The Original God. More notably, in the first week of October, Miha Tour's revenue exceeded that of the whole of September. 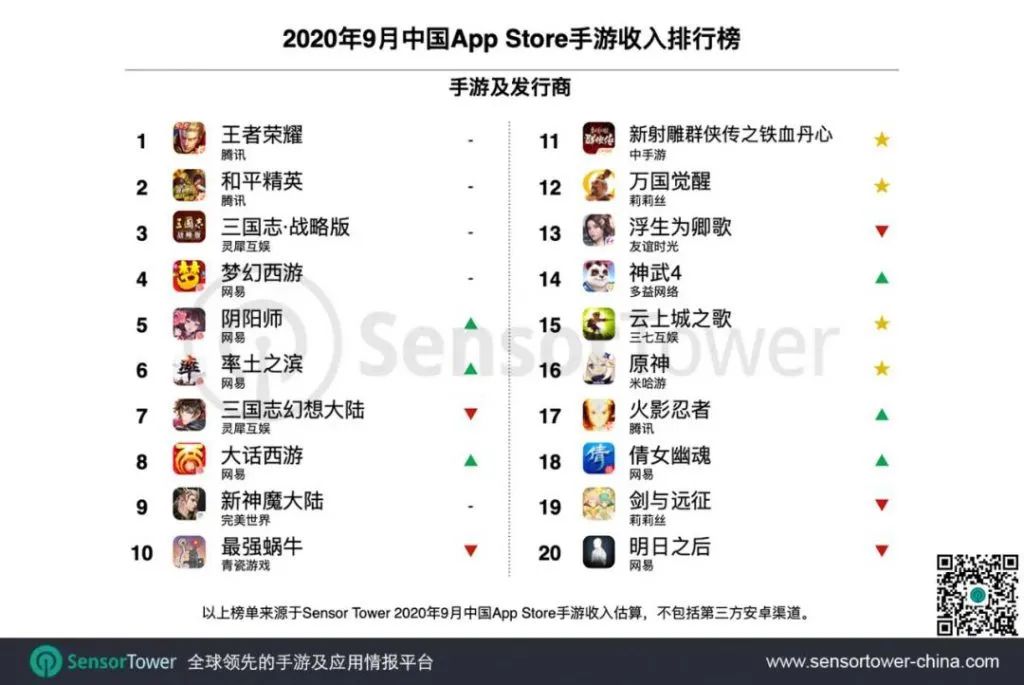 Of course, the popularity of the game is still rising, and is still at the top of the top four best-selling markets. As of October 9, "The Original God" is still ranked in the U.S., Japan and South Korea's best-selling list TOP3. With this unstoppable trend, GameLook estimates that the first month of the tour's China revenue may break the 1 billion mark, while global revenue is expected to reach 2 billion yuan.

After an unprecedented global synchronization test, this "domestic 3A" has also been recognized by a number of overseas media. A few days after the global simultaneous test, foreign media Game Informer gave a good score of 9.25 points to "The Original God" and gave a "Original God" a fascinating world of evaluation. The media has previously scored 9 points for "Wolf", "Neil Mechanical Age" 7.75 points, "Monster Hunter World" 8.25 points and so on.

PC Game, meanwhile, called The Original God a "black horse for the 2020 game" and said the game "made me addicted", while Paul Tassi, the game editor of Forbes, the world's leading financial magazine, gave it a high rating, writing: Why not play the free game of The Original God? 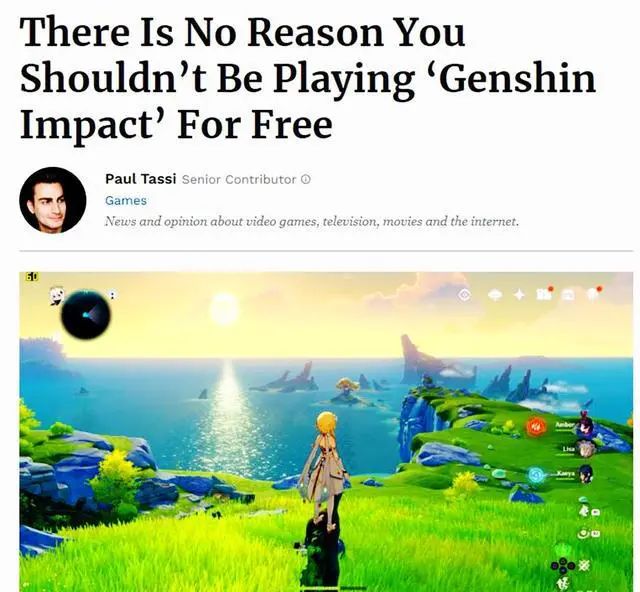 Among overseas players, the game's detailed open world, as well as elemental interactive play, also sucks up countless powders. Whether it's the app store's commentary section, Twitch, Twitter, YouTube and other platforms, there is no shortage of heated discussion between foreign players. Although the mobile phone is prone to heat and other issues caused a small wave of spitting grooves, but more or the charm of the game is affirmed: "the inter-elemental cooperation lets the game open a new door", "how can a game of this size be F2P", "Unless you are particularly determined, you can not restrain the desire for gold in the Original God" ... ... 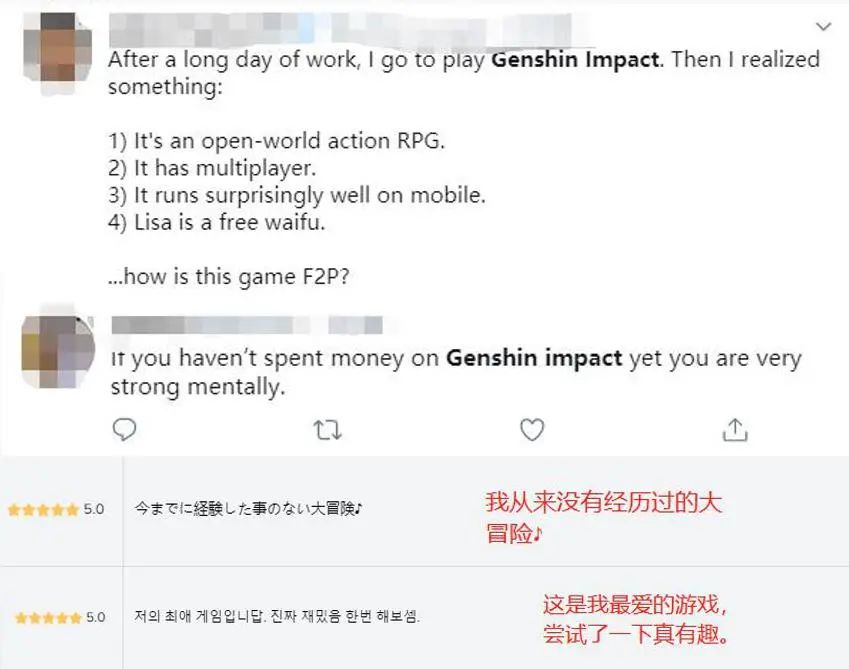 As one of the earliest icebreakers in the secondary field, Miha Tour has been driving the development of category ceilings with excellent strength. From the original cross-sectional fighting game to the hit-and-hit sub-generation ARPG, Miha Tours is constantly refreshing the game circle's perception of secondary products.

Today's "Original God" is expected to break through the 2 billion yuan revenue mark in the first month, rewriting the previous "Yin and Yang Division" peak monthly revenue of more than 1 billion, "Tomorrow's Ark" 600 million monthly revenue peak record, which is only mobile revenue. Previously, there have been small news out, in the "original god" PC version of the opening test day, its single-day total flow at home and abroad on more than half a billion. Therefore, after the multi-platform full sprint of the "original god" will also completely break the ceiling of this sub-category.

Of course, for the entire domestic gaming industry, the emergence of "Original God" is not only rewriting the development of the secondary yuan track, but also the entire domestic game distribution of the new model of the founder: "Original God" became the first global simultaneous release, and one of the best-selling list TOP10 in China, Japan and South Korea hand tour, proving that in the global release of this model, Chinese manufacturers can also be successful.

Previously, the global same-day explosion appears to be Supercell, King and other European and American companies patents. For domestic and even the entire Asian companies, in overseas markets one country and another issued, after more than half a year cycle into europe and the United States best-sellers head, two years or so to play the full ball market, is the regular rhythm of the issue. The release performance of "The Original God" completely rewrites the status quo, the game is not only released simultaneously in the global mainstream market, but also on the first day of the successful hit multiple head market.

Of course, this manufacturer's distribution strength also put forward a lot of requirements, need to carry out large-scale preparatory work in the early stage. Not only need to prepare multiple language packs and other local content in the game, advertising in the local market, media delivery and other marketing promotion, user operations also need collective efforts, extremely difficult.

It is reported that in the "original god" hundreds of millions of dollars in research and development costs, a lot of investment is used for overseas promotion. In Japan, the game has placed five TV commercials in Major Cities such as Kanto, Kansai, Hokkaido, Sendai, Nagoya and Fukuoka to attract players' attention with the "New Era Open World RPG". In such a strong play, the "original god" heat throughout North and South America, Europe, Southeast Asia, Oceania and other overseas markets, proving that Miha Yu is now in the global distribution capacity of the qualitative leap, will lead the domestic game global distribution mode change, that is, multiple markets synchronous power, is no longer the traditional cautious forward. 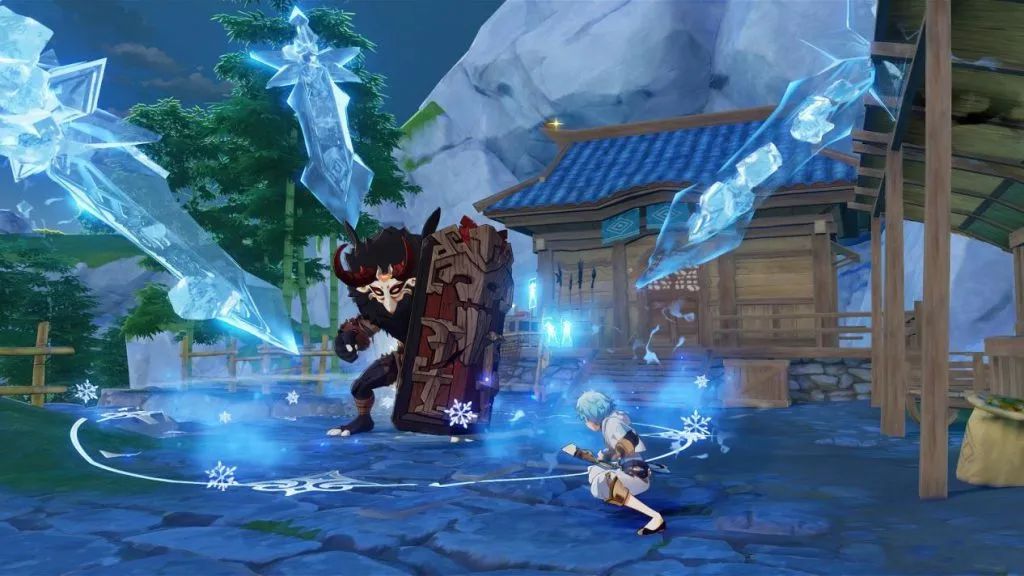 It is worth noting that before the "original god" hand-travel version of the domestic release also made a surprising move, announced not to shelf Xiaomi, Huawei, OPPO, VIVO and other major Android channels. And in addition to the official website download, in Miha Yu announced the platform is only TapTap, B station. Of course, with its own boutique properties, the game was also recommended by Apple's Today before it came online, and now has more than $200 million in iOS revenues.

In addition, the same choice was made in the simultaneous issue of Awakening of the Nation. Driven by a number of strength products, domestic channels after the wind or substantial changes, content producers' rights and interests will become the mainstream Android channel priority part.

As the first domestic secondary open world game, the success of the original god broke the "secondary equal card play" the only conclusion. And with the continuous progress of secondary core play, cards will be retained as a single element, the entire sub-category will become more and more MMO development. Not only that, with the emergence of thousands of people, hundreds of millions of cost development of the "original god", will once again raise the entire secondary category of research and development threshold.

Of course, given the wave-like revenue curve and lifecycle of secondary products, the game needs to rely on content version updates to maintain existing results. However, in the face of multi-language, complex global market, how to ensure the stable play of subsequent updates, is the "original god" will face the first problem. 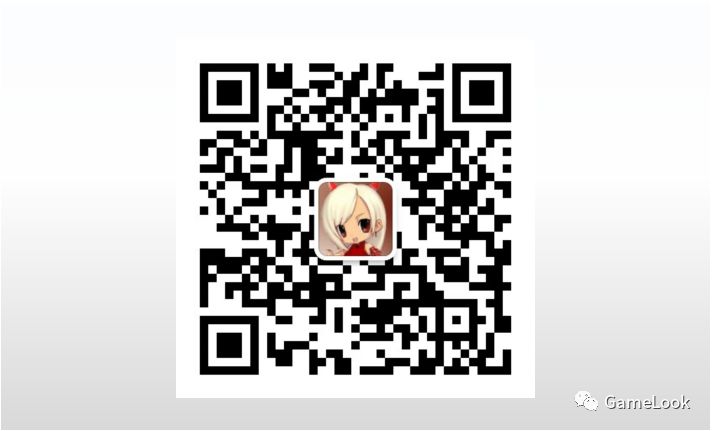 "The Original God" released 10 days of global revenue of nearly 90 million U.S. dollars, a new record for the second time!
Up to 200 words, currently totalWord.

Step-by-step disassembly analysis of how to rank Amazon keywords on the front page
Taiwan's first name! 15 years old by the rich pursuit, 41 years old as young as 18 years old, how did she do it?
How did we become "watch slaves"?
The click attribution statistics window for some advertisers on Facebook will become the default 7 days; TikTok topped the list of the world's most popular mobile app downloads in September
Li Zixuan "Net Red Mooncake" suspected of breaking the law? Advertising law has some red lines that can't be touched!