B Where is the dream of wealth?

The blue whale is in murky water

Focus on the new economy and document the business stories of the Internet age. 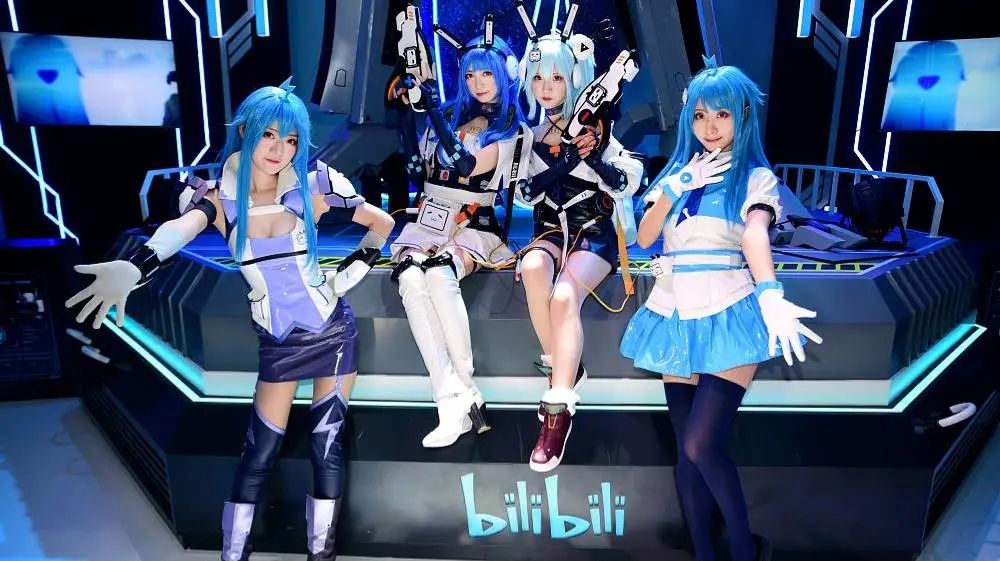 How much money does it make to be a UP master/full-time UP owner at Station B?

Station B a lot of UP owners, have made similar theme videos, UP owners "honestly confessed" some of the issues:

In these videos, many UP owners admit that the benefits from broadcast-related incentive programs, charging plans, etc. are "not profitable." 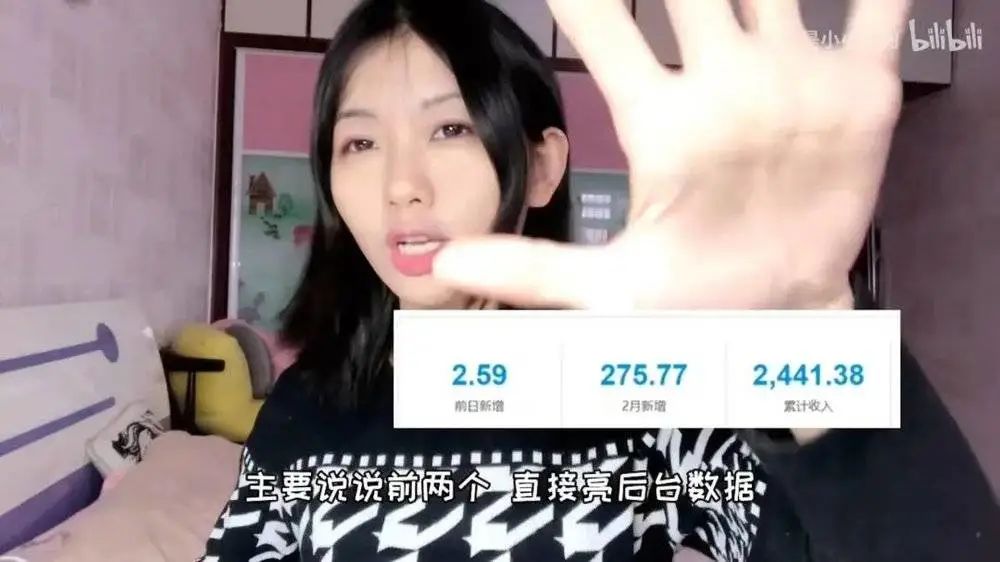 From December 2019 to February this year, she received a total of 25,987 batteries, settled into shells, and then removed the three components charged by Station B, and finally earned 1819 yuan.

Is the small fish A do UP master for three months not only no balance, but also have to put their own living expenses into it, "all for love power generation."

In line with the subsidy strategy of platforms such as Headline, Big Fish, and Point of View, Station B's incentive plan is only "incentive".

B station's content ecology has gone through the early secondary content, Elizabeth rat and other UP main representative of the ghost animal content, from pan-secondary to pan-entertainment, more general content type, more generalized audience, living area has become the largest category of content.

The estrangement of the circle culture is not the main contradiction, and the commercialization problems related to the creator and platform will continue to be highlighted.

From part-time to full-time, from "power generation with love" to "just-in-time" ways for fans or advertisers to pay for their content, the creator's ability to commercialize content ultimately determines its own content sustainability.

Brugge Sir_ a certified "well-known game UP owner" and will start working full-time as a UP owner in 2018. Rent an office, recruit staff, a year his B station fans to achieve 260,000, but the annual income of only 100,000 yuan, a net loss of 1 million yuan.

Before the Spring Festival in early 2020, he announced that he would "give up being a UP owner and go back to inheriting his family business", and the two installments of "Fancy Rich" videos grew his fans by more than 100,000 and brought in more than six million streams. Continue to return to the creation(part-time), game video is still stuck in a single issue of hundreds of thousands or even tens of thousands of playback.

The contradiction between up master's enthusiasm for "generating electricity with love" and the reality of "life-forced" will become more and more prominent.

The 2019 Big 100 UP host's sister-in-law says there's no need to think about full-time part-time until the fan base reaches a certain number. 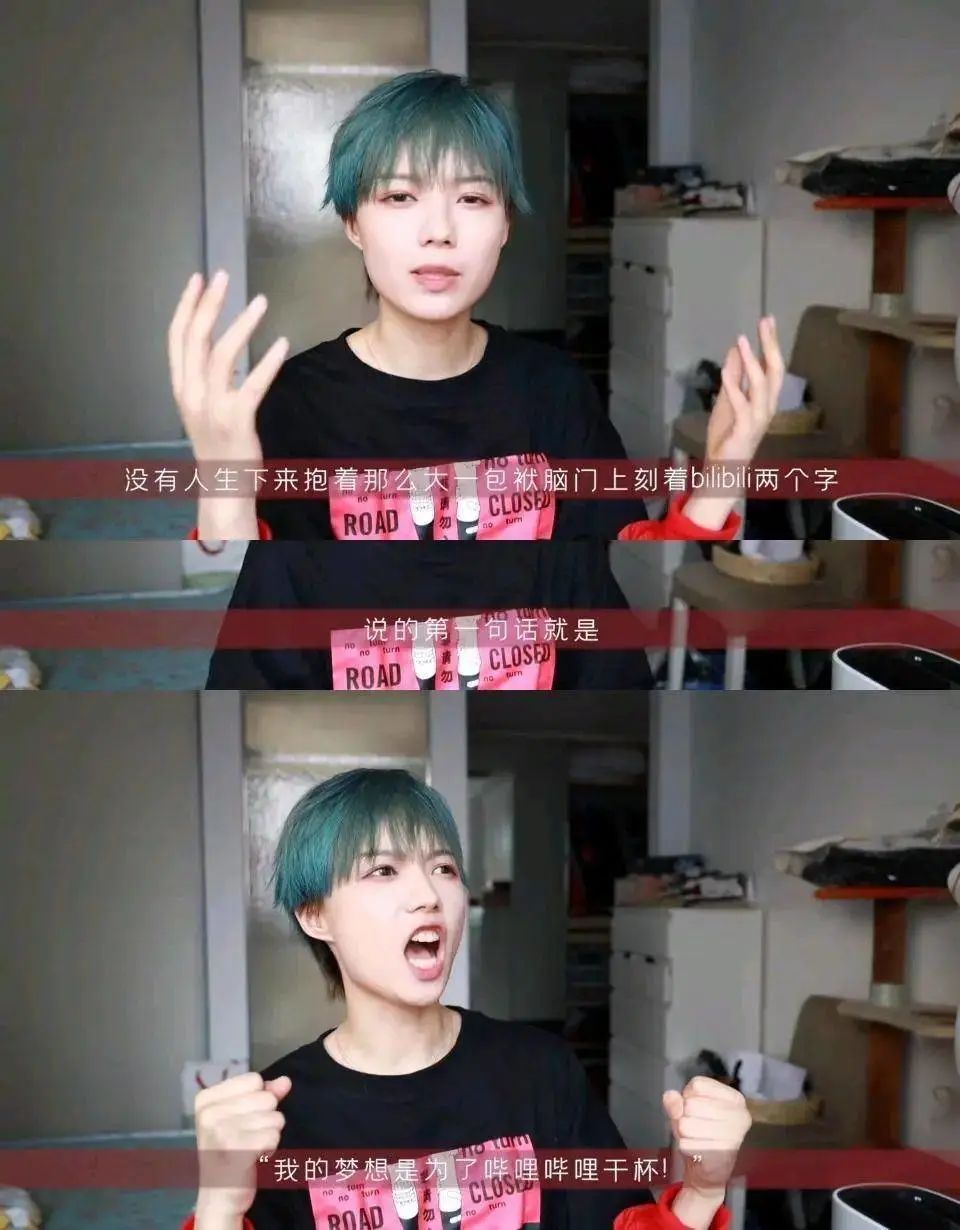 Schrodinger, who doesn't know when he'll be in the future, is ready to starve to death.

The rise of a new media platform is often accompanied by one wealth myth after another.

In this regard, Micro-blog, WeChat is the most typical, although the rapid hand in traffic has a later trend, but commercialization is just beginning.

B station in 2016 began to try the advertising business, and many UP owners after the early process of powder rise, the situation is increasingly hard and soft. The traffic aggregation effect of Station B is still there, whether it is the full-time of the native UP master or the external creator transfer station B station, which shows that "commercial creation" is becoming a new trend, and the post-market B station is also intentionally or unintentionally promoting this change.

In the case of new media start-ups, especially in terms of content, the more benign business units tend to be cash flow models.

Party sister once said, as a cash-out ability is relatively strong fashion district UP owner, her income is still very considerable, and more than half of the income, will be invested in the creation. 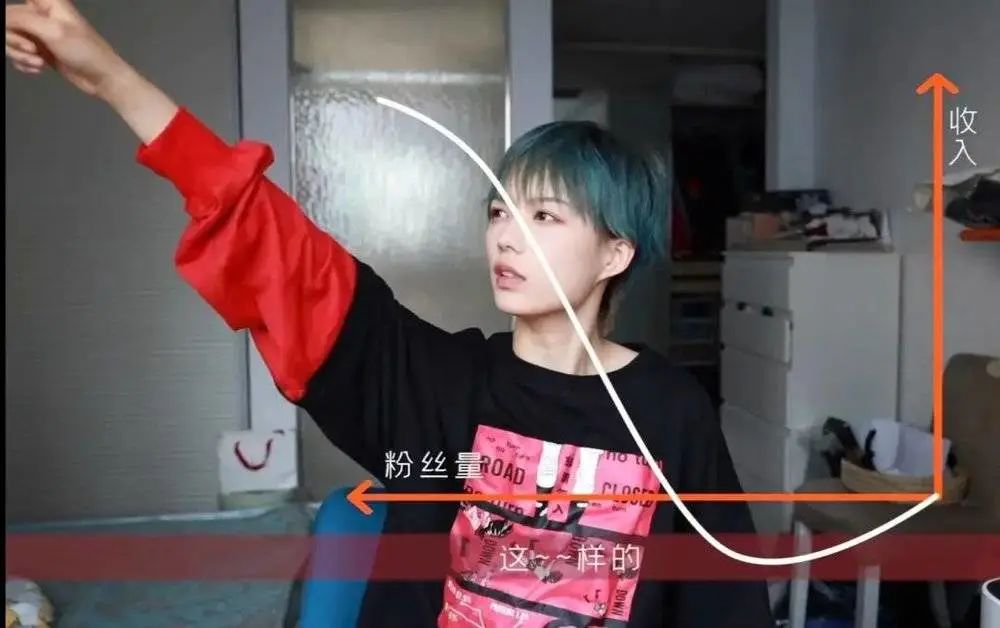 Station B has commercial requirements, UP master has "just rice" demand, B station's commercial properties will continue to increase.

But different divisions, different fan levels of differentiation has been more obvious, we reported late last year, "2020, small red book, know and B station who can make money?" It has also been mentioned in :

B station all kinds of UP, games, technology, beauty UP advertising quotation is relatively high, to makeup UP as an example, millions of fans level UP master generally asked for between 200,000 to 500,000;(Six months ago data)。

UP master becomes a category of "self-media", full-time creative income is difficult to cover costs, limited resources will only gather to the head, external creators are also pouring into Station B, which will also increase the pressure on Station B native creators.

This statement is aimed at creators, especially based on the distribution model of platform advertising sharing, when in fact, almost all domestic content platforms, especially video sites, the revenue share is very different from YouTube.

Traffic advertising this piece, the most mature is WeChat public platform promotion system, today's headlines are better, but overall, this traffic share of the proceeds with the business order(Business Promotion)The income gap is large.

Two problems, one is the flow pool itself to the top, in the non-differentiated user time competition, close to the zero-sum game of stock, and the other is the decline and decline of the advertising market, seeking "high conversion rate" effect ads are more inclined to KOL direct investment.

Many people look at domestic video sites, often with a layer of "YouTube filters" to look at.

In particular, B station, there is a saying that "B station is the closest to YouTube video site", many similarities can be corroborated, such as a large number of UGC content, platform-based features, community atmosphere and so on.

"Learn my life, like my death." Product similarity doesn't determine anything, and many good products are based on business models.

In Google's 2019 annual report, YouTube's advertising revenue was $15.15 billion(The entire Tencent Group will have revenue of $15.2 billion in the first quarter of 2020)With annual revenue of $3 billion in subscriptions and other non-advertising revenue, YouTube now has more than 20 million music and pay subscribers, as well as more than 2 million YouTube PAY subscribers.

The vast majority of YouTube's revenue comes from advertising, with an early distribution of 45 per cent to creators.

It is this simple CPM sharing model that gives creators the most basic income security(Actually, the pure traffic sub-achievement is considerable)And with revenue streams such as business partnerships and e-commerce, YouTubers in the top 10 earned more than $10 million in 2019.

Under this temptation, in addition to the high cost of "net red out to sea", there are many people will be the domestic video quietly "handled" to YouTube to obtain traffic revenue.

Compared with the domestic high bandwidth costs, procurement costs, constantly segmented markets, traffic pool growth to the top of the situation, the domestic so-called YouTube road is basically not available.

As for the growth of paid users, the requirements for copyright content on the platform are extremely high, and everyone will consider that "the value of the member's purchase is not worth it".

As a listed company, the commercial pressure on Station B will continue to increase with low advertising content, low pay rates and a low ceiling for diversified revenues.

Third, B station what other worries?

Station B has been on the market for two years, and the commercial pressure is not only on the platform, but also on the content side.

Increasing the procurement of copyrighted content, strengthening cooperation content with institutions, UP owners, supporting ad e-commerce and other diversified creator revenue model, are all ways to maintain the competitiveness of B-station content.

Many users complain that station B has too much content off the shelves because of copyright issues, but the most overlooked copyright concern is the creator's copyright.

A large number of UGC is the main reason for piracy, and then there are creators of various handling, repeated upload, re-editing and other different copyright content use of the definition of the problem has not been resolved.

In addition to the non-copyrighted content on the shelf, as well as the copyright protection program for up owners(For off-site infringement)B stands on the copyright control of platform creation almost naked.

This kind of thing is the question of how to regulate the creative behavior of the creator.

Many creators unauthorized fast hand, shaking sound, micro-blogging and other platforms of video and even the act of image content theft, adaptation, whether it involves infringement and other issues of extension, how to define?

This kind of lawsuit has been before, and will not be less.

In contrast to YouTube, copyright disputes are resolved to the maximum extent possible through the Content ID system, turning infringement into revenue distribution, with 90 percent of copyright use cases in which the original user chooses to share ad revenue. Of course, YouTube is also under pressure from the European Union to pre-censor copyrights.

What about the live broadcast business that Station B has high hopes for?

The overall environment now is that live streaming is increasingly being used as a form of instant cashing in, such as the show, shopping so. From the point of view of pure content, tiger teeth, shaking sound, strangers, fast hands, which is not a strong enemy?

Station B users fire-free residue once a night to reward 1 billion golden melon seeds(1 million RMB), called as a single push by station B users(Single-person promotion of industrial development)Domestic Vtuber(Virtual UP Master)development of the world. Vtuber's platform-based differentiation is a bright spot, but not enough to support the commercial space for live streaming.

In addition, Terminal B's operating costs have been increasing, which has led directly to its declining net profit for the four quarters of 2019, and the expanding revenue model has not led to an overall increase in commercial efficiency.

The fundamentals of Station B's revenue are not stable.

Diversification needs to be built on the basic business disk, but in addition to the game business that has been more dependent on, B station advertising, live broadcast, e-commerce and other businesses have direct strong competitors.

Back to the characteristics of the content platform, content realization is the main contradiction of B station commercialization, and directly related to the creator's dream of wealth.

"Power generation by love" is not taken for granted.

The traffic, advertising, and creators' benefits, as discussed above, are not just b-stations, but B-stations will be more prominent, and the greater the hope, the greater the disappointment.

After being improved by Michael Jackson

There are always a few with long hair around

The "bad boy" who imitates space dance steps like cotton 👦

One person, one second, one 🌍

B Where is the dream of wealth?
Up to 200 words, currently totalWord.

Named by CCTV, the net red lizizi, the real face exposed: she is not a fairy at all!
Li Zixuan was named by CCTV: behind all the life you envy, there are hardships you can't get through
These tablets are expensive and low-priced, but there's a group of people who call it more fragrant than an iPad
Li Zixuan burst red at home and abroad, by CCTV named: all your envy behind the life, there are you can not survive the pain
The most complete overseas promotion and operation of traders exchange community, get on the bus