With the emergence of two cases of "new crown pneumonia" in Toronto, Canada, many Local Chinese are afraid to go out to activities, the Chinese area of shopping malls, supermarkets, restaurants have been affected.Some Chinese wear stolen masks even when they go to public places.They were a little standout among the people they were in and out of. 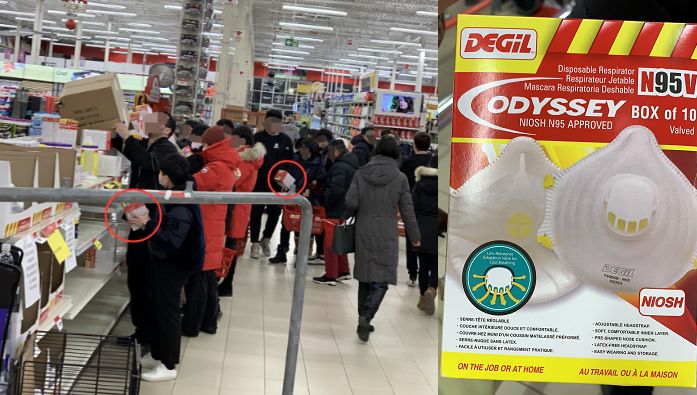 Above: An industrial N95 mask on a Canadian Tire in Toronto is snapped up on the evening of January 28, with adults and children wearing masks.

Toronto, however, really needs the public to take such precautions to fight "new crown pneumonia."”Is there an outbreak? 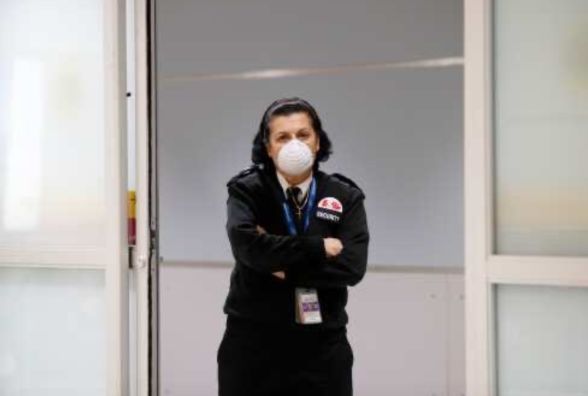 As things stand, Ontario health officials have not warned the public to wear masks in public places, such as schools.It is even thought that wearing a mask is of little use. 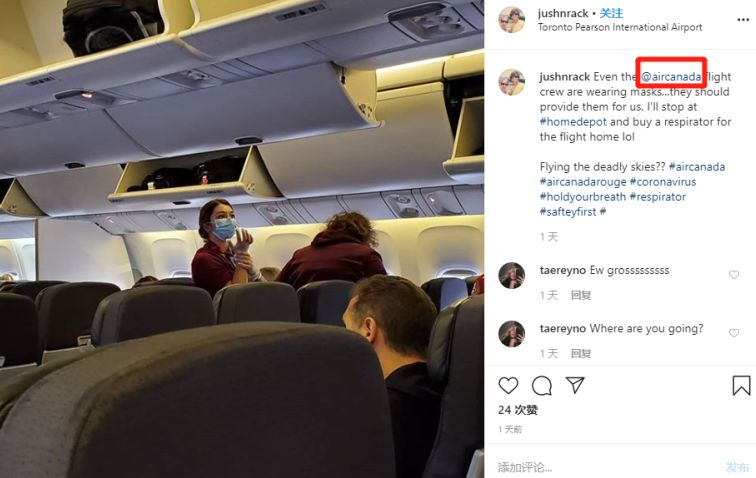 The advice of Canadian health officials is quite the opposite of the domestic health advice(Different regional environment, different official advice)。Today, most of the people who wear masks in public in Toronto are Chinese and international students. 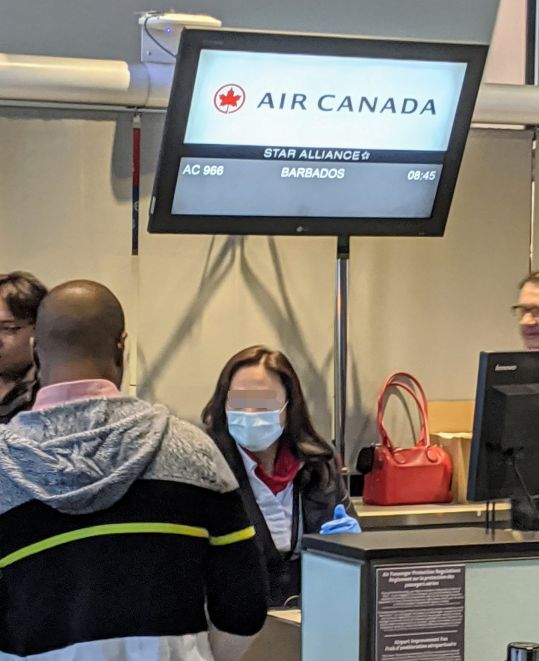 The result is today,A.Chinese in Toronto have been subjected to "discriminatory" sexual abuse for wearing masks to supermarkets.

According to 51. CA Chinese netizens revealed that today (January 29) at about 10:30 a.m., he was shopping in Toronto's North York Holefood supermarket when he had a verbal conflict with others. 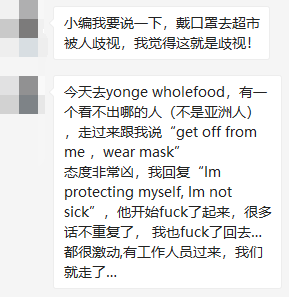 A customer who did not appear to be Asian came up to the Chinese and said:"Stay away from me, you man in a mask!"He was not willing to show weakness, and replied:"Just because I'm protecting myself doesn't mean I'm sick."

After that, the two sides are blowing each other up, until the supermarket staff came to disperse.

Related reading:
"New crown virus" has not spread around the world, "racial discrimination" has spread first! 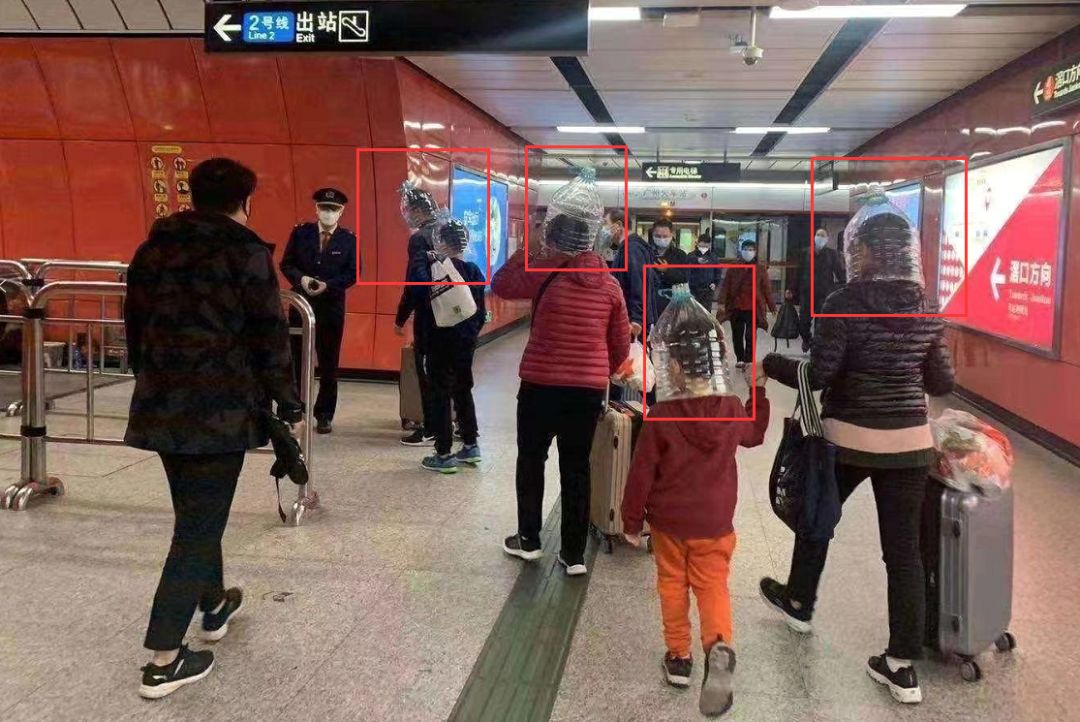 Above: Recently, a subway station in China appeared with plastic buckets covering their heads to reduce the risk of infection with the new crown virus. 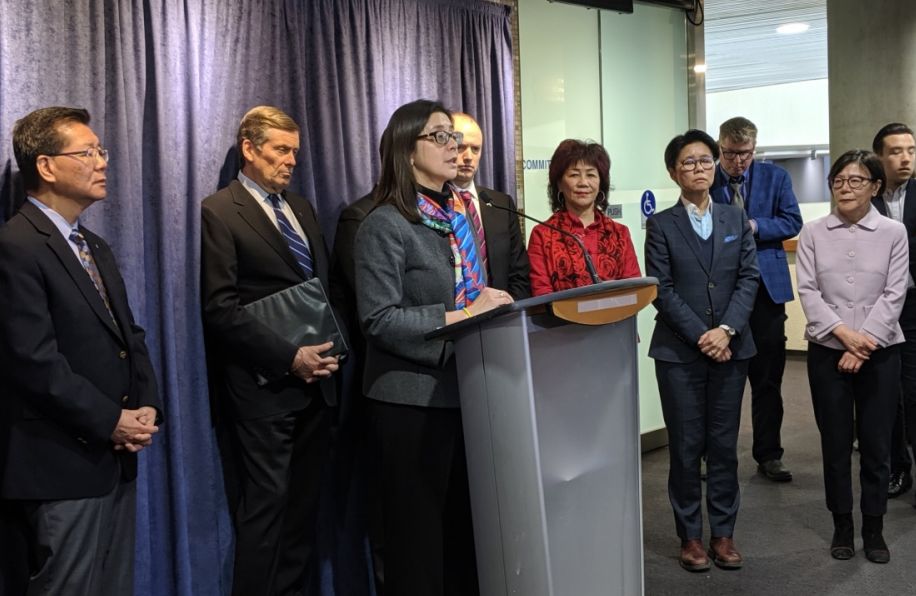 Joe Cressy, president of the Canadian National Council for Social Justice (CCNC-SJ) and Public Health, called for new efforts to prevent the outbreak"Inappropriate and unfair stigmatization"and the spread of panic.

Amy Go, interim chairman of the CCNC-SJ, said in a statement: "If our public health system is affected by thisMisleading behavior and panicspreadAnd inundated, we are concerned about the inappropriate insults to the Chinese-Canadian community and the potential harm to all Canadians. "
At a press conference, Juanita Nathan, president of the York District Board of Education, issued a warning to some parents.Stop speculating about certain students and families and show "unsymonsmed racism".

Toronto City Councilman Huang Huiwen also noted that the status quo reminds her of what happened when SARS broke out in 2003:"People of Chinese descent are shunned from school, harassed on the streets, ridiculed on public transport, and many feel excluded and isolated by the city." 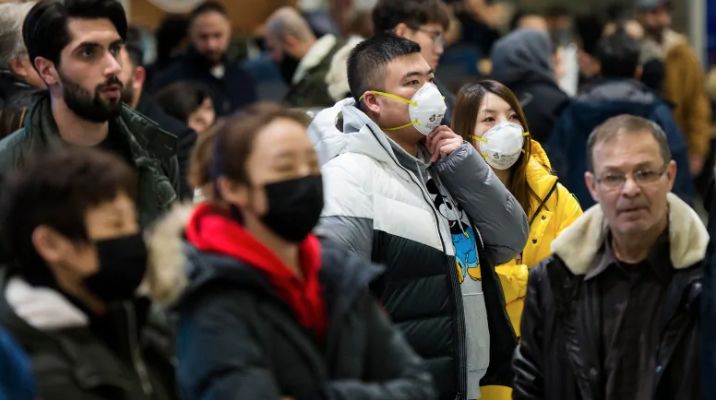 --- Ontario Conservative Party to the Chinese New Year---
After a confirmed case from Toronto
"Discrimination against The Chinese.""Alsobecame a "virus."”
After Toronto's first confirmed case on January 25, the local York DistrictChinese parentsA signed petition was quickly posted online calling on the Department of Education,Students and parents who have recently returned from China are required to report to the school and remain in isolation at home for at least 17 days. 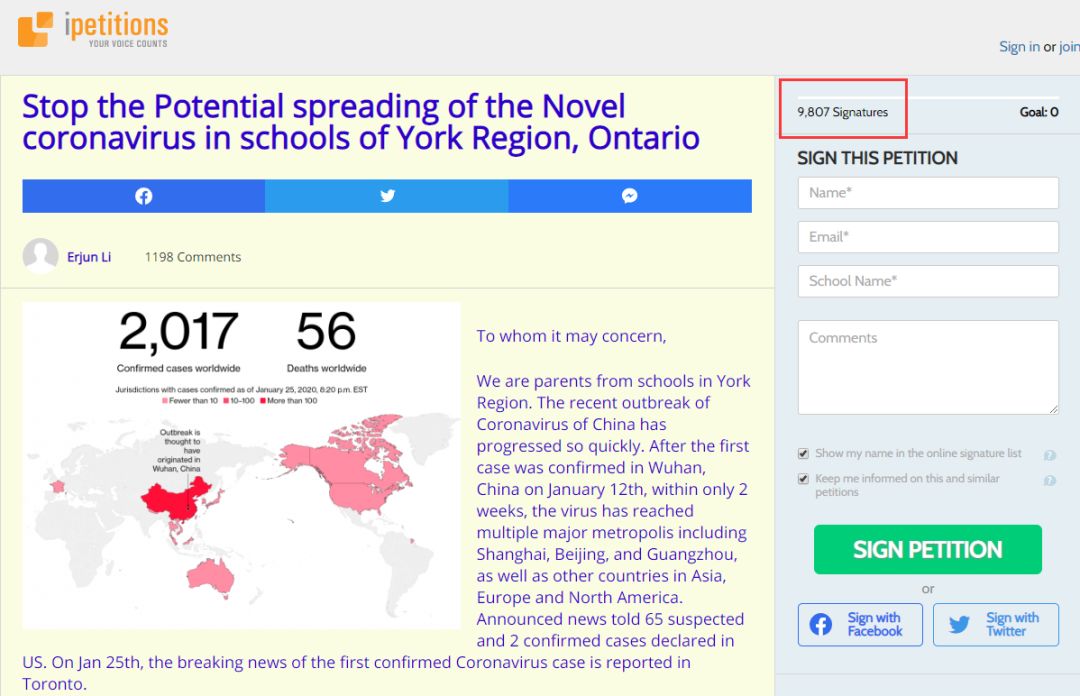 The petition had more than 9,800 signatures as of the morning of January 29. There are many Chinese among them,They are protecting their children and are worried about the spread of the epidemic in Toronto.
In response, the York District Board of Education sent a notice to parents on 27 January.In addition to alerting against the disease, another "virus" is also noted”：Anti-Chinese xenophobia.
Juanita Nathan, president of the Board of Education, wrote:"We understandChinese familyworries and anxieties are growing. Those who infer that others are at risk are rightthey carried onIsolated people can be seen even for security reasonsPrejudice and racist tendencies。” 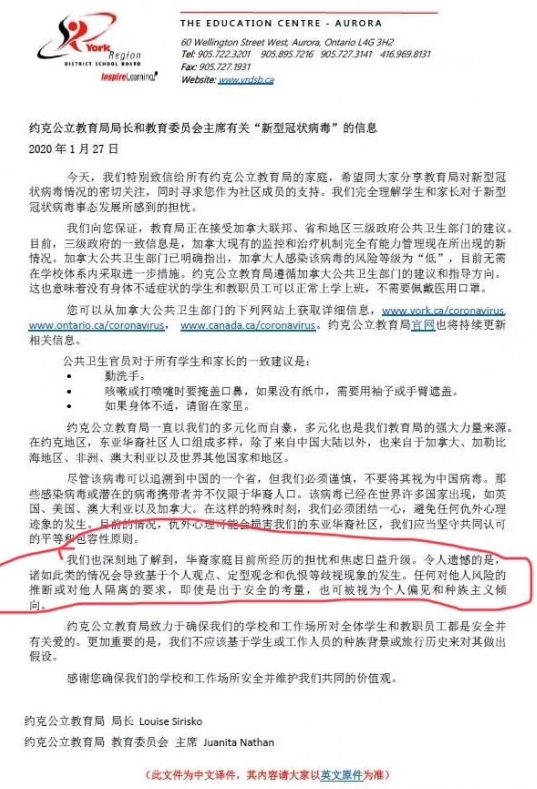 Letter from the York District Board of Education to parents
In her letter, she pointed out that although the virus originated in China, we must be careful not to think of it as a Chinese virus, the infected person is not necessarily from China.The virus has appeared in many countries, and at this time we should unite as Canadians to avoid any "xenophobia."”signs, otherwise it may lead to victimization of the Chinese community.We must uphold the shared values of equality and inclusion.
The Chinese in Toronto have appeared
Similar to the panic during the SARS outbreak
This will cost the Chinese community dearly
While Canadian health officials have stressed that the risk of infection remains low, there has been panic similar to the SARS outbreak in 2003.

In a 2004 report on the impact of SARS on the Chinese community in Canada, wu Wei, Director of the Greater Toronto Centre for Legal Aid for Chinese and Southeast Asians, noted thatMany Chinese have lost their jobs because of SARS, such as the decline in restaurant business.Immigration and Refugee Board officials wear masks during hearings for Asian-American complainants, and Chinese tenants are evicted by landlords. 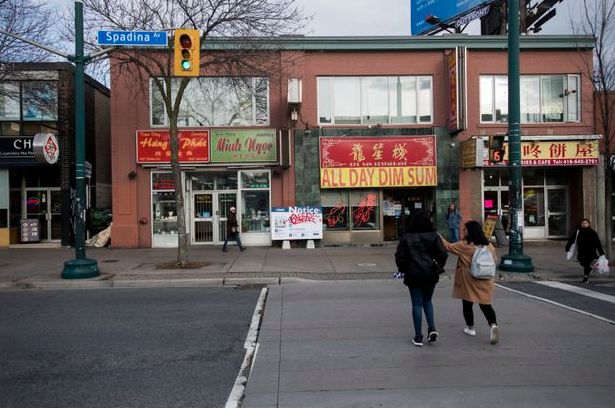 图片来源：FRED LUM/THE GLOBE AND MAIL
To Wu's disappointment, however, the 2007 Ontario hearing on the SARS crisis found no racial discrimination. She said advice on how to deal with racist rhetoric would help in the event of an outbreak like this.
Tony Loui, president of Toronto's Huafu Business Promotion District, had to explain saturday that he had a cold, not a virus, because of a sore throat during the Spring Festival celebrations.The next day, he found that business in Chinatown had faded, including many restaurants, believed to be fearing the virus.He reiterated that communities and food remained safe and called on lawmakers to learn from former Prime Minister Jean Chrétien's practice of dining in Chinese restaurants when SARS broke out in 2003 and show Canadians that it was still safe.
Ms. Wu is fully convinced that Canada's health-care system is better able to cope than it was during SARS, but she is not optimistic about how to contain public fears.
She said:"Unfortunately, because of the underlying racist attitudes in Canadian society, people still believe what they believe, regardless of the scientific evidence that shows how the disease was contained."
Recently, a well-known Chinese writer and educator in Toronto@Carrianne LeungOn Twitter:"When a disease is racialized, you need to know that this everyday racism against people is bad!" The pain and anxiety caused by the SARS outbreak of that year still exists. " 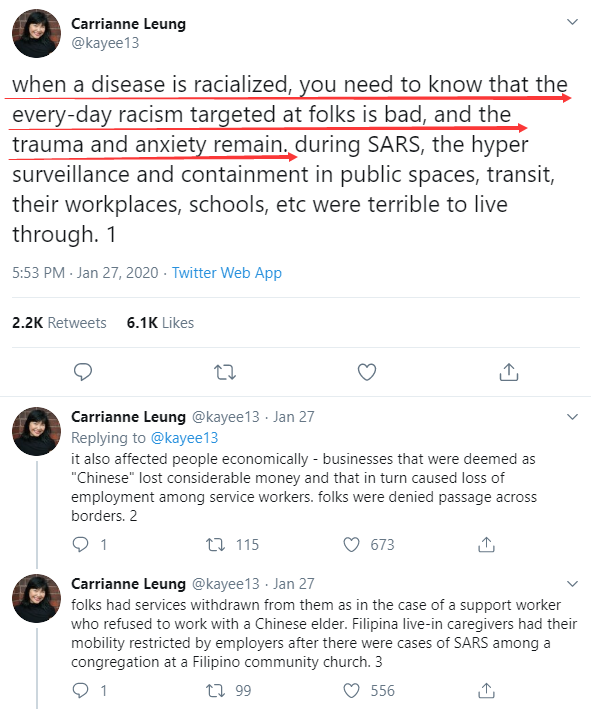 At last
The editor-in-chief wants to share a paragraph with you,
Words that have recently been widely disseminated in the Chinese community:
"Everyone gets sick, don't be isolated by it Chinese and anyone you think is connected to China, let alone discriminate against someone who's sick, because it makes a sick person feel ashamed of being sick and hides his illness and doesn't protect others.We are against the virus, not the Chinese. The more times you are in distress, the more you need to be calm, calm, rational, and united! " 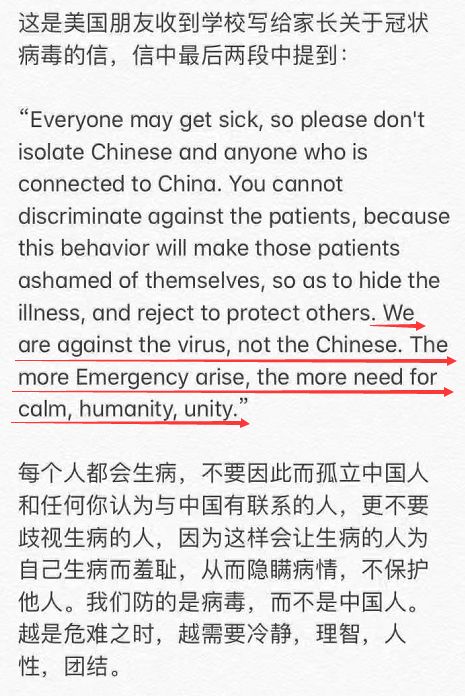 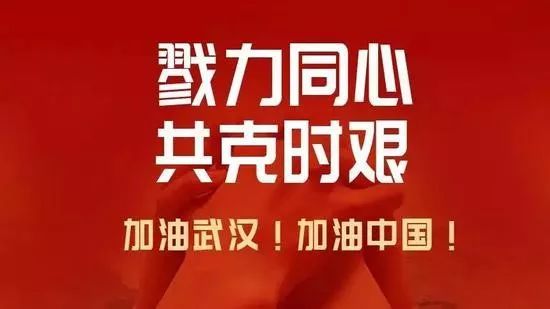 Note: This article is a worry-free draft of Canada, copyright is protected by the Copyright Law of the People's Republic of China, Canada Copyright Act and other laws and regulations, without permission is prohibited from reprinting or plagiarism. Any individual or organization found to be in violation of the relevant regulations will be held accountable. 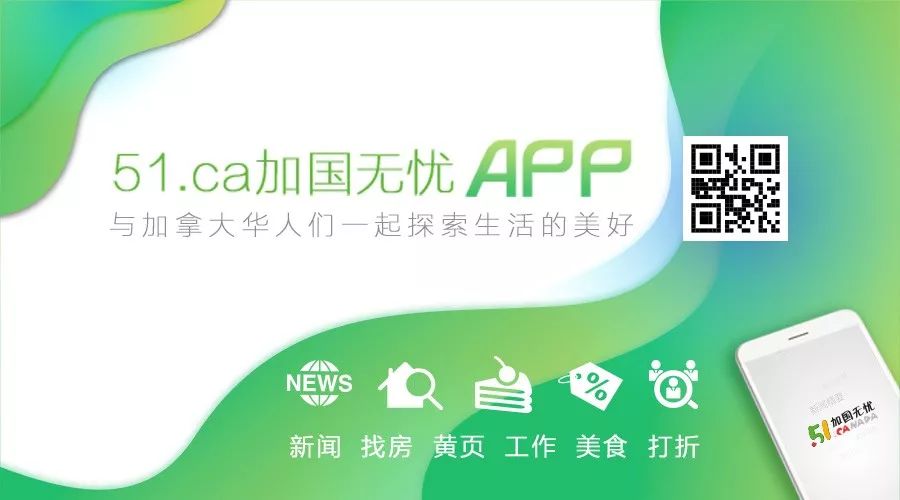