24th, a deep chat about misappropriation of art

Misappropriating artIn the field of art refers to the use of objects or images that already exist by artists with little or no change in their creations, and in today's reference to misappropriation of art is more associated with the 1980sSherrie LevineA style of work created for a typical representative artist.

Misappropriation art can be understood as the new works redefine the object of misappropriation, put the original things in a new context, to explore new meaning, this and the finished art has the intersection of the place, but not exactly the same, the finished art is the use of industrialization of large-scale production of goods, and the diversion of art is broader, the most misappropriation is other people have created works of art.

The art of misappropriation dates back to the beginning of the last centuryPabloPicassoAnd.Georges BraqueIn their creations, they use non-artistic things in their own creations, such as inPablo Picasso Created in1913yearsBottle of Vieux Marc, Glass, Guitar and Newspaperpaper-cut used in the newspaper. Subsequent Dadaism and surrealists, will also use the real objects in artistic creation, misappropriation of art, finished art, Dadaism, the scope of the intersection of the three lies in this, but then misappropriation of art continued to develop, after nearly a century, found their theoretical positioning, found a new meaning, developed to the top. 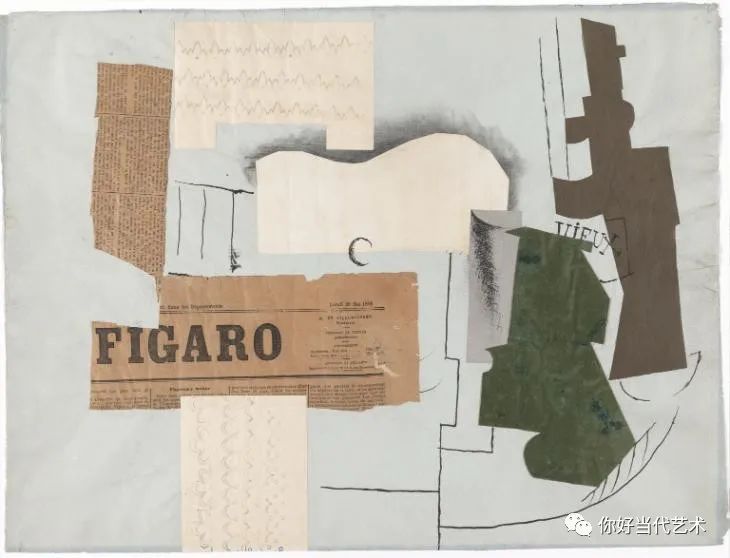 It is worth mentioning that there are also misappropriations in the film, dating back to the early days1958American artistBruce ConnerIt's made very influentialA Movie, in this one12In a movie with a minute length,Bruce ConnerThe re-editing combined the existing film clips at the time,In.1960At the Creative Film Awards, the Creative Film Foundation awarded the Film Excellence Award, which has long been considered a hallmark of avant-garde cinemaIn.1994The film, which was included by the National Film Protection Agency, illustrates its historical, cultural and aesthetic importance. (Video review has some problems, need to see this movie can go to some, search"Hello contemporary art"Just"

In the course of the development of misappropriation art, pop artist Roy Lichtenstein excelled at using Picasso's work patterns in his creations, such as the following: Picasso's Still Life (a tribute to Picasso) 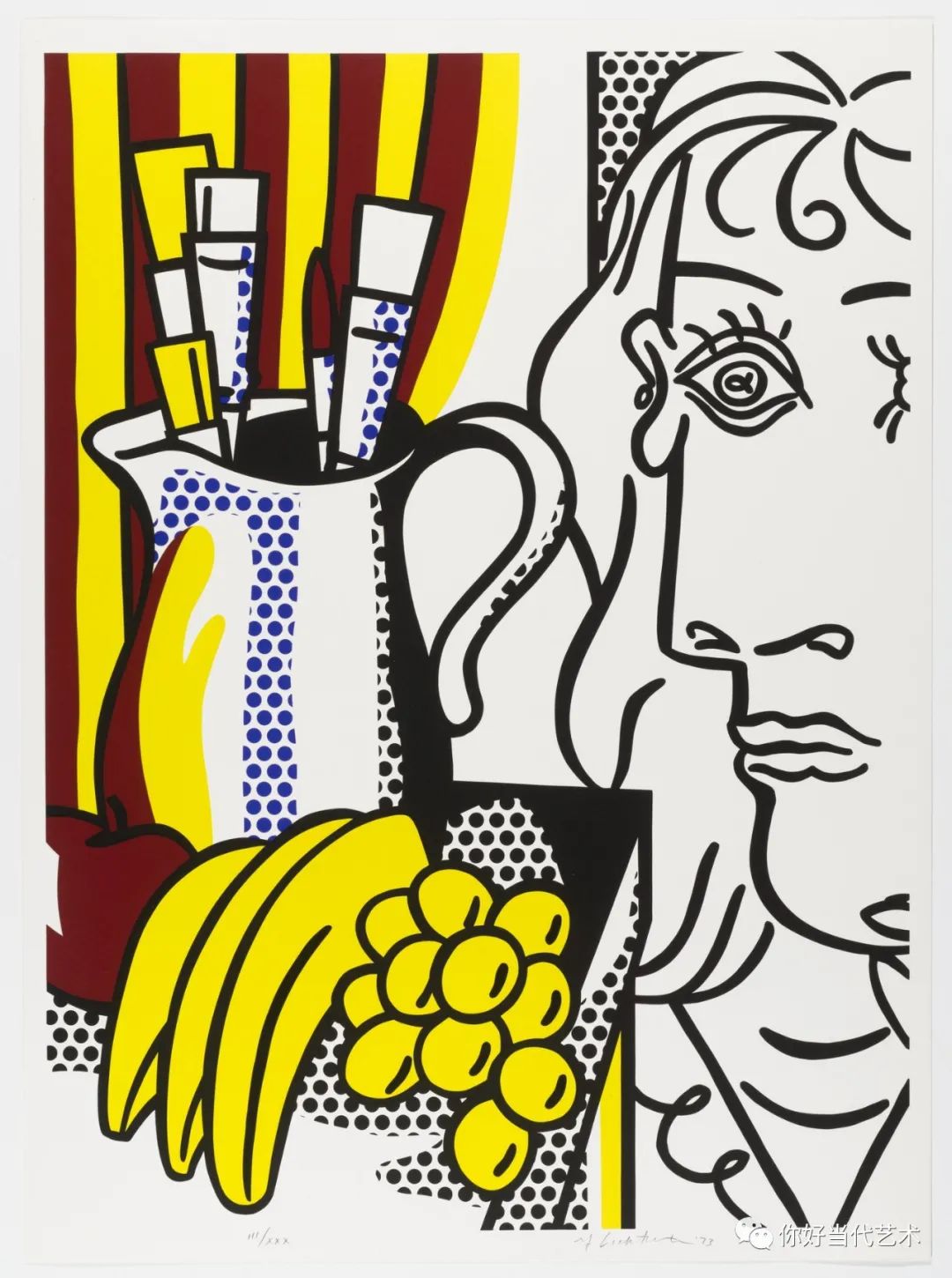 Andy Warhol's use of Marilyn Monroe's photographs (see below) is also an diversion of material that Pop artists use out-of-the-waytimeThese things have moved away from the material range of the finished art and into a wider space, but they have been used to create the material twice. 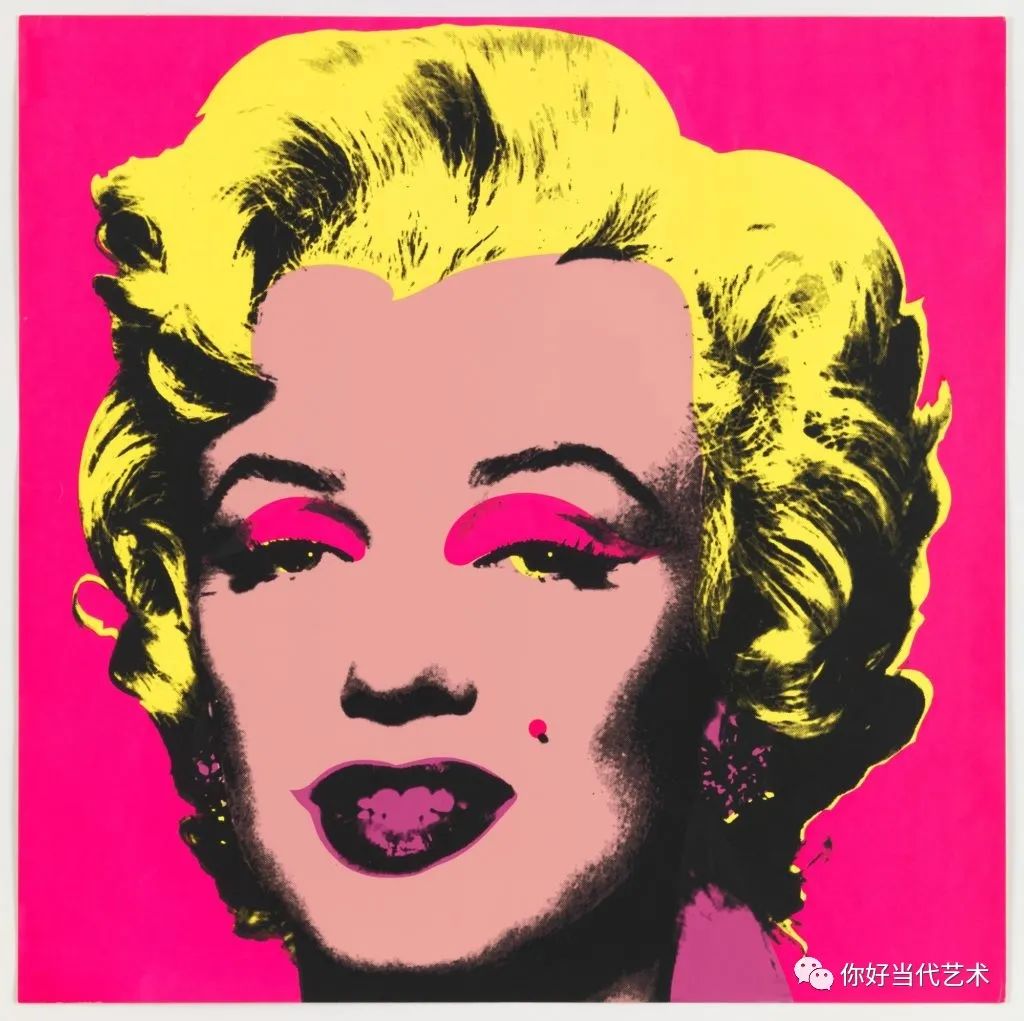 The art of misappropriation is different again because the American artist Elaine Sturtevant, who is known for her work on misappropriation of art, made Andy Warhol's Flowers in 1965 and exhibited it at Bianchini Gallery in New York, so much so that when Andy Warhol was asked about his technique, he once replied, "I don't know, ask Elaine." 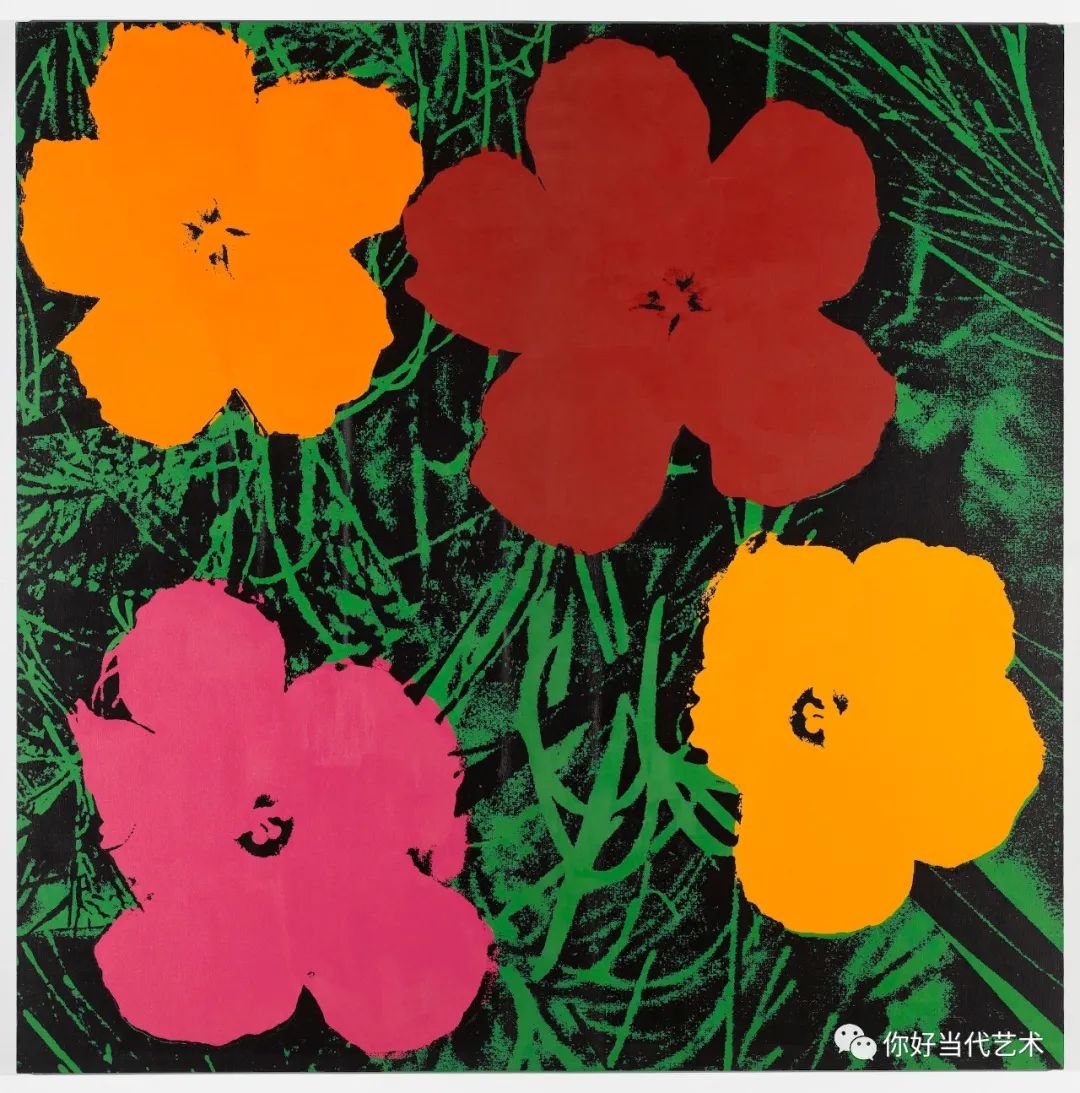 There is an important exhibition in the art of diversion, an exhibition called The Pictures Generation, 1974-1984, held at the Metropolitan Museum of Art in New York from 29 April to 2 August 2009, which they use in their worksMisappropriating.And montages reveal the nature of image construction, with 30 artists, including Sherrie Levine, Barbara Kruger and Richard Prince, exhibiting, known as the picture generation. 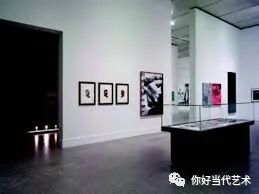 Since the 1980s, artists have used embezzlement more widely, and the French artist Zevs, who has largely misappropriated well-known brand logos into his work and re-explained them, has re-created them by drawing water marks on the letters of those logs, including Microsoft, Google, Louis Vuitton, Coca-Cola and Toyota. 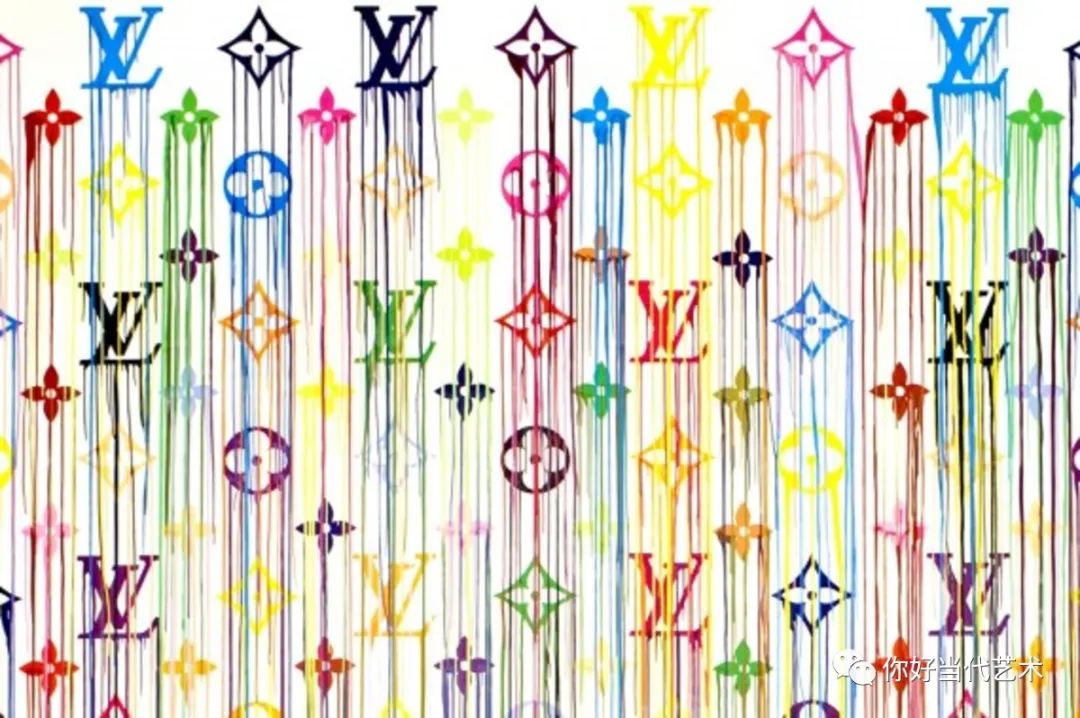 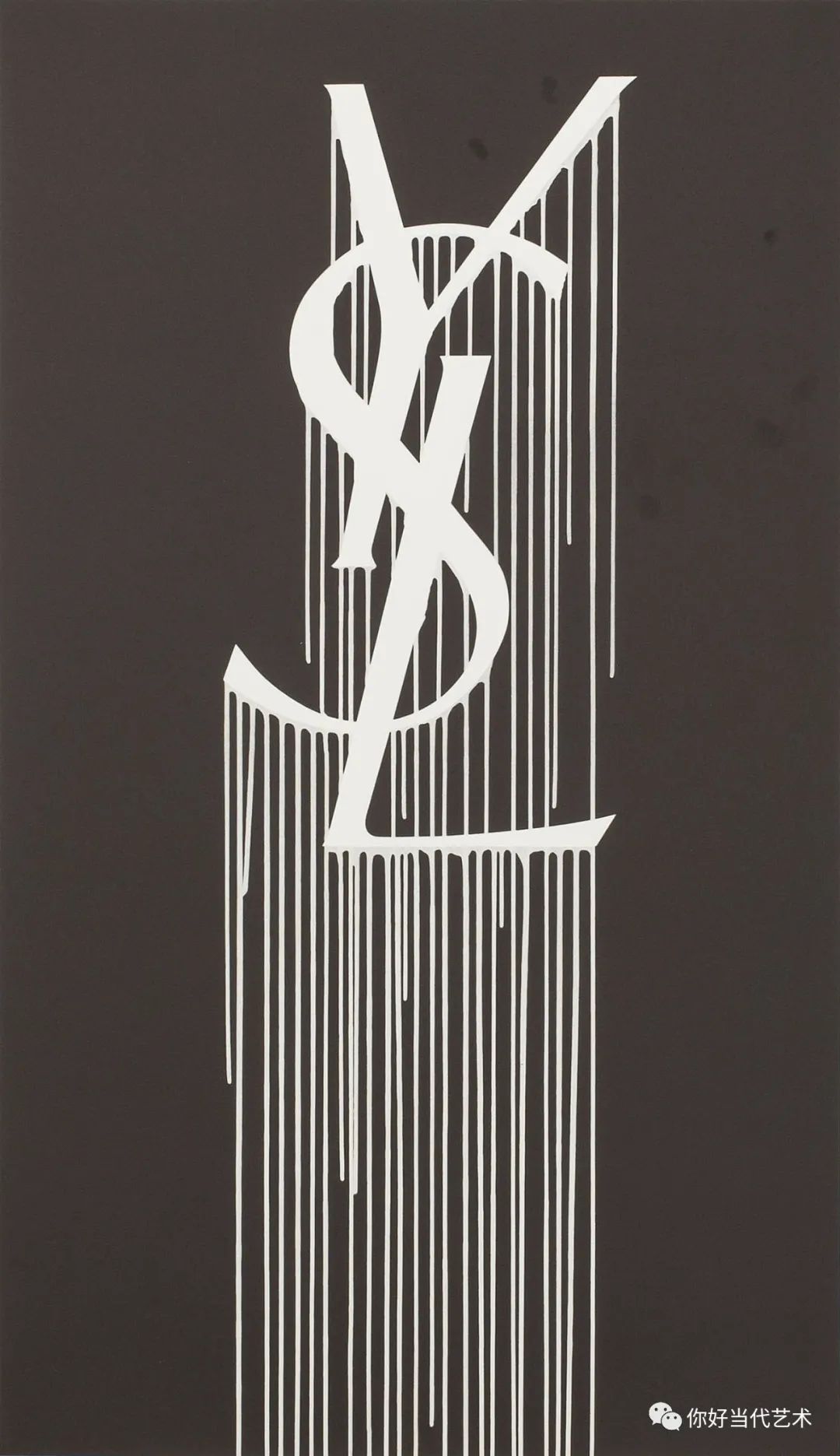 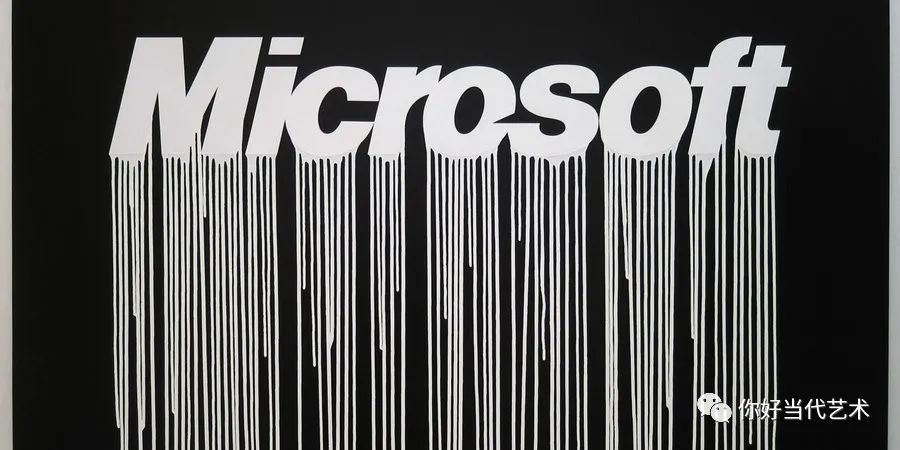 American artist Richard Prince exhibited a series of works in 2014 called New Portraits, which misappropriated some of the selfies taken by users on Instagram, a bit like screenshots from a mobile phone, but without information such as signals, power and Internet companies above the phone, which received likes and comments on Instagram along with the photos. 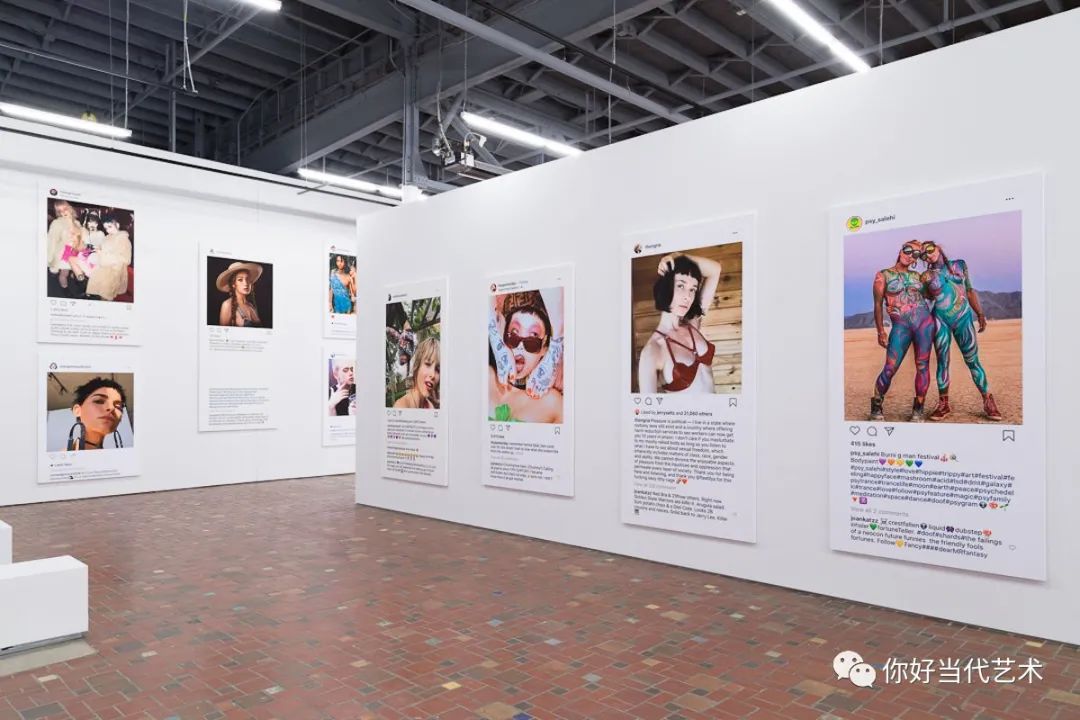 American artist Sherrie Levine is a bold misappropriator who often cites other people's work, such as her use of Walker Evans's photographs (see photo below), and when Sherrie Levine talks about the subject of her work, she thinks she has the same theme as the embezzler, unlike the artist mentioned above, who misappropriates others' work to express new themes, Sherrie Levine's extremely challenging creative behavior pushes the philosophical thinking of misappropriation of art to the extreme. Although Sherrie Levine says she's on the same subject as the embezzee, is it really the same? In fact, the context of the work has changed, familiar images or objects, to a new context, will inevitably produce a new meaning, so that the audience has a new feeling. 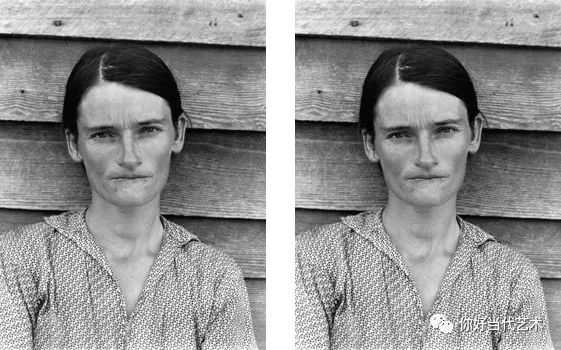 (Above) Sherrie Levine exhibits the 1981 work of the embezzled American photographer Walker Evans in 1936, Alabama Tenant Farmer Wife, named Walker Walker Evans, left, and Walker Evans in 1936，On the right is an exhibition by American artist Sherrie Levine and a 1981 work, two works that make little difference. Levine challenged the concept of ownership, and she made this photo, making it almost impossible to tell the difference between the two. This is a common problem in the photography world, and Levine has brought the debate to the forefront.

Sherrie Levine also created another work in 1991, After Marcel Duchamp: A.P., a shiny bronze-cast urinal, and in the title indicates that after Duchamp, Sherrie Levine made some changes to Duchamp's work, shiny gold, which duchamp's spring did not have. "I'm interested in almost the same thing," Sherrie Levine said in an interview. 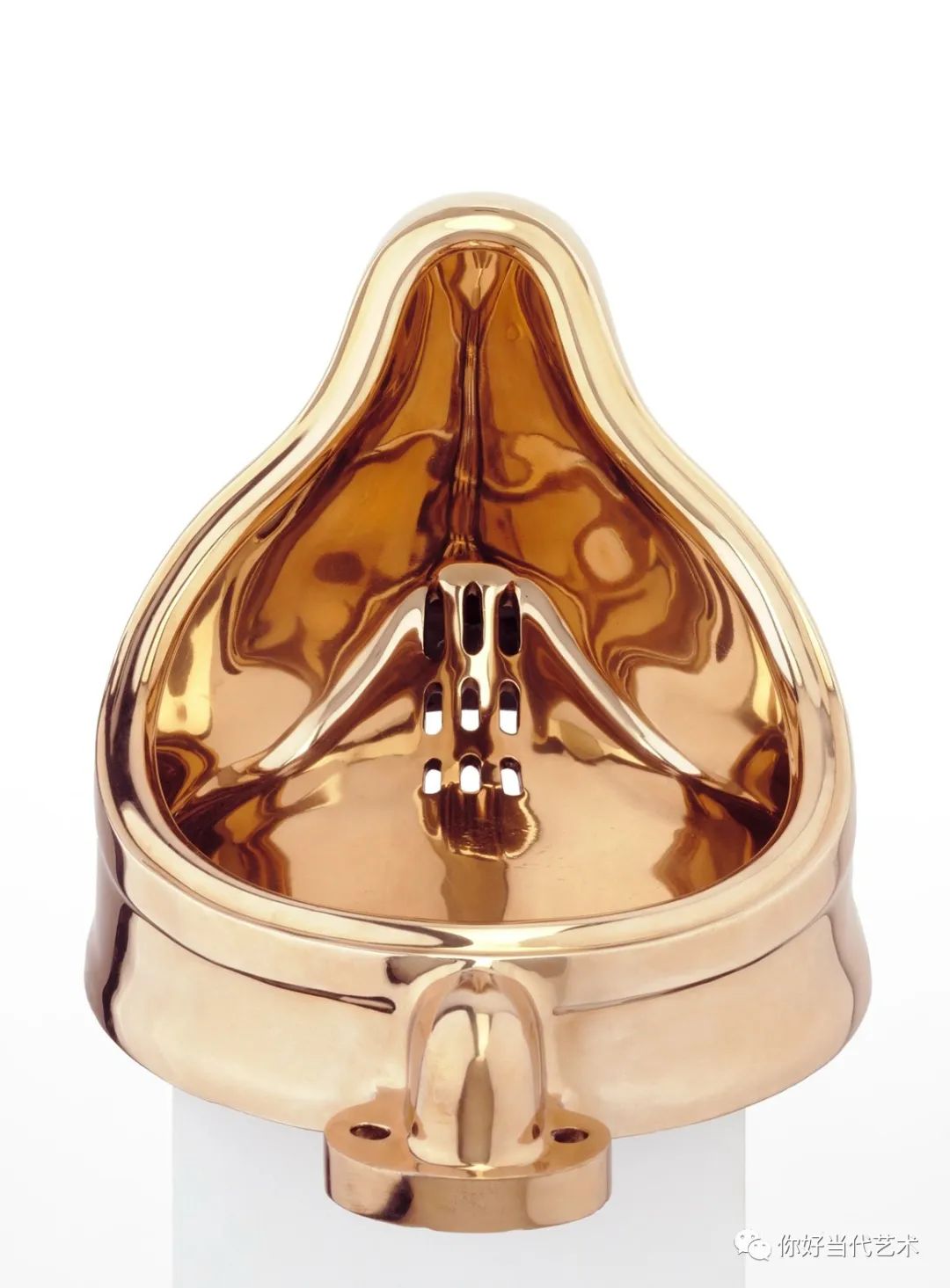 The picture below shows the spring of Dushan 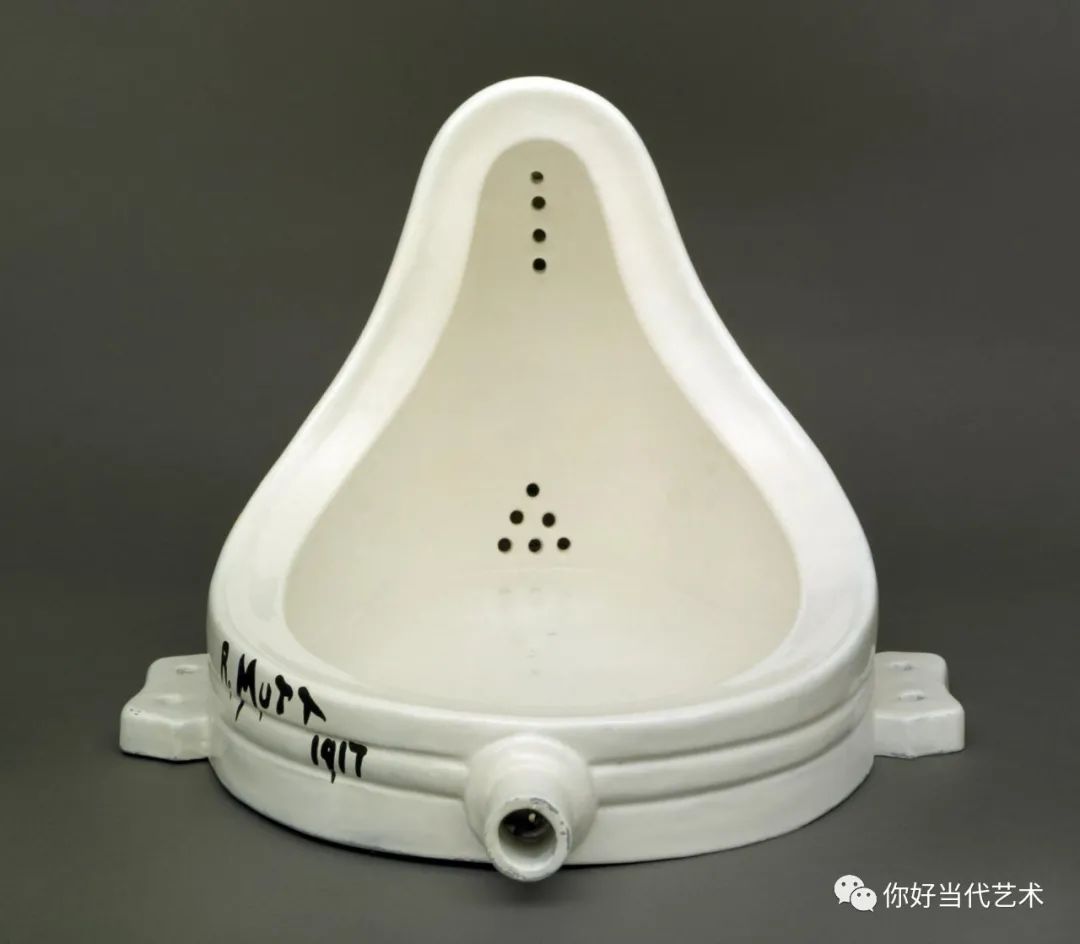 Added: Sherrie Levine, born in 1947 in a small coal-mining town in Pennsylvania and later raised in suburban St. Louis, Missouri, where she made a living from various business arts after graduating from college, moved to New York in 1975 to live on government aid and work independently, and in 1977, at the behment of a friend, she held her first exhibition. She doesn't like to mythize artists, so she avoids talking too much about her personal life.

The author is the "author" refers to the person who created a work, who made it exist, misappropriating art to think that the author's identity in art is an outdated or misleading concept, the most famous supporter of which is the French literary theorist Roland Barthes, who argued in his 1966 article 'The Death of The Author' that we should not look for clues in the author when trying to understand the inner meaning of literature or art. Although people always try to find an explanation of the work from the person who created it, the work itself is speech-speaking, not the author. Roland Barthes concludes the article by concluding:The birth of the reader must come at the expense of the author's death。 It is suggested that a person can understand the work according to his own experience, not through the author.

There are also opposing views in the field of misappropriation of art, as Sherri Irvin, a professor at Oklahoma University in the United States, pointed out in a 2005 article on Appropriation and Authorship in Modern Art.Misappropriation can enhance and reaffirm the author's concept。

Back in Sherrie Levine's case, because she was the most famous misappropriation artist, she started out as a collage artist and later worked in rephotography, photographing well-known images in books and presenting them to herself, until 1979, when she photographed the work of photographer Walker Evans, who did not try to edit them, but simply "recreated" them. By bringing her re-shot work to the art world, she provides the audience with a new understanding of the images that already exist, thus promoting the art form of photography.

Since we tend to think of originality and novelty as aesthetics, the concept of using existing images in art can now be considered original, as Sherrie Levine once said: I am interested in mechanical reproduction of images, which is not a moral issue

Copyright issues under the law:

One of the unseemly problems in the art of misappropriation is copyright, and since the United States was the center of the pioneers of contemporary art after World War II, there are more cases of litigation in the United States, and scholars have begun to study the differences between new and misappropriated works in these cases. 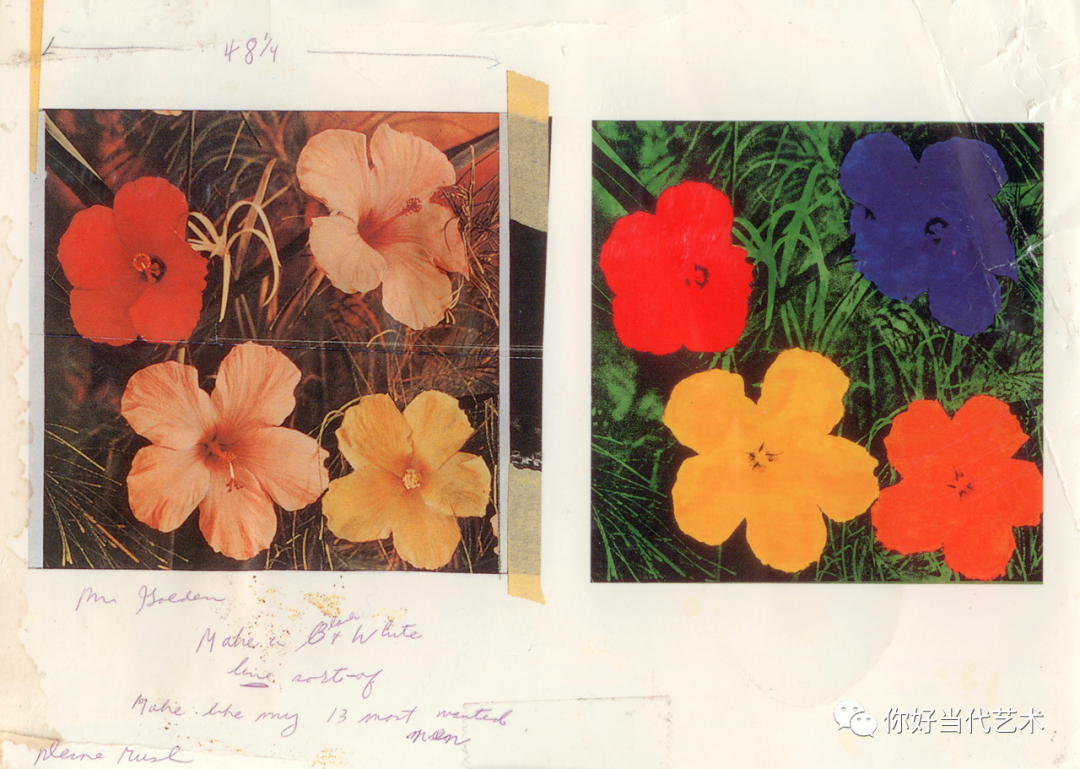 But in another case, Andy Warhol was not deemed copyright infringement, and in Campbell's Soup Cans, it was clear that Warhol had embezzled the manufacturer's trademark, but that, according to trademark expert lawyer Jerry Gilson, "paintings and soup cans are not competitive products." There was also a case of first-instance defeat, second-instance success, in which Richard Prince misappropriated more than 40 photographs taken by photojournalist Patrick Cariou and made changes to them, such as adding portraits or changing the original portraits in the photograph, named Canal Zone, which sold for $10 million, the same year Patrick Cariou sued Richard Prince and the associated Gagesian Gallery and Rizzoli Bookstore, the first-instance judge ruled in Patrick Cariou's case, and Richard Prince appealed on the grounds that misappropriation of art was already recognized as a modern and postmodern art form, challenging the way people think about art and the way people think about objects, images, sounds and cultures. On April 24, 2013, the court largely overturned the original decision because Richard Prince had changed the original image in his work, so it was legal. The following image is one of the works in this series, with photographs on the left and misappropriated works on the right 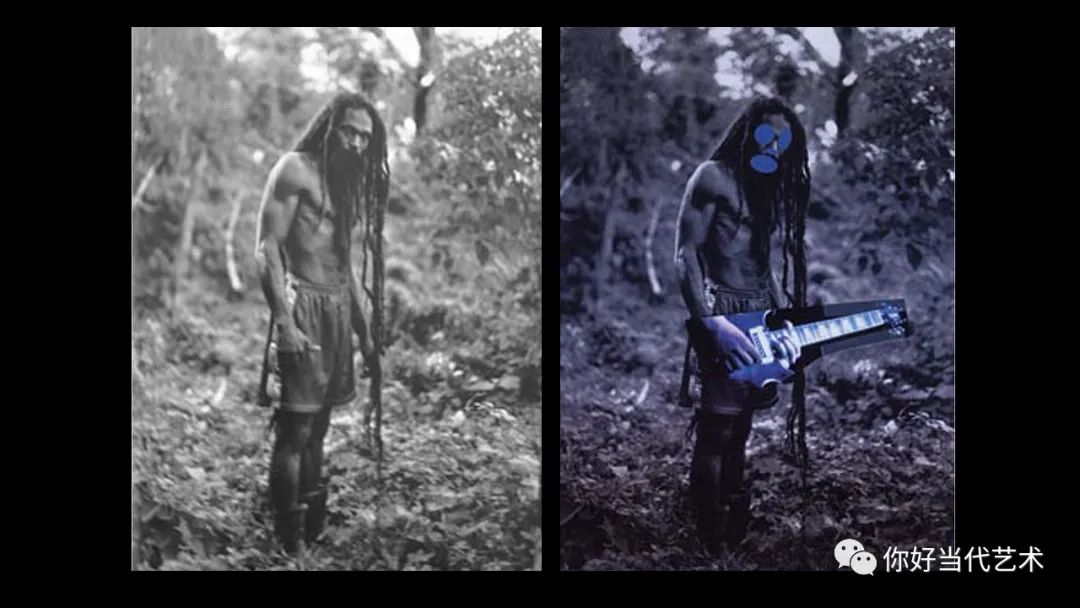 In the art world, the more famous cases of misappropriation of art include two cases involving the artist Jeff Koons, one of which was lost and the other won.

In 1992, American photographer Art Rogers successfully sued the American artist Jeff Koons for crafting a color sculpture, String of Puppies, in 1988 based on Art Rogers' photography, in which two people posed and posed with eight puppies, characters and dogs Rogers' photographs are mailed to the manufacturer and then sold. Jeff Koons argued that "this set of sculptures is a critique of greed and self-indulgence in modern consumer society", but Jeff Koons lost the case because the court held that copies made for commercial or profit-making purposes were illegal and that Jeff Koons's use of Art Rogers photographs was not a correct imitation.

Koons created the oil painting From Easyfun-Ethereal in 2000, using an advertised photograph of Gucci sandals taken by American photographer Andrea Blanch, with only the legs of the sandals and no upper body and face, which Koons mixed with other images and changed the style of the sandals. The court found that Koons's use of the photograph was transformative, that it embodied a unique creativity, that the mixed elements produced new language, and that Andrea Blanch did not have the rights to Gucci sandals, so it was copied from the legs of the woman in the photograph, who had no upper body and face portraits and could not be protected by copyright.

This issue is here, I hope my sharing can give your life and creation inspiration, welcome to click to followContemporary Art Original Public Number: Hello Contemporary Art，A person who is serious about contemporary art theory, with you to learn and grow with you. 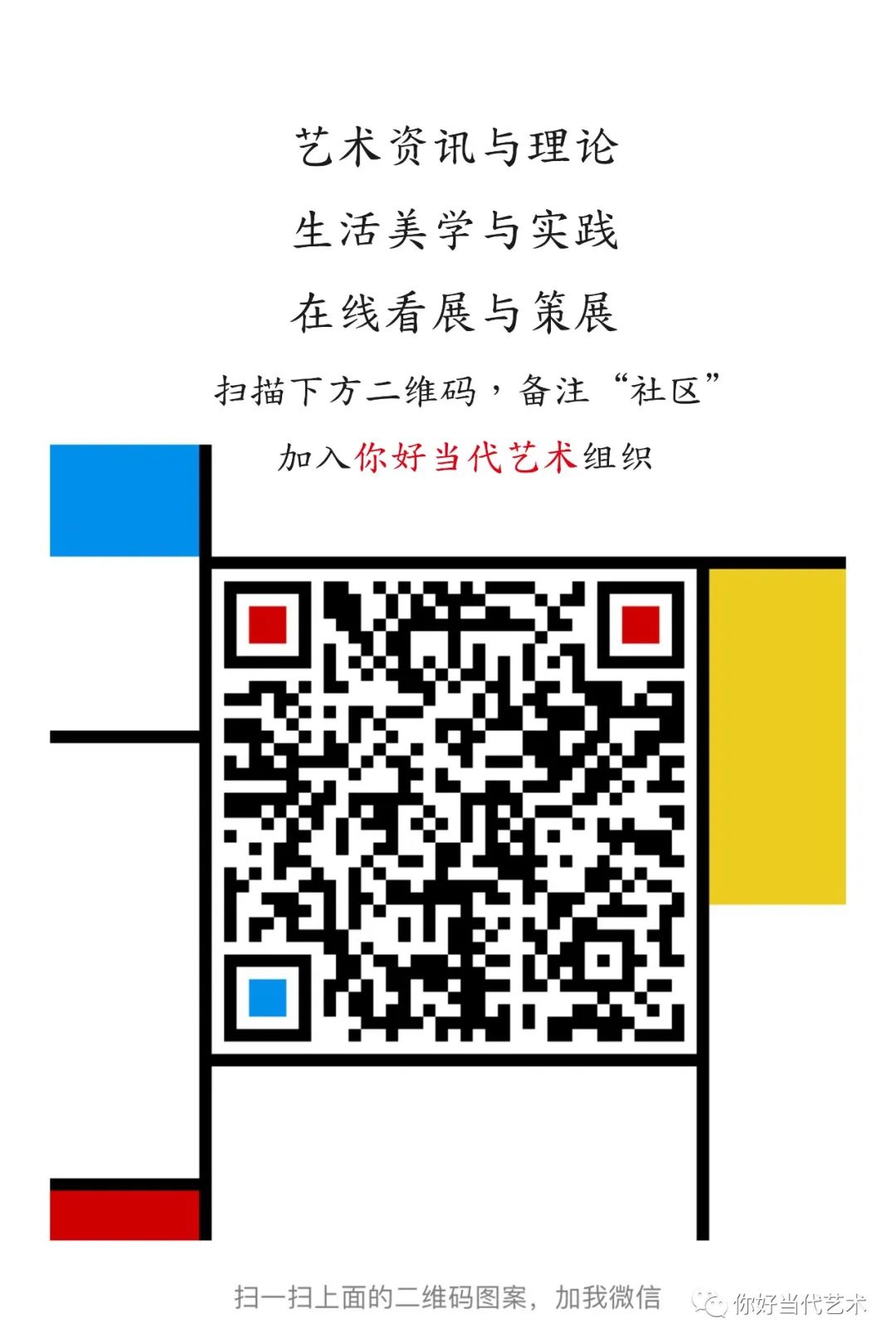 24th, a deep chat about misappropriation of art
Up to 200 words, currently totalWord.

喜欢此内容的人还喜欢
微信扫一扫
使用小程序
Cancel. 允许
Cancel. 允许
微信版本过低
当前微信版本不支持该功能，请升级至最新版本。
I know. 前往更新
确定删除回复吗？
Cancel. 删除
知道了
长按识别前往小程序
SHARE ON TwitterRedditTumblrEmailBufferLinkedInPin It
Does everyone know about EXO's Park Chan-soo? What do you know about him?
You can have nothing, but you must not have nothing. Pay attention to these numbers to learn!