The latest trend in social media marketing in China: emojis

Starting in the spring of 2020, we've noticed a new trend in social media marketing by international travel brands in China: emoji-themed posts. They have attracted a high level of engagement on WeChat and Weibo and have been successfully used by destinations, airlines and cruise lines.

Emojis are important, especially for microblogging marketing, which breaks down the elements of text and adds fun and color. But the trend in 2020 is to make emoji the central theme of the post, and there are many ways to do that. We've selected some of the best-performing emoticon-themed posts from international travel brands on Weibo and WeChat to illustrate this trend and how to incorporate it into B2C Chinese marketing content.

The first emoticon-themed post we noticed in 2020 was a WeChat article from the Dubai Tourism Board in early April, which had an average of 15.5% more views than the weChat article in the second quarter of the WeChat account. The article shows Dubai's attractions with emojis - readers guess the answer and click on the blank space below the emoji to see the landmark. For example, a combination of emojis representing the "world" and "highest" emojis and a "building" represents the tallest building in the world: the Burj Khalifa. 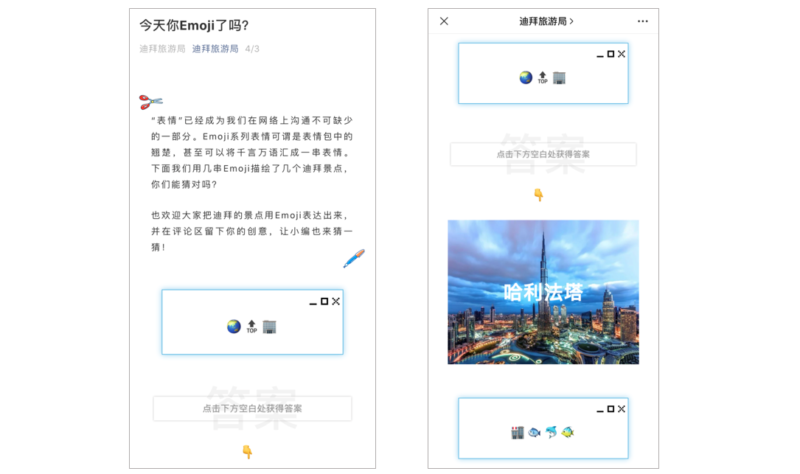 Dubai's attractions are represented by emojis, such as the "World's Highest and Tallest Building" and the Burj Khalifa

Cathay Pacific's World Emoji Pack Day in mid-July showed the airline's destination with an emoji bag. Similarly, readers guess first, then click on the screen below to find out. A group of expressions including mountains, hot springs, sushi, shopping bags, and trains means "Tokyo". The combination of a painter next to a bicycle, a tulip, a sunflower and a night-sky emoji is equivalent to "Amsterdam". The article was viewed more than 36,000 times, 71% more than Cathay Pacific's weChat article average in the second quarter. 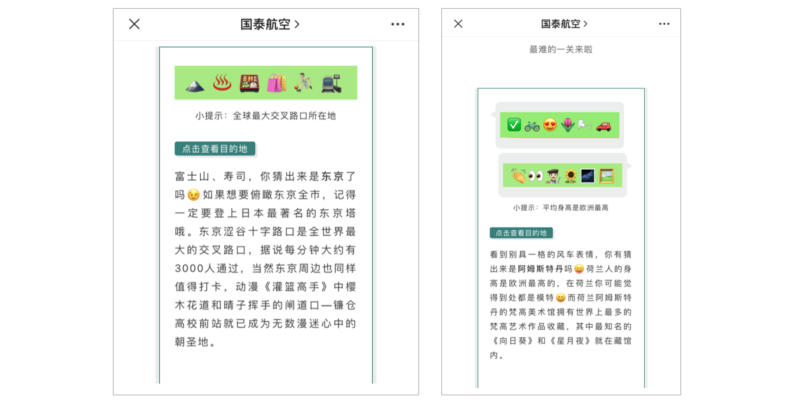 Cathay Pacific uses emojis to fly on behalf of the airline to cities around the world, such as Tokyo and Amsterdam

The Thai Tourism Board's "World Emoji Pack Day" WeChat article also showcases Thailand's attractions and activities through an interactive way of "Look at the Emoji Pack and click on the blank space to show the answer". The article was read 62% more than the average weChat article viewed by the WeChat account in the second quarter. For example, a couple with a Thai flag and a diving mirror plus a few fish are suggestions for diving in Thailand. Fan interaction at the end of the text asks readers to "translate" a slogan about travel to Thailand, which is illustrated with emojis. Guess the right reader can get an official gift. 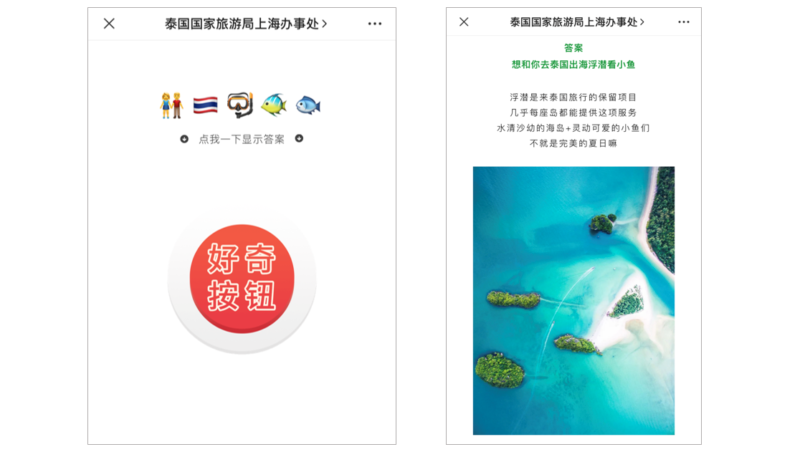 AirAsia has adopted a different and more challenging approach to WeChat emoticons, including fan engagement packages and high engagement. The WeChat article at the end of May used emojis with the same pronunciation as the destination name, allowing readers to guess and click on the phone screen to see if the answer was correct. For example, a chicken (ji) plus a long (long) plus a roller coaster (in this case, this expression is used to mean "slope/slope", po). Kuala Lumpur is the first name for Chinese Lumpur. The WeChat article gives answers to the four destinations and then asks the reader to interactively answer the other 17 emojis corresponding to the AirAsia flight destination. All right fans will have the opportunity to win a free ticket through the sweepstakes. The article received more than 54,000 views, with the average WeChat article viewed 45% higher in the second quarter. The attractive post has gained nearly 10,000 views in the past few months. (63,000 views as of the time of writing) 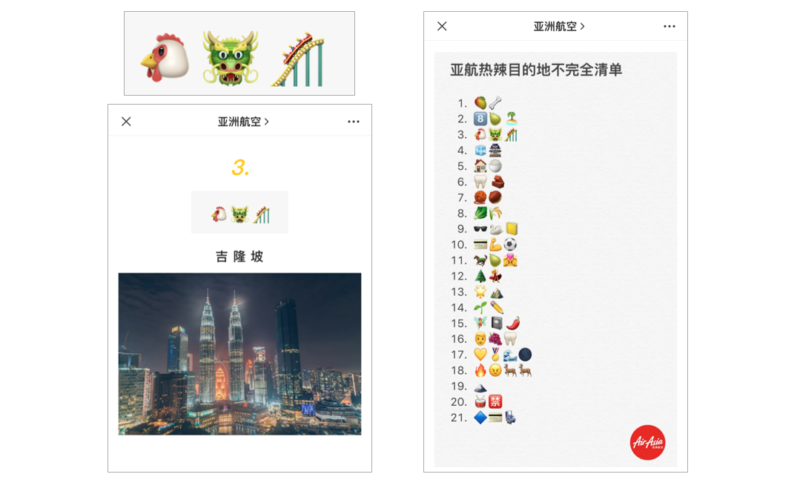 AirAsia spelled out the name of the Chinese emoji

At the end of July, Royal Caribbean Cruises posted an emoji package challenge on Sina Weibo. The event uses emojis to represent five on-board facilities that require followers to guess the answer to get a chance to win a prize. The challenge is not easy and requires combining some of the emoji pronunciation with what they express. What is a compass plus a chicken (ji) and a basketball (qiu)? Nanjiqiu, full name "Sky Pad Antarctic Ball", is a trampoline facility on a cruise ship. In addition, five emojis are used to indicate that different sports means "multi-purpose sports hall at sea". Weibo users commented that the challenge was difficult and they took some time to get involved. Comments showed that more than 15 people had signed up.

To celebrate Switzerland's National Day on July 29, the Swiss National Tourism Administration posted an emoji challenge on Sina Weibo, which requires a considerable amount of English vocabulary. The tourist board wrote a sentence in the first letter of each emoji bag's English name. The cone is "I" and the doughnut is "D" and so on. More than 200 people tweeted the answer: "I need Switzerland. " 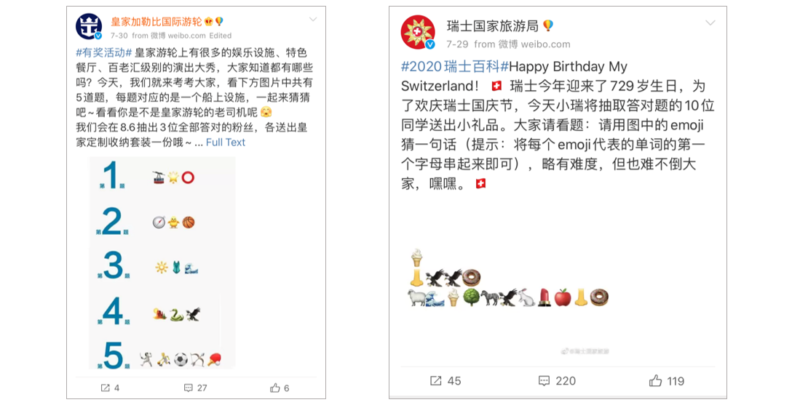 In late July, Royal Caribbean International Cruises and the Swiss National Tourism Board launched the Emoji Pack challenge on Twitter

This year, emoji-themed posts have brought above-average reading rates and high fan engagement, proving to be a great way to appeal to Chinese consumers on social media. By providing an interesting activity that can be used to promote your product or brand, it is easy to connect with award-winning activities.

The latest trend in social media marketing in China: emojis
Up to 200 words, currently totalWord. 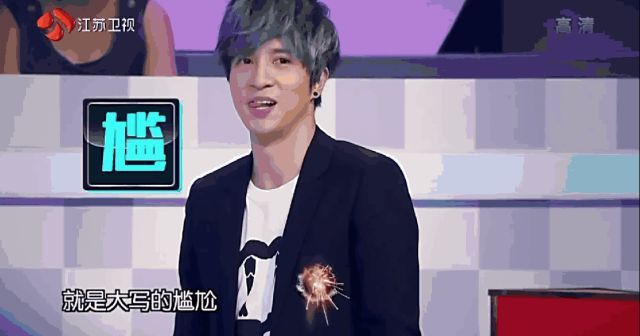 This list of advertising strategies, please put it away! 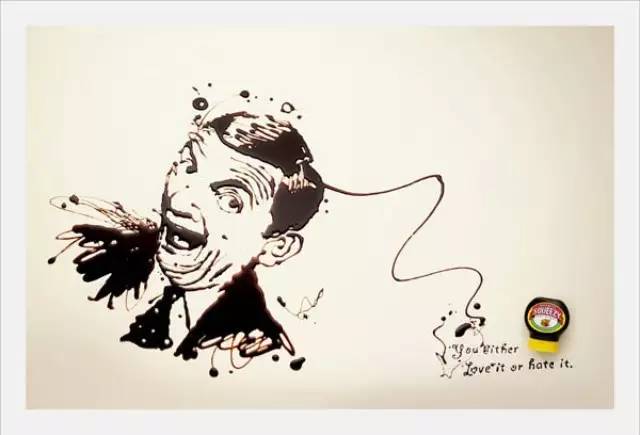 Advertising Strategy: From the Three Nations to three squirrels, you don't know the way big guys advertise outside the station 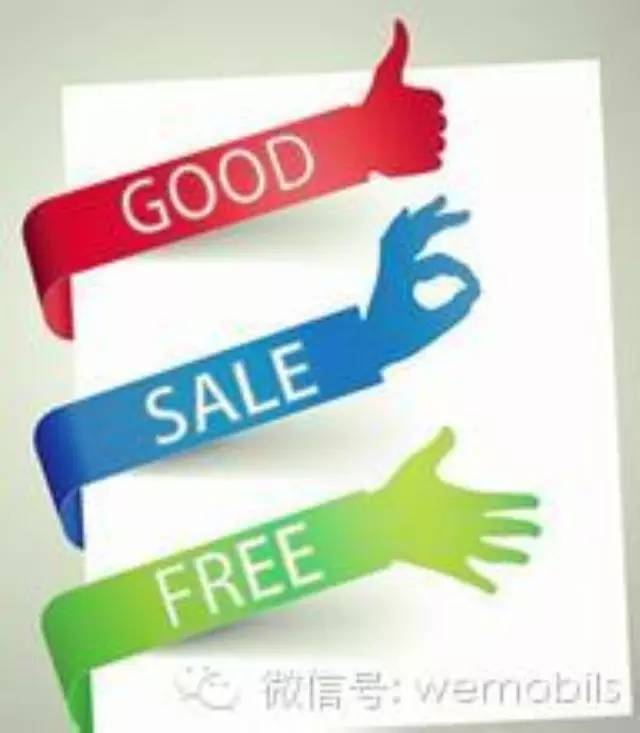 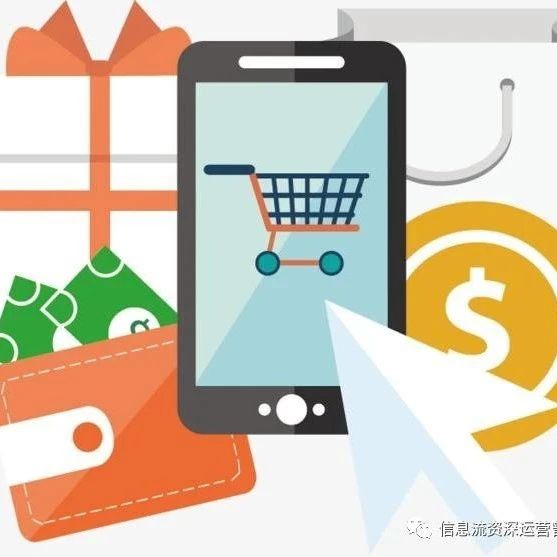